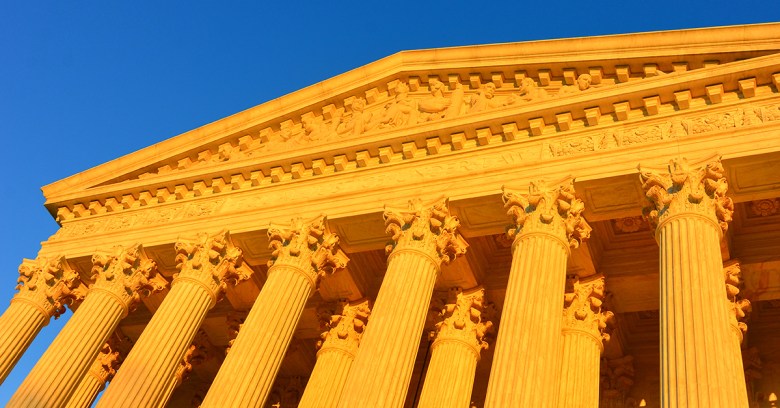 In April 2014, Timothy Ivory Carpenter was sentenced to 116 years in jail for robbing six cellular telephone stores at gunpoint.

The sentence was, ironically, at least partly on the basis of months of cellphone location records, turned over without a warrant, that tied Carpenter to the scenes of the crimes.

Reuters reports that on Monday, the US Supreme Court agreed to take up the case. The outcome could well mean that, for the first time, police could be required to obtain warrants to get cellphone location data pertaining to the phones of criminal suspects.

Taking up the case means the Supreme Court will take a fresh look at privacy and our reliance on rapidly changing technology: something that lower courts have indicated needs to happen instead of relying on decades-old privacy rulings.

Because cellphone location records can reveal countless private details of our lives, police should only be able to access them by getting a warrant based on probable cause. The time has come for the Supreme Court to make clear that the long-standing protections of the Fourth Amendment apply with undiminished force to these kinds of sensitive digital records.

Carpenter’s lawyers said that a prosecutor had sought access to more than five months of his cellphone location records. They didn’t seek warrants based on probable cause, however; rather, they requested the records under the Stored Communications Act, which has a lower standard and allows phone companies to disclose records when the government shows “specific and articulable facts showing that there are reasonable grounds to believe” that records at issue “are relevant and material to an ongoing criminal investigation”.

But a district denied the request, saying that Carpenter “had no reasonable expectation of privacy in cellphone location records held by his service provider.” He was convicted on 11 of the 12 counts for which he was indicted.

The Federal government has urged the Supreme Court to deny a review of Carpenter’s case. In doing so, it pointed to two Supreme Court cases from the 1970s that held that obtaining a business’ records about somebody doesn’t equate to a “search” of that person, and hence doesn’t merit a warrant even if the records contain information about the person. It shouldn’t matter that Carpenter’s case involves “new technologies” like cellphones, the government has tried to argue.

Given Monday’s decision to review Carpenter’s case, it might turn out that the justices don’t agree with that thinking.

Since that 2015 decision, we’ve been stuck with what Electronic Frontier Foundation civil liberties lawyer Hanni Fakhoury has called a hodgepodge, with the question of warrantless phone tracking left in limbo as state courts and some higher courts have come to contradictory decisions:

What does all this mean for someone who lives in Florida? One court has said yes and one has said no. That’s problematic.

Now that the Supreme Court’s finally taking on the issue, privacy rights might regain some ground, but that’s certainly not a given. But as it is, it’s ruled against warrantless phone search in rulings such as US vs. Jones and Riley vs. California.

In fact, we can look to Riley vs. California for some indication of what the court might be thinking nowadays about privacy and the gadgets that are welded to our palms. In reaching the conclusion in that case, Chief Justice John Roberts observed that today’s phones are…

Based on technology nearly inconceivable just a few decades ago [and] are now such a pervasive and insistent part of daily life that the proverbial visitor from Mars might conclude they were an important feature of human anatomy.