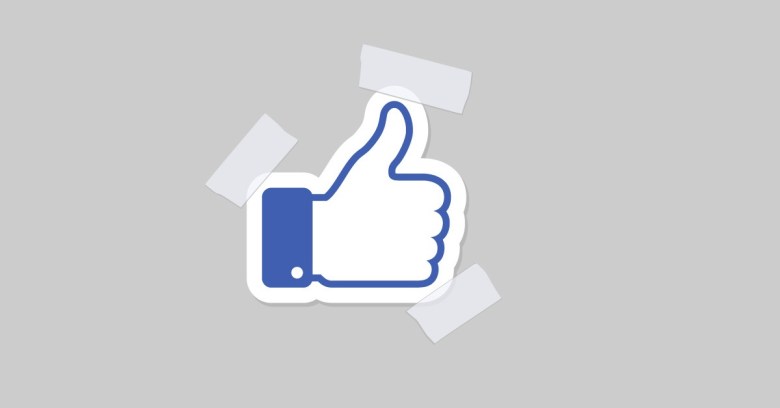 I was talking to an IT headhunter the other day who’s been slaving away on his YouTube channel, filling it with tutorials full of career tips that are really quite helpful, albeit woefully under-Liked.

“How do I get these things viewed?!” he wanted to know.

Well, you have to flog them on social media (yes, of course he’s doing that) and you need to make yourself available to reporters who might link to them if the content is relevant (well, duh, that’s why he was talking to me) and you could go to conferences to promote yourself (check, check, check!) OK, honestly, I don’t have a clue how to get real, authentic Likes.

Here’s what I should have told him: hop a plane to Moscow, head downtown to the Okhotny Ryad shopping center, and buy yourself some love from this vending machine:

Russia takes the worst excesses of capitalism to the extreme, so here’s a vending machine in a mall for buying Likes for your Instagram pics pic.twitter.com/ZZt189opgd

As Motherboard reports, the vending machine was first spotted by journalist Vasily Sonkin and posted to Twitter by his colleague Alexey Kovalev.

Kovalev said these are for real: he’s seen a couple of the machines across town, and he told Motherboard that he’s heard that they can be found in other Russian cities.

Oh, shoot, hang on: I don’t think my friend will have any luck trying to spend his rubles on fake Likes for YouTube. The vending machines apparently sells fake Instagram Likes, as well as fake Likes and followers for VK, the Russian version of Facebook, also known as Vkontakte.

For the low, low price of 50 Russian rubles ($0.88), your Instagram artistry will get boosted by 100 fake Instagram Likes from what one Twitter wit called the “troll farm in a box.” Feeling spendy? Double your money, and $1.77 will get you 100 Instagram followers. All that, and you don’t even have to emerge from the mole-like experience of the underground shopping center, Motherboard’s Louise Matsakis points out.

While you’re buying your feelies from the box, you can also satisfy other urges: the vending machine can also take your selfies and print Instagram photos.

Wait. Is this fake news? As one Twitter commenter pointed out, there’s one, lonely image of the vending machine floating around. Kovalev didn’t document it to ascertain whether the thing actually works, but he’s promising to take a video and post it soon.

He told Motherboard he was too awe-struck to document the box when he first saw it:

First time I saw it I was so baffled that I forgot to snap a pic.

OK, so maybe the acquaintance who’s hungry for YouTube love is out of luck vis-a-vis the Moscow trip. But he needn’t despair: he can always go to the fringes of the internet to buy what he’s after.

For example, as Kovalev subsequently posted, there’s far more your money can buy you than this rinky-dink bunch of vending-maching Likes:

Instalike vending machine is for cheapskates. For $850 you can buy 150,000 followers guaranteed to deliver up to 1500 Likes to each post. pic.twitter.com/5V3HTQ4kfl

And as social media platforms such as Facebook know all too well, there are scads more places to obtain warm ‘n fuzzy: it can be had via malware, compromised accounts, duped users or purchased bulk Likes. Also, Mashable reported recently, fake Likes are closely tied to fake news: those who spread it “are known to use ghost accounts and bot traffic to juice their numbers for advertisers,” it said.

We know that because of a recent Facebook investigation. In April, the social media giant announced it had deleted 30,000 fraudulent accounts in France ahead of the country’s presidential election.

At the time, Mashable reports, Facebook said that it had spent six months investigating one scheme wherein fraudsters used various technical tricks to mimic human behavior, such as running traffic through proxies to make it seem like the accounts were spread across Asia and the Middle East instead of via a centralized data center.

They were apparently working to spread comments and likes on the pages of popular media outlets in hopes of friending users. Then, the bots would flood those “friends” with spam.

Facebook said that, as far as its security team could tell, the scam didn’t progress to that point: by the time they started shutting it all down, the accounts hadn’t yet started in on friending and spamming. As of April 15, Facebook was still scrubbing out the fake Likes.

Here’s the thing about both fake Likes and fake news: they’re all financially motivated, as Facebook points out. Where you find fakery, you find spam, and where you find spam, you often find malware, tech support scams and all other flavors of nasty.

In other words, buying fake Likes isn’t just a harmless indulgence of vanity or hunger for fame. It’s an activity that supports crooks and fertilizes a financial ecosystem that should be left to wither and die.

It also skewers efforts to figure out how well people’s marketing efforts are doing. Take Jon Loomer, a social media consultant, for example. Back in 2012, when Facebook was first addressing the spreading fungus of fake Likes, Loomer lamented being targeted by Like scams.

Loomer had happily watched his Likes grow, only to find that much of it came from participants in what’s known as tagging sessions. Those people didn’t have a clue as to who he was or what his page was for. It left Loomer in the dark regarding what real relationships he’d managed to form:

Have fake Likes undercut your own efforts to spread your brand, your content, your goodness, your overall awesomeness? Please do share your story in the comments section below. And of course, if you have tips on getting decent YouTube videos to go viral – or at least to pick up more than a handful of Likes – I have a friend who’s all ears.