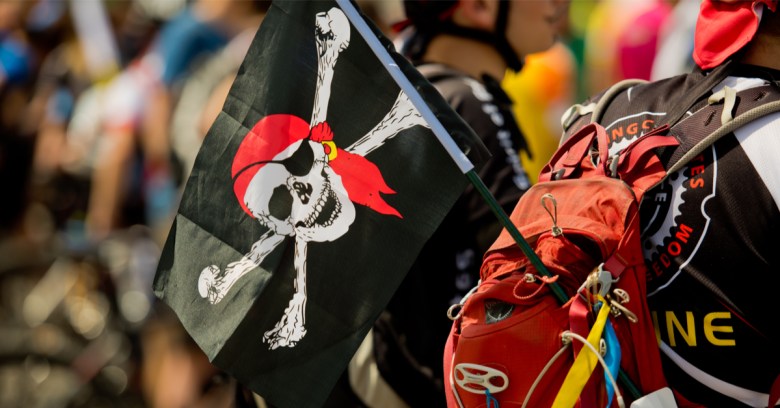 A group of 30 entertainment companies, including major players like Netflix, HBO, Twentieth Century Fox and Amazon, have teamed up to take on piracy.

Uniting together as ACE, the Alliance for Creativity and Entertainment, the coalition of studios, networks, digital media players and distributors plans to combine resources and work alongside law enforcement to put an end to piracy.

Though the companies recognise the positive impact of digital innovations, with them comes an increase in piracy. It’s estimated that last year alone there were 5.4 billion illegally downloaded films and TV shows and piracy sites racked up a massive 21.4 billion visits. And, we’ve seen high-profile evidence of this just recently when a hacker held Netflix to ransom over the latest series of Orange is the New Black, Disney lost out when the fifth Pirates of the Caribbean film was stolen and HBO took a hit when Game of Thrones season 5 was leaked.

Covfefe was not a typo

But now it turns out that COVFEFE is real.

Sky News reports that the Communications Over Various Feeds Electronically for Engagement (COVFEFE) bill was written up to ensure that presidential tweets aren’t deleted.

Democratic congressman Mike Quigley who introduced the bill, and gave it the rather tongue-in-cheek title, said: “In order to maintain public trust in government, elected officials must answer for what they do and say; this includes 140-character tweets.”

He added, “If the President is going to take to social media to make sudden public policy proclamations, we must ensure that these statements are documented and preserved for future reference.”

Megaupload creator and, as his Wikipedia page lists, ‘businessman, musician, and political party founder’ Kim Dotcom has lost another battle to reclaim $42 million seized by the US government, reports CNET.

Dotcom was arrested in 2012 in New Zealand on piracy-related charges but while on bail he continues to fight his extradition to the US.

According to the US Govt I’m a fugitive for using my treaty rights to defend against extradition to the US.
A country I’ve never been to. 🤔

While ill health and fugitive status are keeping him from being charged in the US, the Department of Justice argues that these are invalid reasons for returning the money and assets, including jet skis, luxury cars, a $10,000 watch and art worth more than $100,000.