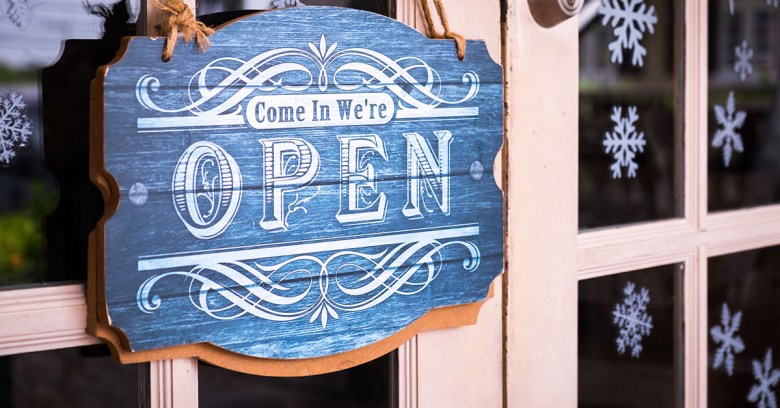 Much to the chagrin of brick-and-mortar shops, people have been using Amazon to look up and compare prices from showrooms and other retailers since the site debuted 23 years ago.

But now, thanks to a newly granted patent, Amazon will be able to squash all that – at least, when it comes to its own stores. After a five-year wait, Amazon was recently granted a patent to stop shoppers from checking online prices from competitors when we’re in one of its shops.

What perfect timing! Amazon is also buying Whole Foods for $13.7bn, it announced on Friday.

Don’t like the price of Amazonified bananas? Want to find out how much they’re going for at Walmart? Sorry, banana-muncher, you’re out of luck!

At least, that’s an example of what could happen, Ebenezer Scrooge, not what will. For all we know, this could be a defensive patent, as The Verge points out.

The patent, titled “Physical store online shopping control”, describes a system that would prevent customers from comparing prices in Amazon stores by watching any online activity conducted over its Wi-Fi network, detecting any information of interest and responding by sending the shopper to a completely different web page, or even blocking internet use altogether.

The patent describes how Amazon could interfere with a shopper’s online browsing in “the event that requested content is determined to be associated with or potentially associated with a competitor or an item of interest”.

After Amazon’s system sniffs out when a consumer’s looking up an item on a competitor’s site, it could determine what the competitor’s charging, then take action if the price beats Amazon’s price by a certain threshold.

If Amazon doesn’t like what the shopper’s seeing online, “information may be blocked” or the customer “may be redirected to other content,” such as an Amazon webpage. There, Amazon might offer a coupon or a special offer.

Besides hijacking the Wi-Fi session, the technology would enable Amazon to zero in on a shopper’s physical whereabouts in the store. Or, in patent-speak, “the location may be triangulated utilizing information received from a multitude of wireless access points”. Then, the retailer could try to upsell customers on nearby items or might even send a sales rep to them.

If you like price checking, this is yet one more – of many – reasons to stay away from open, public, free Wi-Fi networks.

As we’ve warned in the past, open Wi-Fi, where you don’t need any type of password at all, enables anyone within a few meters (or determined hackers who are 100 meters away or even more) to eavesdrop on everything you send and receive.

Even if the network is encrypted, anyone else who knows the password can listen in at the moment you connect, capture what’s called your “login handshake”, and then eavesdrop the rest of your traffic anyway.

If you don’t like the notion of Amazon controlling your internet browsing activity when you’re in its stores, the solution is simple: don’t connect to its network, and don’t download its app.

But again, if you’re squeezing this Wi-Fi fruit and it’s too squishy, put the Amazon network and app right back on the shelf, and put your phone into airplane mode.

Here are more examples of why you might want to stay away from open Wi-Fi networks: