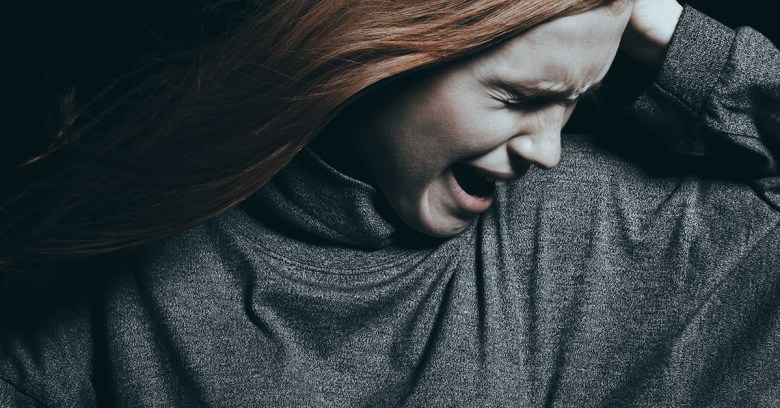 Last month, Google-backed genomics giant 23andMe announced it would be enlisting the help of 20,000 volunteers – along with German pharma company Grünenthal – to carry out a major new study of the genetics of pain.

The new study comes on the heels of results announced last year, when data from 450,000 of the company’s users was crunched by scientists from Massachusetts General Hospital and pharma giant Pfizer to reveal 17 genetic variations in 15 genes linked to the risk of self-reported depression.

On paper it sounds simple: ask people to put their hand in icy water for up to three minutes, in the momentary discomfort of their own home, and report back on how long they can stick it out before the pain becomes intolerable. In scientific parlance, it’s known as a “cold pressor” test. The researchers will also ask participants to carry out surveys about their pain history and tolerance.

The reasoning behind the study is similarly plain. A large US study showed that there is a difference in pain prevalence across gender and ethnicity, arguing for a likely role for genetics in determining the differences, while a UK-based investigation revealed a substantial genetic influence on pain. But while these studies can tell us to what extent pain tolerance is “in the genes”, they don’t reveal the actual identity of any of the genetic culprits – something the 23andMe study hopes to do.

That’s important, because knowing the identity of the genes (or, more accurately, genetic variations) responsible for pain tolerance is a smart way to find potentially valuable targets for novel painkillers, or develop genetic tests to help doctors give the right drugs to the right patients. As well as potential financial gain there’s an urgent medical need, because our current repertoire of anaesthetics and painkillers are woefully inadequate.

As someone who strongly believes that large-scale genetic research is vital if we’re to unpack the confusion and complexity in the genome, I broadly welcome this use of 23andMe’s huge and apparently willing cohort of volunteers. There’s a huge amount we don’t know about the “black box” between genotype (our genes) and phenotype (how we turn out). But much as I hate to pour cold water on the study, there are a few issues to be considered.

For a start, there’s the data. Rather than coming in to a research lab for the cold pressor test, volunteers are being asked to do it at home. Anyone who has ever watched website user testing will know all too well that people’s interpretations of seemingly blindingly obvious instructions can be highly variable.

While the large sample size will hopefully iron out any major irregularities, it’s not clear whether the researchers plan to validate the self-reported data by directly testing a comparison group under controlled circumstance, although I hope that they do.

In terms of informed consent – a hot topic in research right now – the participants will only be recruited from 23andMe customers who have already consented to be involved in research, with an additional consent form on top of that. A brief scroll through the comments on 23andMe’s blog post announcing the research reveals desperate chronic pain sufferers only too eager to get involved.

While that’s understandable, this means that there’s a risk of a self-selecting group being over-represented in the sample – something that will hopefully be corrected for in the data analysis. There’s also the small but uncontrollable likelihood of people being harming themselves during the test. I haven’t seen the consent form for the study, but I would be interested to know whether 23andMe assumes responsibility for this risk or passes it on to the participants under the banner of “informed consent”.

Then we should consider what the results can actually tell us. We know that most traits are generated by the complex interplay of tens or even hundreds of genetic variations, working together with the environment within and around us. And these variations aren’t just in our 20,000-or-so genes, but also in in the millions of stretches of DNA that act as control switches, turning genes on and off at the right time and in the right places.

Deconvoluting the genetic and environmental interactions from large genomic studies like this is a major challenge, and may not reveal neat and handy variations in molecules that that can be easily targeted by pharma companies in search of the next blockbuster painkiller.

For example, research into the genetics of obesity has thrown up far more hits on genes that are active in the brain, rather than in energy metabolism or fat storage, suggesting that behaviour and psychology may be more important than basic physiology.

Given the known links between chronic pain and the mind, especially the emotions, I’ll be intrigued to know whether any genetic markers uncovered by this study are genuinely associated with the physical mechanisms of pain tolerance or lie more with psychological traits, which will be hard to interpret. It might even be the case that the cold pressor test might reveal much more about the genetic links to traits such as ‘stubborn-ness’ or ‘showing off’!

None of these issues is a reason not to do this kind of research – and as a relatively easy and low-cost fishing expedition, there may be some important and useful surprises lurking in the data that can be followed up in more detail in due course – but we should keep cool heads about the kind of answers it might provide.