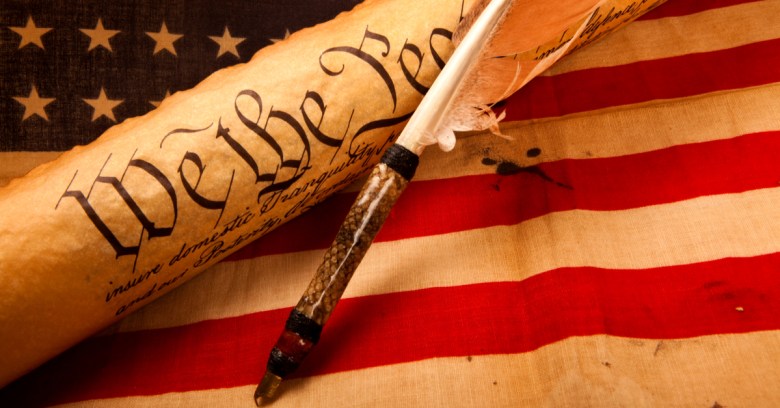 According to IndyWeek, this is the update Packingham wrote: 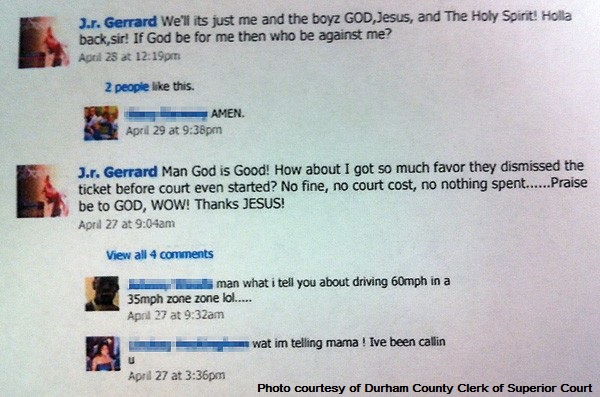 Man God is Good! How about I got so much favor they dismissed the ticket before court even started. No fine. No court cost, no nothing spent … Praise be to GOD, WOW! Thanks, JESUS!

That innocent Facebook post would end up making Packingham, a registered sex offender who’d had sex with a 13-year-old when he was 21, a felon. Within days of the Facebook post, his home was searched. Three cellphones, a thumb drive and a hard copy of his profile picture were confiscated.

Packingham was convicted in May 2012 of violating a 2008 law barring registered sex offenders from accessing any social networking site.

More than 1,000 people have been convicted under that law. Packingham, however, fought back.

As his case wound its way through trial court, State Appeals court, and the State Supreme Court, judges have weighed complex issues: what rights should sex offenders be granted to access the internet? How should those rights be balanced with the need to keep children safe? And how should the court weigh in on the rapidly evolving digital landscape?

Years later, on Monday, the highest court in the country decided in Packingham’s favor: it unanimously voted to uphold the right of sex offenders to post on to social media platforms where children might be present.

In a decision based on First Amendment grounds, the court struck down the North Carolina statute that makes it a felony for a registered sex offender “to access a commercial social networking Web site where the sex offender knows that the site permits minor children to become members or to create or maintain personal Web pages”.

In a 24-page ruling (PDF), the Supreme Court said that the statute “impermissibly restricts lawful speech in violation of the First Amendment”.

From the decision, in a passage that quotes a 1997 ruling in Reno v. American Civil Liberties Union:

A fundamental First Amendment principle is that all persons have access to places where they can speak and listen, and then, after reflection, speak and listen once more. Today, one of the most important places to exchange views is cyberspace, particularly social media, which offers ‘relatively unlimited, low-cost capacity for communication of all kinds’.

The Supreme Court noted that this is one of the first cases it’s taken to address the relationship between the First Amendment and the modern internet, and it’s mindful that with a technology “so new, so protean, and so far-reaching,” the judicial system must exercise “extreme caution” before deciding to bar access to individuals:

What [the courts] say today may be obsolete tomorrow… The Court must exercise extreme caution before suggesting that the First Amendment provides scant protection for access to vast networks in that medium.

In the opinion, Justice Anthony Kennedy warned that nothing in his opinion should be read as a blanket prohibition on more “narrowly tailored” laws aimed at keeping sex offenders in check.

Having said that, the North Carolina statute went way too far, he said. The way that Kennedy described it, the law was akin to excommunicating villagers from the public commons when they could in fact be helped, by social media and the internet, to reform and become contributing members of society:

With one broad stroke, North Carolina bars access to what for many are the principal sources for knowing current events, checking ads for employment, speaking and listening in the modern public square, and otherwise exploring the vast realms of human thought and knowledge.

Foreclosing access to social media altogether thus prevents users from engaging in the legitimate exercise of First Amendment rights. Even convicted criminals  and in some instances especially convicted criminals – might receive legitimate benefits from these means for access to the world of ideas, particularly if they seek to reform and to pursue lawful and rewarding lives.