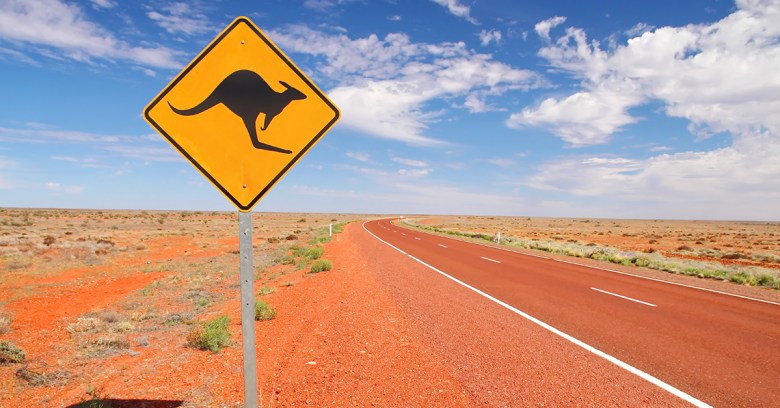 It’s been a bit of a bumpy road for driverless cars, what with fatal crashes, falling foul of regulators in San Francisco and more crashes, but Swedish carmaker Volvo seems to have run into a unique problem in Australia: their driverless cars are struggling to recognise kangaroos.

The BBC reported on Tuesday that the S90 and XC90 models, which use the carmaker’s Large Animal Detection System to scan the road for big beasts such as elk and caribou, aren’t coping well with the much faster-moving marsupials.

David Pickett of Volvo told Australia’s ABC: “We’ve noticed with the kangaroo being in mid-flight … when it’s in the air it actually looks  like it’s further away, then it lands and looks closer.”

Added Pickett: “First, we have to start identifying the roo. We identify what a human looks like by how a human walks, because it’s not only the one type of human – you’ve got short people, tall people, people wearing coats. The same applies to a roo.”

We’ve never seen a kangaroo wearing a coat, but we hope Volvo’s cars learn to recognise the roos soon.

Planning on taking old-fashioned books in your carry-on if you’re flying to the US from a country or on an airline affected by the laptop ban, which includes Kindles? The US Transport Safety Administration (TSA) has been trialling a scheme removing books from carry-on bags as passengers go through airport security.

The Hill reported at the weekend that the TSA had run tests at airports in California and Missouri when passengers had been asked to remove books and magazines from their luggage and examined separately. The fear is, apparently, that books can be hollowed out to hide contraband – drugs and explosives.

The ACLU expressed concern about the move by the TSA, saying: “Books raise very special privacy issues … there is a long history of special legal protection for the privacy of one’s reading habits in the United States. We know that in the airline screening environment, there have been multiple cases where passengers have been singled out because of their First Amendment-protected expressions.”

The ACLU added: “To at least one woman who experienced the new policy, ‘The scrutiny of my books, magazines and foods feels even more invasive’ than body scanners, swabs and pat-downs.”

It’s not clear if this is going to be rolled out more widely: The Hill and Time reported that plans had been shelved, but the ACLU referred to an earlier interview with John Kelly, the homeland security secretary, who said “we might, and likely will” apply the policy nationwide.

Google has been fined €2.42bn for abusing its power by promoting its own shopping comparison service at the top of its search results.

The fine was levied by the European Commission, which had accused the search giant of distorting the market and giving “illegal advantage” by promoting its comparison service, in breach of EU antitrust rules.

Google, which has 90 days to comply or risks further fines of 5% of the average daily turnover of Alphabet, its parent company, said: “We respectfully disagree with the conclusions announced today”, and added that it would “review the Commission’s decision in detail as we consider an appeal.”

Competition commissioner Margrethe Vestager said: “Google has come up with many innovative products and services that have made a difference to our lives. That’s a good thing … But what Google has done is illegal under EU antitrust rules. It denied other companies the chance to compete on the merits and to innovate. and most importantly, it denied European consumers a genuine choice of services and the full benefits of innovation.”