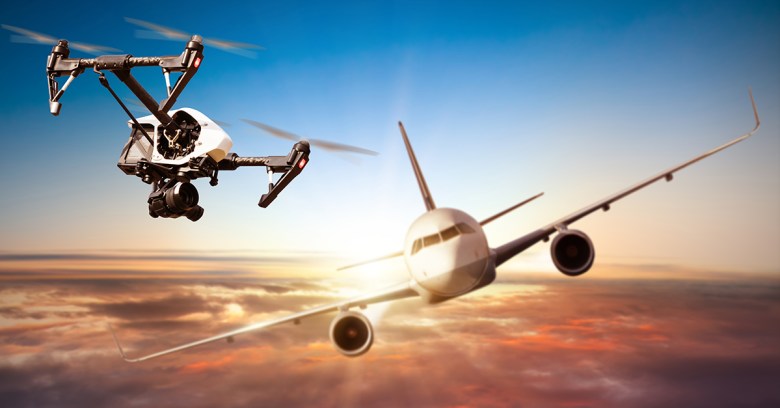 London’s Gatwick airport was closed twice over the weekend and flights were diverted after a drone flying too close to the airport sparked safety fears for flights.

Four EasyJet flights and one British Airways flight were diverted while the runway was closed for two periods on Sunday evening, said the airport, which added: “Due to reports of a drone observation in the vicinity of the airfield, runway operations at Gatwick were suspended … resulting in a small number of go-arounds and diverts.”

The Guardian reported that there have been 33 drone incidents near airports in 2017.

Meanwhile, in the US, the Federal Aviation Authority is reported to be looking at ways to allow law enforcement to identify a drone remotely.

The FAA’s Drone ID Aviation Rulemaking Committee, which includes representatives from Amazon, Qualcomm and the NYPD, met just over a week ago to discuss a proposal for remote ID of drones – and thus greater accountability for pilots.

One good piece of news for air travellers to the US is that the laptop ban has been lifted on direct flights from Abu Dhabi, according to Reuters.

The Department of Homeland Security said that tighter security measures put in place by Etihad Airways at Abu Dhabi airport had been checked by the Transportation Security Administration, with spokesman David Lapan adding that Etihad’s efforts were a model for other airlines.

Etihad is the only carrier to operate direct flights from Abu Dhabi to the US, and said the clearance had come thanks to its facility where US-bound passengers clear immigration before they leave Abu Dhabi.

Remember the exploding Galaxy Note 7s, which Samsung first tried to fix, then withdrew and then deliberately bricked when they realised there were still devices out in the wild and at risk from their batteries?

Ever thrifty, Samsung has salvaged the safe parts from the recalled devices and is to sell what it’s calling the Fan Edition, or Note FE, in South Korea from later this week.

The BBC reported that about 400,000 handsets will be made available in South Korea, and will be sporting batteries smaller than the ones that caused the original devices to catch fire that Samsung says has passed strict safety tests.