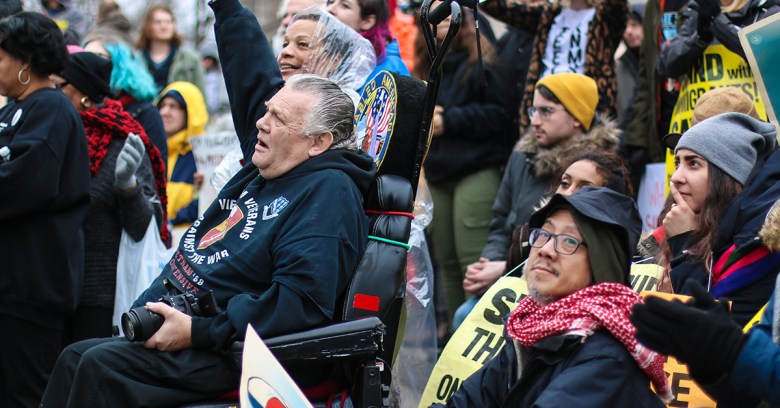 Facebook is fighting the US government over a gag order that muzzled the company so it couldn’t alert users about search warrants for their account information before complying.

Little about the case has been unsealed at this point.

What is known: BuzzFeed, which has seen unsealed court filings, said that the search warrants were for three accounts and that they span three months worth of Facebook activity.

They warrants were accompanied by a nondisclosure order – in other words, a gag order that prohibits the company from disclosing the probes before it complies with the warrants – from a District of Columbia Superior Court judge.

Facebook’s challenge was initially defeated in Superior Court, so it next took the case to the DC Court of Appeals. There, on June 14, a three-judge panel issued an order saying that an unsealed notice about the case could be provided to any groups that might want to weigh in with friends of the court briefings, be they on behalf of Facebook or the government.

Facebook’s amici curiae were due on June 30. The government’s response and any potential friends of the court briefings on its behalf are due on July 31. The case will be picked up by the court in September; the order didn’t specify a date.

There are clues that the case might well stem from mass arrests of demonstrators in Washington, DC during the January inauguration of Donald Trump (pictured): legal moves that have been paired with keen interest from prosecutors and police in mining social media on the arrestees.

During the inauguration parade, sweeping arrests caught rioters, protesters, medics, lawyers and journalists alike, which would account for the variety of groups that have filed friends of the court briefs in Facebook’s case.

There were approximately 230 people concerned with the protest – be they protesters or those helping or reporting on protesters – who were arrested on Inauguration Day, and police mined Facebook for data on an unknown number of them.

Prosecutors are also known to have accessed data from the locked phones of 100 protesters. In March, court filings revealed that the prosecutors were creating a cloud-based database full of personal data extracted from their phones, and that they wanted to make the data available to the lawyers of 214 defendants accused of felony rioting.

Federal prosecutors subsequently said that 217 of the protesters will be charged with felony rioting. According to Facebook’s public notice to potential amici curiae about the case that it’s now battling, the warrants relate to an investigation into potential felony charges, and “neither the government’s investigation nor its interest in Facebook user information was secret”.

The brief filed by the EFF, et al., also has a footnote that suggests that the investigation in question relates to the mass arrests on Inauguration Day:

The timing of the government’s investigation and the underlying motions of this case in the Superior Court of the District of Columbia coincide with the proceedings in the cases involving the January 20, 2017 Presidential Inauguration protesters, who are currently facing prosecution in the same jurisdiction.

On Monday, Facebook told Reuters that it’s fighting the gag order on the basis of First Amendment issues:

We believe there are important First Amendment concerns with this case, including the government’s refusal to let us notify three people of broad requests for their account information in connection with public events.

Besides challenging the gag order on the basis of defending free speech, Facebook said in an undated court document seen by Reuters that the events underlying the government’s investigation were generally known to the public already.

As for the amici curiae, the EFF noted in its brief that expecting social media companies to fight on behalf of their users for their First Amendment rights – without those users even being aware that those rights are being adjudicated – is problematic on two fronts.

And even if they were so motivated, social media service providers likely lack sufficient information about the context and circumstances surrounding the request – such as whether it is likely based on speech or associations – to raise First Amendment concerns.