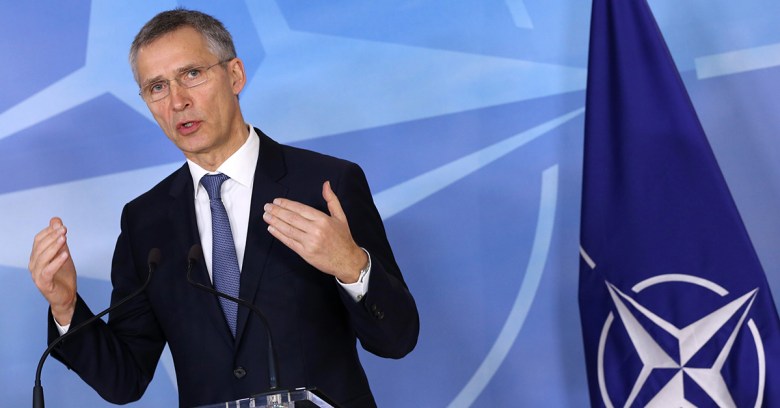 Ukraine, which has been the victim of cyber-attacks ranging from those taking out its power stations to being the main victim and likely focus of the Petya outbreak last month, is getting support from NATO to help protect it against further attacks.

Jens Stoltenberg, NATO secretary-general (pictured), told reporters in Kiev on Monday that “we are in the process of providing Ukraine with new equipment to some key government institutions”.

Speaking at the end of his two-day visit to the country along side Petro Poroshenko, Ukraine’s president, Stoltenberg added that the new equipment “would help Ukraine investigate who is behind the different attacks”. Kiev has accused Moscow of being behind the Petya attack, saying it was a co-ordinated attack on the country’s infrastructure.

China’s “Great Firewall” is being tightened even further, according to Bloomberg, which reported on Monday that Beijing has told state-run telecoms companies to block access to VPNs by February 1 2018.

China’s biggest telecoms providers are China Mobile, with 860m subscribers, China Unicom, which has 268m customers, and China Telecom, with 227m users, and the order from Beijing means that they would be unable to bypass the “Great Firewall”, which blocks access to a number of western news sites and social media platforms.

The Hong Kong-based South China Morning Post called on Monday for the “Great Firewall” to be torn down, saying in an editorial that won’t go down well in Beijing that “such action … curbs creativity and innovation. That, over time, will be to the nation’s detriment.”

An ongoing internet outage is costing Somalia some $10m a day, according to the Somalian government. The outage, which began more than two weeks ago, happened when an undersea fibre-optic cable was accidentally damaged, apparently by a large ship.

Abdi Anshur Hassan, Somalia’s post and telecommunications minister said the incident was “a major disaster” that had cost the country “more than $130m”. He pledged that the service would be fixed “this week”, the BBC reported on Monday.