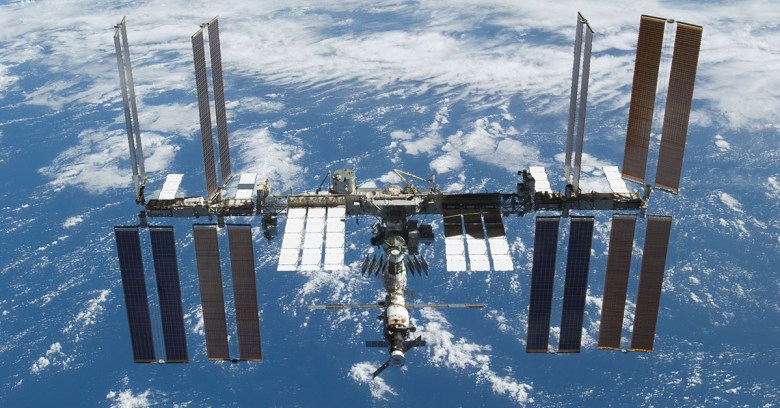 Visit the ISS – without leaving your house

Fancy a trip to the International Space Station? Most of us won’t be able to visit it for real while it’s in orbit above the Earth, but now thanks to Google Street View, you can poke around the ISS from the comfort of your sofa.

Google worked with astronaut Thomas Pesquet, who spent six months on the ISS as a flight engineer, to record the images that have been used to create the Street View tour of the space station.

In a blog post, Pesquet says: “Because of the particular constraints of living and working in space, it wasn’t possible to collect Street View using Google’s usual methods.”

Pesquet goes on to explain: “Instead, the Street View team worked with NASA at the Johnson Space Center in Houston, Texas and Marshall Space Flight Center in Huntsville, Alabama, to design a gravity-free method of collecting the imagery using DLSR cameras and equipment already on the ISS.”

The result is a pretty impressive experience when viewed in the browser: you can visit the cupola for a window out to the Earth, and float through the various modules.

Naked Security is slightly disappointed to see that when you click on the Maps reference, the modules are located firmly on Earth rather than in space, but then it is called Google Earth – not Google Space.

Game of Thrones fans, be warned if you prefer to acquire your episodes via torrents (which obviously we never recommend as it’s a great way to end up with malware or find your activities being tracked), HBO is apparently monitoring torrent swarms and warning users that they’re breaking the law.

TorrentFreak reported on Thursday that warnings sent to ISPs including IP addresses of alleged pirates and a request to the providers to warn their customers to desist, as well as a stern reminder that torrenting is a copyright infringement and “is also a security risk for computers, devices, and networks”.

As TorrentFreak notes, ISPs aren’t obliged to pass on the warnings to their users, but that many do. However, to take further action against someone torrenting the latest episodes, HBO would have to go to court to get the ISPs to reveal who the IP addresses belong to.

It’s unlikely that HBO will be following up to catch individual pirates, but it is a reminder that – in theory at least – you probably could be identified and get a lawsuit. Is it worth it? That’s up to you.

Remember Citadel, the malware used to steal personal financial information from thousands of people around the world? A Russian man, Mark Vartanyan, known as Kolypto, was sentenced to five years in prison in Atlanta on Wednesday for his part in its creation and use.

Reuters reported that Vartanyan had been held in Norway for two years before being extradited to the US in December. He had helped develop, improve and maintain Citadel, which infected some 11m computers and caused about $500m in losses, according to prosecutors.

Vartanyan is the second person to be sentenced in connection with Citadel: Dmitry Belorossov was sentenced to four and a half years back in October 2015.

As we reported back in 2012, Citadel was based on Zbot, and improved on it, even adding customer support to make it easier to deploy.

US Attorney John Horn said that “Mark Vartanyan utilised his technical expertise to enable Citadel into becoming one of the most pernicious malware toolkits of all time.”