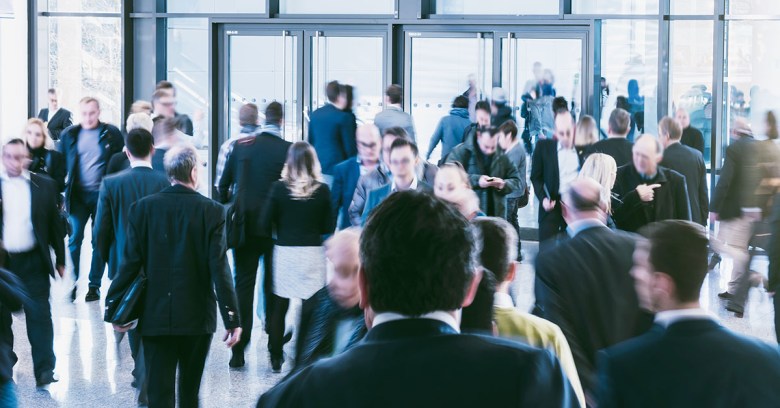 So, what was it like to work at [redacted entity that administers publicly funded programs]? The US Department of Justice would like to know, and it has no qualms about peeling away the anonymity of Glassdoor reviewers to find out.

Glassdoor, a forum for current and former employees to anonymously post reviews about employers’ labor conditions, salaries, and job interviewing practices, is fighting a subpoena that originally sought to unmask at least 125 reviewers of a company made anonymous in redacted court documents.

The company’s under investigation for potential fraud related to its contracting practices.

An appeals court is scheduled to soon decide whether the government can unmask the anonymous reviewers, and the proceedings are going to take place behind closed doors.

The case was brought to light by Paul Alan Levy, an attorney who works with Public Citizen.

Public Citizen is a nonprofit that champions citizen rights in courts and in front of Congress. It’s one of a number of civil liberties groups and a coalition of ISPs that were looking forward to dissecting the government’s interpretation of the case’s impact on First Amendment rights to speak anonymously.

No such luck: the amicus efforts were aborted by a Ninth Circuit ruling (PDF), filed earlier this month, that said the court saw “no need” to hear from friends of the court at this point.

Not all of the documents are sealed. In Glassdoor’s motion to quash (PDF) the grand jury subpoena, the company notes that between September 2008 and March 2017, 125 reviewers posted about the employer in question.

The subpoena was initially demanding identifying information on anybody who reviewed the company from September 1 2008 to the present, including, but not limited to, IP address; logs associated with all posts, including date and time of post; username; email address; resume; billing information such as name, credit card information, billing address, and payment history; and any other available contact information.

No can do, said Glassdoor: that would infringe reviewers’ First Amendment right to anonymous expression and would have a chilling effect on users’ inclination to use the service.

The government offered to roll the subpoena’s scope back to eight reviewers, to be used as “examples”. The government apparently thinks the eight could prove to be witnesses to “certain business practices relevant to our investigation,” the US Attorney said.

Glassdoor stood fast, but it did offer a compromise: it proposed to the government that it would notify the users in question about the subpoena. If any of them were up for participating, Glassdoor would provide their identifying information to the government.

The government nixed that idea, so Glassdoor’s ready to fight the subpoena in court.

So far, the government has prevailed.

US district judge Diane Humetewa agrees with prosecutors that the 1972 case that Glassdoor relied upon, Bursey v. US, didn’t apply, because it protected the anonymous speech of a political group that “anonymously print[ed] and distribute[d] critiques of the government”. Namely, the Bursey case involved a grand jury subpoena directed at the process of publishing the newspaper of the Black Panther Party.

Glassdoor reviewers of the company under investigation don’t merit the same protection as members of the Black Panthers, she said, in spite of the fact that they worked for a company that handles public funds:

The fact that the relevant users in this case work (or worked) for a publicly funded program does not make this speech political. Nor does it transform the reviewers from individuals voicing concerns about fraud into an association engaged in advocacy.

Levy, for his part, thinks that Judge Humetewa’s reading of the First Amendment is wrong, particularly given that public money is involved:

The government’s contention … that the speech in the employee reviews enjoyed something less than full First Amendment protection, because they are not “political speech,” is … plainly wrong: consumer and employee criticism of companies enjoys full First Amendment protection. Indeed, the public interest in seeing speech about businesses is especially important if, as appears to be the case, the company is one that performs contracts for the government.

He’s also baffled by all the secrecy – secrecy that’s obscuring whatever reason there might be to keep so much of the case secret:

Given that so much of the docket in the District of Arizona remains unsealed, it is hard to see what legitimate secrecy interests are preserved by the requirement that the merits briefs of the parties be kept entirely secret. Will oral argument be held behind doors as well?

Readers, have you ever written about employer improprieties on Glassdoor or other employer-review sites? Does the notion that doing so might lead to you getting unmasked and becoming a witness in a Federal criminal case chill your notion to ever do so?

Please let us know your thoughts!