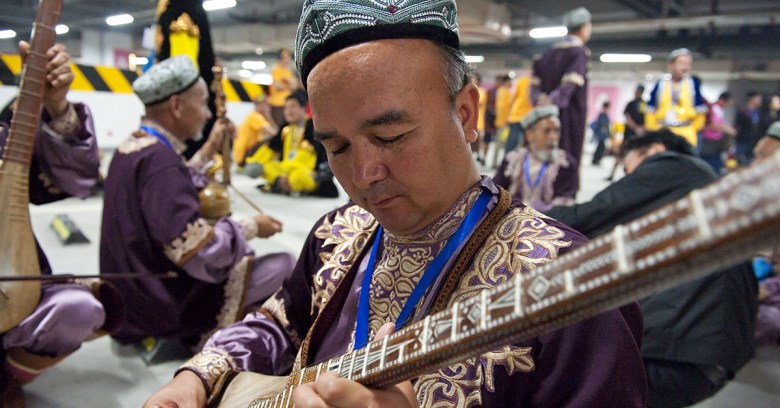 China’s Muslim minority Uyghur community living in the Xinjiang region is being forced by Beijing to install spyware on their phones, according to reports from Radio Free Asia. People living in Urumqi, the regional capital, were sent notices in Uyghur and Chinese via WeChat telling them to install the app, which would “automatically detect terrorist and illegal religious videos, images, e-books and electronic documents” that might be stored on the device.

The Chinese authorities have followed up on the instruction, which was issued on July 10, by setting up checkpoints to make sure that the spyware app has been installed, and risk being detained by police for up to 10 days if they haven’t installed it. According to Infosecurity Magazine, a group of Kazakh women has already been arrested after their WeChat conversations were monitored and deemed to be illegal.

Beijing has been steadily cracking down on internet freedoms, banning VPNs and tightening controls on news media and bloggers. The minority Uyghur community has long been the focus of crackdowns by Beijing, which has been accused by human rights groups such as Amnesty International of surpressing “peaceful expressions of cultural identity”.

Microsoft signals an end to Paint

Microsoft is finally to stop developing its venerable Paint program, which has been part of the Windows operating system since 1985. The Redmond giant included Paint in a list of programs that would be deprecated in the Windows 10 Fall Creators Update which is, as you’d imagine, due to land in the fall (it’s to be known as the Autumn Creators Update if you’re in the UK).

It’s not an immediate death sentence, of course: while other longstanding elements of Windows are being killed off, including the Outlook Express email client, Paint will languish with no more attention devoted to it. Instead, Windows users already have Paint 3D, which landed with the Windows 10 Creators Update in April.

The long history of the app means it’s older than many of its users, and it’s been used as a quick and dirty way to do simple edits by generations of Windows users. Although there are plenty of alternatives, ranging from the open source GIMP and the similarly venerable (and free) Paint.NET to the behemoth that is Photoshop, Paint has a special place in computing history.

UK drone-owners, stand by: you will soon have to register your aircraft and pass a safety test, the Department for Transport said over the weekend.

The move is in response to concerns about safety of the aircraft and are the result of a consultation looking at ways to make drones safer while maximising their potential, said the department. There’s been a lot of concern about near misses in the UK’s crowded airspace, with drones getting rather too close for comfort to other aircraft.

The test and the requirement to register will apply to drones weighing 250g or over, said the aviation minister Lord Callanan, who added: “Like all technology, drones too can be misused. By registering drones [and] introducing safety awareness tests to educate users we can reduce the inadvertent breaching of airspace restrictions to protect the public.”

2 comments on “News in brief: China forces spyware on minority group; farewell to Paint; drones to be regulated”