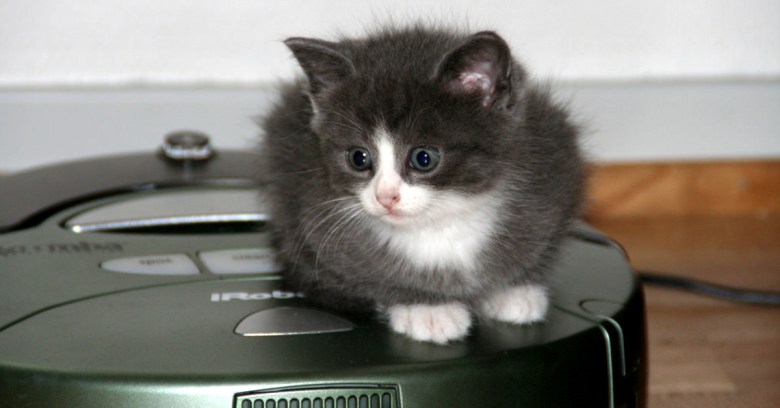 Roomba – you know, the robotic vacuum that navigates itself around your floors collecting debris and data – makers iRobot were in the news last week for their plans to sell maps of users’ homes to voice assistant big wigs Google, Apple and/or Amazon.

In an interview with ZDNet, CEO Colin Angle responded to privacy concerns, clarifying that it was a “misinterpretation”.

On all WiFi-enabled Roombas, usage data (e.g. how long did it clean, how far did it go, did it encounter any error codes, is it functioning correctly) can be sent to the cloud so it can be shown on the customer’s mobile device.

Angle explained that robots collect data in order to carry out their job but customers are in control and that “iRobot will never sell your data”.

What do you keep in your wallet? Money, credit cards, business cards, receipts? What about GPS, a chunk of RAM, a Wi-Fi hotspot, wireless phone charging and an anti-theft camera?

That’s what you’ll get with the Volterman, a crowdfunded Tardis-lite for your money that caught the eye of The Verge’s Paul Miller.

Miller was particularly taken by the wallet’s camera:

The creepiest feature, though, is the built-in camera. When the wallet is in “lost” mode, it will take a picture of anybody who is peeking into it. Perhaps in recognition of how strange some people might feel about having a camera in their wallet, the feature is listed as optional.

If you’re keen to keep an eye on the people keeping an eye on your money you’ll have to wait though. Right now the wallet is still in its vapour state and isn’t due to ship until December, a target that Miller considers “improbable”.

Until then Volterman Inc. are going to need somewhere safe to keep their cash because their smartphone/wallet mash-up has attracted a whopping 1723% of its $45,000 funding target.

Microsoft has announced the arrival of the Windows Bounty Program, an expansion of the existing Windows Insider Preview. The company promises that:

Any critical or important class remote code execution, elevation of privilege, or design flaws that compromises a customer’s privacy and security will receive a bounty

Microsoft is keen that hackers concentrate on its chosen “focus areas”. Bounty hunters focussing on the Hyper-V system in Windows 10, Windows Server 2012 (and 2012 R2) and Windows Server Insider Preview can chase rewards of up to $250,000.

Image of Linus and Isaac courtesy of Flickr user Eirik Newth under a Creative Commons license.