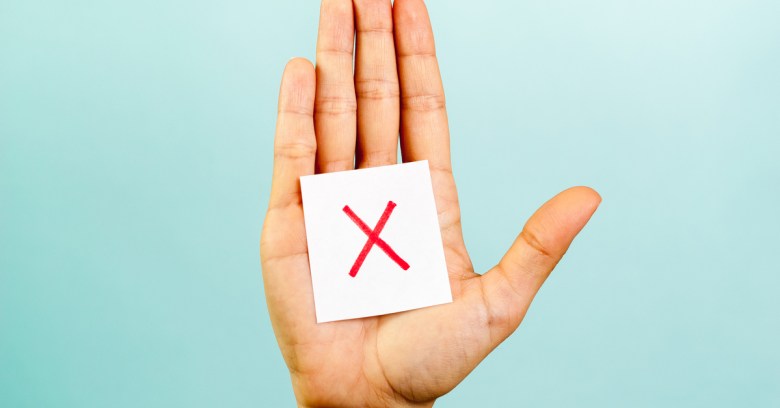 Google on Monday quietly released an Android version of a native adblocker (or ad filter, as they’d rather call it) for Chrome.

As we reported when Google’s top ad guy – Sridhar Ramaswamy, senior VP of ads and commerce – blogged about “building a better web for everyone” in June, the new feature isn’t designed to block all ads so much as control those that are particularly annoying.

Also in June, the Wall Street Journal reported that Google hadn’t talked about the new ad filter with anybody save publishers, agencies and advertisers. When it briefed publishers, it gave them six months to prepare. Part of that preparation was a self-service tool called “Ad Experience Reports” that alerts them to offending ads on their sites and explains how to fix the issues.

Issues that will get an ad filtered include videos that autoplay with sound; prestitial ads that block home pages, often while a timer ticks down; repeated pop-ups (which Chrome already has the option to block); and sticky ads that persist in spite of scrolling. In other words, it will only block those ads that don’t adhere to guidelines from the industry’s Coalition for Better Ads.

Knobloch says that users have already been finding the blocker in the Chrome version for Android, if they’re based on the Canary or Developer version. It’s set to filter ads by default.

Google warns that Chrome Canary is “not for the faint of heart.” Designed for developers and early adopters, it’s unstable. If you’re up for a browser prone to breakage, you can get the Android version on Google Play.

There’s also a page for a desktop version, though it doesn’t yet have the ad filter. The Wall Street Journal’s report did mention that the feature is due to go live, presumably including on the desktop version of Chrome, sometime in 2018, which jibes with the six-month window Google gave publishers to prepare.

The stable version of Chrome can run concurrently with Android Canary. It offers the option of blocking all ads on websites that have a reputation for rule-breaking advertising.

Another important piece of Google’s “better web for everyone” is a tool that was in limited beta as of June. It’s called Funding Choices, which is Googlese for “making money off people who refuse to turn off their adblockers.”

The revenue, which will be stored in a Google digital wallet, will be split between publishers and Google. That, of course, is just one of a few spins on the ongoing dilemma of how to solve the adblocker/adblocker-blocker wars.

It’s a knotty problem: publishers need to buy groceries just like any of us, and ads are, for better or worse, the mechanism that the web evolved to recompense them for their content. Being starved of ad revenue by adblockers has caused many sites to turn off the spigot when it comes to free content. Wired was one such: 18 months ago, its polite request that visitors support the site by turning off their adblocker or whitelisting the site developed fangs when it announced that it would be launching an ad-free, subscription-based version of the site.

For its part, Facebook started bypassing adblockers on its desktop site a year ago.

Oh no you DON’T, Adblock Plus (ABP) fumed.

Drawing on help from the open source community, within one day, ABP announced that it had reblocked Facebook ads, foiling what Facebook’s wishful thinking had dubbed its “adblocker-proof format.” Within hours of Adblock Plus having claimed victory, Facebook’s advertising crew started rolling out new code that pulled the rug out from under Adblock Plus’s workaround.

Arguably the most galling of the skirmishes in the adblocking/adblocker-blocker/anti-adblocker-blocking/oh-no-you-DON’T adblocker blocker blocking wars was in January 2016, when Forbes offered users who disabled their adblockers an “ad-light” version of the site.

At least Wired had acknowledged the good that adblockers do when it told people to pay up or get lost. Not so Forbes. With impeccably bad timing the publisher immediately fell victim to an attack that served up malvertising to users who had turned off their adblockers.

Malvertising, as in, one of the main reasons that people use adblockers in the first place: to ward off malicious online advertising wherein booby-trapped ads either try to inflict our computers with malware or potentially unwanted content, or silently steal passwords, personal data and banking information.

Obviously, the adblocker wars are a muddle of competing needs. It doesn’t help matters when industry scaremongers push out confections that seem suspiciously frothy, such as the 2015 report by Adobe and PageFair that accused adblockers of costing businesses $22 billion over the course of the year.

Google’s Funding Choices is only the latest approach to sparing users from the multi-headed beast of advertising while getting some recompense to publishers. It’s not the first such attempt, though: a browser called Brave launched in April 2016 with the idea of paying Bitcoin to users who agree to view “clean” ads or paying sites in exchange for having their ads blocked.

Brave launched its first payments to sites in September, but payment to users seems to have slipped out of the conversation.

…which matches Google’s Funding Choices. Payments to users who agree to view ads likely won’t ever be part of the “better new web for everyone” that Google’s creating or that browser competitors such as Brave have mulled. Instead, Google is looking to squeeze micropayments from users if they insist on clinging to their adblockers.

Which is fine. There are other, free options out there in the world of adblocking if you don’t feel like supporting sites with micropayments.

The only payment required for most adblockers, after all, is a potential pang of conscience for starving publishers of revenue.