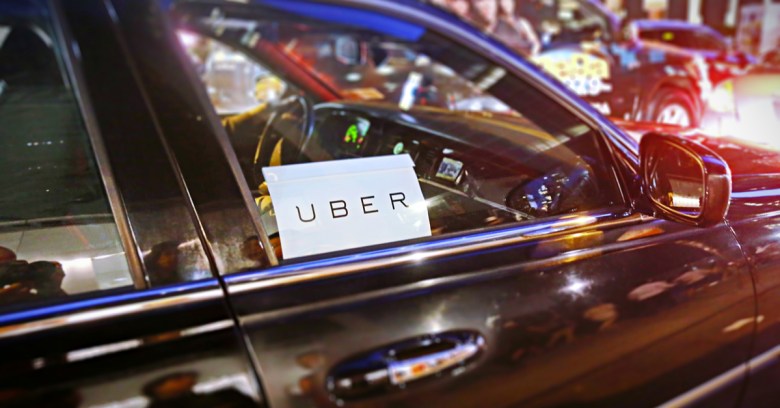 You really want to get home during rush hour, your phone’s nearly dead, and/or it’s raining. Uber can get you there, though it might sting a little. Or a lot: surge pricing could multiply your fare x2, x3, x4, and right on up.

Many of us suspect that surge pricing is a devious way to milk us when we’re at our most vulnerable. Say, when our phone battery’s nearly drained dry (and yes, the Uber app can tell, though the company has in the past denied increasing fares to take advantage of battery levels).

Now, researchers at New York University and at Warwick Business School, in the UK, have found that gangs of drivers are forcing surge pricing by agreeing to log out en masse.

That’s exactly what triggers surge pricing: lots of ride requests, plus a paucity of drivers to answer the need.

After interviewing drivers in New York and London and analyzing 1,012 blogs on the UberPeople.net platform, the researchers say they uncovered the organizing of a “mass deactivation.”

They quoted a discussion they found between two drivers on the platform:

Driver B: Uber will find out if people are manipulating the system.

Driver A: They already know cos it happens every week. Deactivation en masse coming soon. Watch this space.

It’s unclear how much the collusion affects fare prices. According to The Telegraph, Uber says it’s not common. The news outlet quoted an Uber statement:

This behavior is neither widespread or permissible on the Uber app, and we have a number of technical safeguards in place to prevent it from happening.

The drivers aren’t just doing it to put more surge money in their pockets: the researchers found that Uber drivers in London and New York are also gaming the algorithm to cancel fares they don’t want and to avoid the unpopular UberPOOL, where drivers have to take multiple passengers who are heading in the same direction.

Drivers… either accept the first passenger on UberPOOL then log off, or just ignore requests, so they don’t have to make a detour to pick anybody else up. They then still pocket the 30% commission for UberPOOL, rather than the usual 10%.

Sure, drivers have to sign off on UberPOOL participation in the driver agreement, but they don’t seem to be penalized when they ignore it. Here’s another driver post the researchers came across:

Driver A: After about 2-3 days of ignoring them you will not receive anymore. I have not received an uberpool request in months. I guess uber thinks they are punishing me by not sending me any more… poor me. LOL.

Surge pricing is tough on customers, but it’s easy to see why the researchers’ sympathies lie with the colluding drivers:

Under constant surveillance through their phones and customer reviews, drivers’ behaviour is ranked automatically and any anomalies reported for further review, with automatic bans for not obeying orders or low grades. Drivers receive different commission rates and bonus targets, being left in the dark as to how it is all calculated. Plus drivers believe they are not given rides when they near reaching a bonus. The compensation for UberPOOL, which drivers have to agree to do or be banned, is even more complex. Drivers are forced to accept different passengers on the same ride, even though it is not economically beneficial to do so.

Given the tensions between drivers’ need for autonomy and a platform programmed to be always in control, Uber’s algorithmic micromanagement may even be counterproductive as drivers try to break free of it, said Professor Henridsson.

The lack of human interaction between Uber and its drivers aggravates the situation further still, noted Dr. Zalmanson.

The drivers have the feeling of working for a system rather than a company, and have little, if any, interaction with an actual Uber employee. This creates tension and resentment, especially when drivers can only email to resolve problems. Uber’s strategy is not at all transparent, drivers do not know how decisions are made or even how jobs are allocated and this creates negative feelings towards the company. So they fight back and have found ways to use the system to their advantage.

Of course, while surge pricing is good for those drivers, it’s a pain in the wallet for passengers. There are, however, ways that passengers themselves can game the system.

Northeastern University researchers have found that passengers can avoid surge pricing by doing something as simple as crossing the street. From the research paper (PDF):

Twenty percent of the time in Times Square, customers can save 50% or more by being in an adjacent surge area.

That works particularly well in condensed New York, which has 16 zones. Just walking a few minutes gets you into a new one. Waiting is a good strategy, too, given that surge pricing can be short-lived: just wait 5 minutes and try again.

4 comments on “Uber drivers game the system – force up fares”