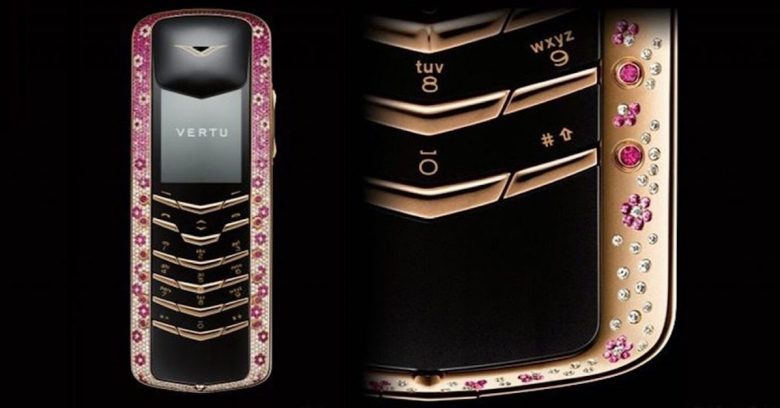 Vertu auctions its phones off

Last month, it was announced that Vertu was calling time on producing luxury mobile phones after a scheme to stop the company going into liquidation failed.

At the height of production, the handmade, bejewelled phones were out of most people’s price ranges. Even the company’s ‘budget’ range, the Vertu Aster, started at £4,500 (roughly $6,000).

But, the company is now auctioning off its back catalogue for just a fraction of the original price tag.

Also listed is the company’s entire Vertu museum collection and other collectibles, including a bronze sculpture of a soldier riding a horse.

Uber’s latest app update will roll out with a communication feature to replace its clunky method of sending an SMS or calling your driver. The new messenger will allow drivers and riders to chat live directly through the app.

To contact their drivers, riders will choose ‘contact’ then ‘chat’ from the feed section of the Uber app. In turn, the app will read the message aloud and the driver will be able to send a thumbs up with one tap. As with many messaging services, both parties will be able to see when their messages has sent and been read.

As well as the ease-of-use factor, the messenger will enable riders and drivers around the world to keep their phone numbers private and put a stop to those awkward text exchanges.

TechCrunch reports that Ikea has added another tentacle to the IoT (Internet of Things). The latest version of the Swedish furniture company’s smart lighting system can be controlled from your phone via Apple’s HomeKit, or by voice using Amazon Echo or Google Home.

The update also makes it possible for your Ikea lights to hook up with your Philips Hue bridge hub.

If the Philips Hue bridge sounds familiar but you’re not sure why, perhaps you’re recalling its wobbly internet debut. In a move that won’t surprise anyone familiar with IoT stories the bridge originally came with an API (a way for other computer programs to talk to it) that was unencumbered by either authentication or encryption. An approach to security that our own Paul Ducklin rather charitably described as “underwhelming”.

Hue lights have also had 15 minutes of fame thanks to their own eye-catching vulnerability. The joint Israeli-Canadian team that discovered it publicised their work with a video that showed a drone taking control of the bulbs remotely and then using them to flash an SOS in Morse code.