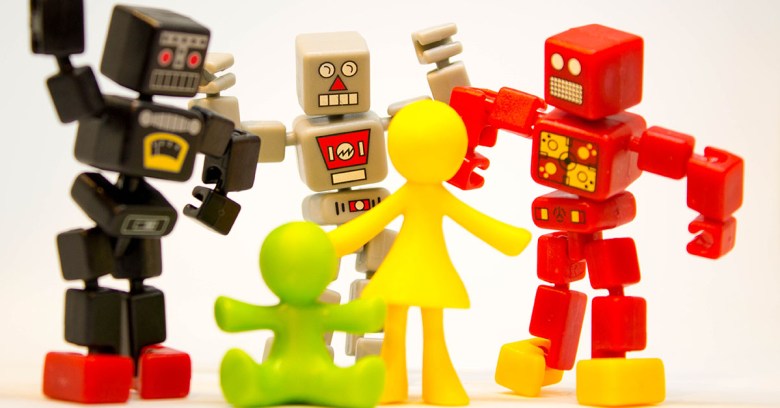 Evidence of app developers’ insuppressible optimism can be found in the ever-growing subgenre of apps that let you rate things. And by “things” what I really mean is “people”.

In spite of the swamps of vitriol, cattiness and cyberbullying that pool around their apps, and in spite of getting banned both in schools and by entire countries, app devs keep pumping out new flavors of anonymous feedback/non-anonymous personality rating/secret sharing anonymously except it’s with friends and friends of friends so of course they know it’s you.

And now, there’s a new one. It’s called Sarahah.

Its premise is that you can get “honest feedback from your coworkers and friends”. The app lets your friends be honest with you, it says, because of course people are nice when they’re anonymous (NOT!!!), particularly because they’re vindictive, back-stabbing spew-holes your “friends”.

By the way, the “real names = civility” notion  — a notion that’s been making the rounds since at least the last 30 years — is wrong. Research has actually found that on average, the less identifiable we are online, the more sensitive we are to group norms, whether those norms are to be civil or otherwise.

And — this won’t surprise members of minority ethnic groups — real names often lead to discrimination and harassment. One study found that Uber drivers more frequently cancelled the fares of people with African American names, for example.

At any rate, there are more reasons to be anonymous than to air your authentic feelies. Sarahah was actually created by a Saudi Arabian developer, Zain al-Abidin Tawfiq, with the aim of giving employees a forum in which to offer their bosses feedback without fear of retribution. (Sarahah means “candor” or “frankness” in Arabic.)

Tawfiq, who works full-time as a business systems analyst at an oil company in Saudi Arabia, told Mashable that there’s an issue in the workplace that his app is designed to overcome:

People need to communicate frankly to their bosses.

People in the Arab world are, in fact, quite frank, he said. They’re honest and well-connected to family and friends, and they freely spill their true feelings. Still, Tawfiq says, like anywhere, there can be social barriers:

There are barriers like age, sometimes it’s the position, you can’t go to someone who is a grandfather and tell them everything you think about them. Breaking these barriers, that’s what everybody wanted.

Well, that’s one app developer who sure must know whereof he speaks. As Mashable reports, Sarahah has become a viral sensation. The app took off after Tawfiq expanded the user base to the general public and then on to Snapchat users.

By late July, it had spilled out of the Arabic-speaking world and into the English-speaking world to surge to the top of Apple’s App Store’s list of free apps in regions including Australia, Ireland, the US and the UK.

Sarahah essentially allows users to send completely anonymous comments to other users, with no way of the recipient replying or knowing who sent it to them. It’s certainly not the first app to go this route: other anonymous apps such as Yik Yak, Secret, Whisper and ask.fm have all tried it.

Those apps’ approach to anonymous comments has taken off like a flock of lead pigeons. Lead pigeons who leave cyanide droppings.

Take Yik Yak: it was banned in schools that got polluted by toxic anonymous chat. It reacted by mandating the use of handles, after which its popularity nosedived. Yik Yak was shut down in April.

Unlike some of its brethren anonymous rating apps, Sarahah allows users to block messages from nonregistered users and doesn’t publicly post responses without your permission. That’s actually more or less where the Peeple app is at. As in the oh, so this isn’t actually vaporware or a stunt to film a Silicon Valley reality show? Peeple app.

Let’s not mince words: registering on Peeple is a horrific idea, given that a) buried deep in its terms and conditions is the fact that Peeple can do anything it wants with any data any user forks over, and b) the Peeple creators have said in a press release that they’re considering profiting off of negative reviews, whether they’ve been publicly posted or not. The product they’re mulling is a subscription called a “Truth License”.

…as if all ratings contained nothing but truth: a mind-bogglingly naive notion.

So, how’s Sarahah’s approach to anonymity working out? Well, there are haters and lovers to be found in the App Store reviews.

Some say that they’re receiving heartwarming messages from their classmates … and then again, there are reviewers who call the app a “breeding ground for hate”, adding this:

My son signed up for an account and within 24 hours someone posted a horrible racist comment on his page including saying that he should be lynched.

Let’s put this all into perspective.

Sarahah is an app. Like other apps, it can be used to support people, or it can be used by mobs and trolls to attack them. Anonymity doesn’t dilute the potential for venom. Neither does the use of real names.

To hell with rating people. To hell with giving “feedback” that can turn into a pecking order where some get pecked to death. (If you haven’t yet watched Netflix’s Black Mirror, the Nosedive episode, it’s being called something like the filmed version of the Peeple app. It’s a brilliant enactment of the criticisms that these apps rightly accrue; it’s a dystopian take on where all this people rating could someday take us, and it ain’t pretty: disallowing people with low ratings from entering certain venues, for example, or being allowed to move to a particular neighborhood. Highly recommended.)

Sarahah is just an app: one in a long line of people-rating apps.

If you get some warm and fuzzies out of it, great.

If it gets toxic, delete it. Wipe it off your phone and out of your life.

Sooner or later, if cyberbullying takes over the app as it has done with similar apps, that’s what the internet/governments/schools will do anyway: add it to the junk heap along with the apps (or, at least, their policies) Yik Yak, Formspring, Lulu and Secret.