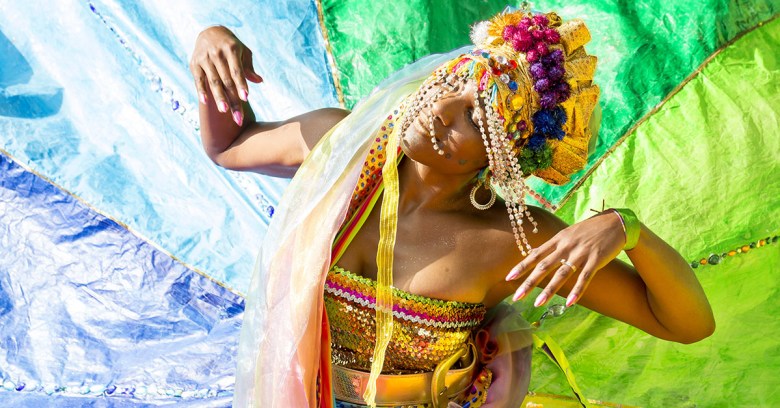 Protests at plans to use facial recognition at Carnival

Civil liberties groups have protested at plans by London’s Metropolitan Police to use facial recognition software to scan the faces of people partying at this year’s Notting Hill Carnival.

Tens of thousands of people party in the streets of west London’s Notting Hill Gate on the last weekend of August, and the civil rights group Liberty has challenged the decision to use the technology to spot troublemakers, saying it’s racist, as the carnival is rooted in the capital’s African-Caribbean community.

The police force trialled facial recognition last year, saying at the time that “the technology involves the use of overt cameras which scan the faces of those passing by and flag up potential matches against a database of custody images. The database has been populated with images of individuals who are forbidden from attending Carnival, as well as individuals wanted by police who it is believed may attend Carnival to commit offences.”

Nobody was arrested as a result of the trial, said the Met after the event. Stafford Scott of The Monitoring Group, an anti-racism charity, echoed Liberty’s concerns, saying: “It is racial profiling. They are coming and putting everyone’s face in the system. A technique they use for terrorists is going to be used against young black people enjoying themselves.”

Jonathan Evans, a former British spy chief, has come out strongly in favour of encryption, despite the fact that “widespread use of encryption has reduced the ability of the agencies to police, to access the content of materials” shared by terrorists.

Evans, who led the UK’s MI5 spy service between 2007 and 2013, told the BBC’s Today programme on Radio 4 that “I’m not personally one of those who believes we should weaken encryption”. He was referring to the calls from Amber Rudd, the home secretary to weaken encryption: just last week she said that “real people” didn’t always want end-to-end encryption.

In his interview, Evans said that he was concerned about cybersecurity more broadly, and particularly mentioned the Internet of Things, the security of which we regularly despair about here at Naked Security. He said: “As our vehicles, air transport, our critical infrastructure is resting critically on the internet, we need to be really confident we have that secured because our economic and daily lives are going to be dependent on the security we can put in to protect us from cyberattack.”

At Naked Security we’re very encouraged by Evans’ words: we are opposed to backdoors and anything that would weaken encryption.

Emojis – we love them. And we’re also keen on equality here at Naked Security, so we very pleased to see that a ginger-haired emoji was among the options in the latest recommendations from Unicode’s emoji subcommittee.

As well as our titian-headed friends, silver foxes, the bald and those blessed with curls will also be represented in emojis from June next year if the draft candidates included in the recommendations from the subcommittee are adopted.

The emoji subcommittee meets weekly, by phone, and also holds a week-long meeting every quarter to discuss and advance or reject proposals.

The next stage for gingers, silver foxes, bald folk and curly-topped people is the final quarterly meeting of this year, when the list of final candidates for encoding in Unicode 11.0 will be decided, with the final code points and names for the new emojis being decided at the first quarterly meeting next year.