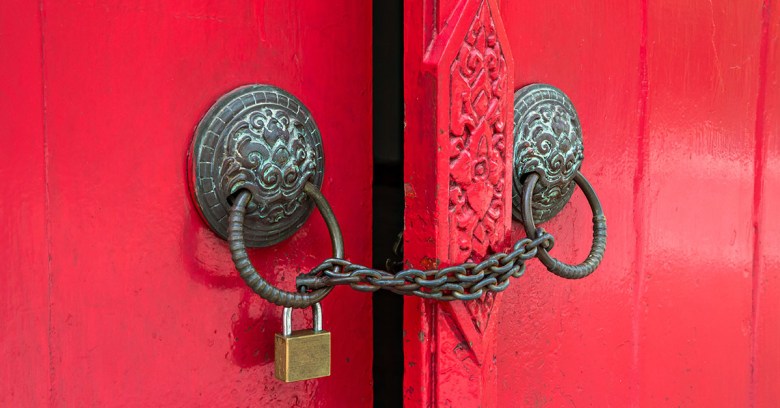 When is a smart lock not such a smart idea after all? When a firmware update bricks two popular models widely used by Airbnb hosts to provide access without the need for pesky actual keys, that’s when.

Lockstate’s LS6i is the model recommended by Airbnb for hosts: the accommodation platform company offers a $50 discount to would-be purchasers via its Host Assist programme. So it didn’t go down well with hosts when a firmware update pushed out last week caused what Lockstate told its customers was a “fatal error” with the LS6i and LS6000i locks.

Lockstate said on Twitter that 500 locks had been affected by the update – and customers were warned that it would take up to 18 days for a full replacement. Or if users prefer, they can remove the back panel and send that to Lockstate for manual updating, which will take about a week.

We’ve got our doubts about smart locks – this isn’t the first time they’ve caused problems for users. If you need to let folk into your home, for now it might be best to stick to an old-fashioned physical key.

Marcus Hutchins, the security researcher arrested in Las Vegas as he prepared to fly home to the UK after Def Con, has pleaded not guilty in a Milwaukee court to charges that he created and distributed the Kronos banking trojan.

Hutchins, 23, who uses the handle @MalwareTechBlog on Twitter and who is best known for stopping the WannaCry ransomware outbreak in its tracks, has been allowed by the court to live and work in Los Angeles for his employer, according to The Register.

He has also had his bail conditions relaxed so that he can now get online: the only restriction on his access now is that he’s not allowed to visit the WannaCry server domain. He’s also had to surrender his passport and remain in the US.

His lawyer, Brian Klein of Baker Marquart, said: “We are very pleased today that the court modified his terms allowing him to return to his important work.”

There have been plenty of warnings about how drones compromise the privacy of individuals and threaten aircraft, and now there’s concern about naval security after an amateur photographer managed to land a drone on a British aircraft carrier docked in Scotland.

The drone’s owner, a member of an amateur photography group, was using his craft to capture video and stills of the 70,000-tonne Queen Elizabeth, the Royal Navy’s newest warship and the biggest ever built for the fleet.

The owner told the BBC that he hadn’t wanted to land on the ship but that the drone was sending warnings about high winds and so let it land on the ship, which he said was “like a ghost ship”.

He told the BBC that he took a photograph then managed to fly the drone back to his location, and then reported himself to the shipyard’s armed guards. “I thought I would be hauled in and have my footage confiscated. I could have been anybody. I guess they weren’t really bothered because the ship isn’t active yet.”

The Ministry of Defence told the BBC: “We take the security of HMS Queen Elizabeth very seriously. This incident has been reported to Police Scotland, an investigation is under way and we stepped up our security measures in light of it.”