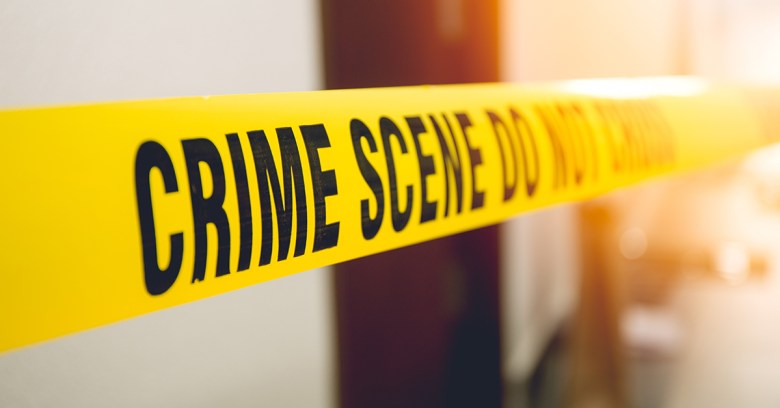 A US court of appeals in the DC circuit at the end of last week tossed out evidence police seized under a search warrant that sought cellphones and electronic devices without showing probable cause that the suspect actually owned any.

Most of us nowadays carry a cellphone, and those devices often contain a chronicle of our daily deeds and misdeeds. But the assumption that a suspect has a phone doesn’t make it OK to search his home, Circuit Judge Sri Srinivasan, joined by Judge Nina Pillard, wrote in a decision (PDF) on Friday.

Most of us nowadays carry a cellphone. And our phones frequently contain information chronicling our daily lives – where we go, whom we see, what we say to our friends, and the like. When a person is suspected of a crime, his phone thus can serve as a fruitful source of evidence, especially if he committed the offense in concert with others with whom he might communicate about it.

Does this mean that, whenever officers have reason to suspect a person of involvement in a crime, they have probable cause to search his home for cell phones because he might own one and it might contain relevant evidence?

The case is that of Ezra Griffith. As a 23-year-old, he’d already been convicted of attempted robbery. Police were investigating a homicide when they got tipped off that Griffith might have been involved. Actually, Griffith himself tipped them off: while he was in jail for the attempted robbery, he used prison phones – as in, the kind that record conversations – to talk to a few people about the police’s interest in his vehicle, which had apparently been caught on surveillance cameras near the scene of the shooting death.

After he got out of jail, Griffith moved in with his girlfriend. Police got a warrant to search this residence as part of the ongoing homicide investigation.

In the affidavit to get the warrant, a 22-year law enforcement veteran made the following declaration:

Based upon your affiant’s professional training and experience and your affiant’s work with other veteran police officers and detectives, I know that gang/crew members involved in criminal activity maintain regular contact with each other, even when they are arrested or incarcerated, and that they often stay advised and share intelligence about their activities through cell phones and other electronic communication devices and the internet, to include Facebook, Twitter and E-mail accounts.

Based upon the aforementioned facts and circumstances, and your affiant’s experience and training, there is probable cause to believe that secreted inside of [Lewis’s apartment] is evidence relating to the homicide discussed above.

Here’s what was left out of that search warrant affidavit: any mention of Griffith owning a cellphone, and any evidence related to the homicide that might be found on the phone. In fact, the law enforcement agent who made out the affidavit can’t have had much faith that Griffith did in fact have a phone, given that he broadened it to include any electronics that might be in the girlfriend’s apartment.

Those assertions just weren’t supported by much in the warrant, the Appeals Court pointed out.

The government’s argument in support of probable cause to search the apartment rests on the prospect of finding one specific item there: a cellphone owned by Griffith. Yet the affidavit supporting the warrant application provided virtually no reason to suspect that Griffith in fact owned a cellphone, let alone that any phone belonging to him and containing incriminating information would be found in the residence. At the same time, the warrant authorized the wholesale seizure of all electronic devices discovered in the apartment, including items owned by third parties. In those circumstances, we conclude that the warrant was unsupported by probable cause and unduly broad in its reach.

To obtain a warrant to search for and seize a suspect’s possessions or property, the government must do more than show probable cause to arrest him. The government failed to make the requisite showing in this case.

In fact, the Appeals Court noted, if the police had obtained an arrest warrant, it would have allowed them to seize the broad array of things they were after: all electronic devices, including cellphones, computers, PDAs, tablets, CDs, DVDs, or external drives; and anything that might have mentioned the shooting death, be it handwritten notes, papers, photographs, or newspaper clippings.

When police showed up at the front door with the search warrant, one officer went around to the back of the house. That’s where he says he saw Griffith toss a gun out the bedroom window and on to the ground.

In April 2013, Griffith was convicted of unlawful possession of a firearm by a felon.

That’s the conviction that that DC Appeals court tossed out last week, saying in a two-to-one ruling that the police found the weapon only because they had drafted an “overly broad” search warrant.

Well, get ready for one hot mess. The ruling is sending shockwaves on the basis of privacy, device security, and how American law enforcement conduct investigations. Here’s a tweet from well-known cybercrime law professor Orin Kerr:

On a first read, at least, Judge Srivinasan’s alternative holding in Griffith is going to create a mess. Great for defense attorneys, tho.

Writing in dissent, judge Janice Rogers Brown fretted about what the decision would mean to law enforcement trying to rely on their judgement to do their jobs:

This result is directly contrary to the purpose of the exclusionary rule and Supreme Court precedent that reserves suppression only for the most serious police misconduct. If courts are going to impose a remedy as extreme as excluding evidence that is probative, reliable, and often determinative of a defendant’s guilt, we have a duty to protect officers who are doing their best to stay within the bounds of our ever-evolving jurisprudence.

We live in a society where virtually every action an officer takes is now being heavily scrutinized. Thus, the need for vindication when law enforcement officers behave in an exemplary fashion is more critical than ever. Unfortunately, the officers in this case are not going to get the vindication they deserve. Furthermore, I have no doubt this case will be used in future cases to further undermine the good faith exception until either this Court sitting en banc or the Supreme Court steps in to cure today’s grievous error.

In essence, the good-faith exemption that Judge Brown was worried about allows evidence to be collected in ways that violate Fourth Amendment rights to privacy if, in fact, police officers were acting in good faith but relying on a flawed search warrant. In other words, if police think their actions are legal, they’re generally held to be legal.

That exemption likely isn’t going away just because of this ruling. As TechDirt notes, it’s “pretty much the rule everywhere”.

It’s not like we’ve never seen the courts rule against warrantless phone searches. US v. Griffith is only the latest case in which police have been asked to provide probable cause before seizing and searching our gadgets. The Supreme Court has upheld the notion that our privacy is at stake when searching our electronics, ruling against warrantless phone search in cases such as US vs. Jones and Riley vs. California and tackling the warrantless seizure of cellphone location records more recently.