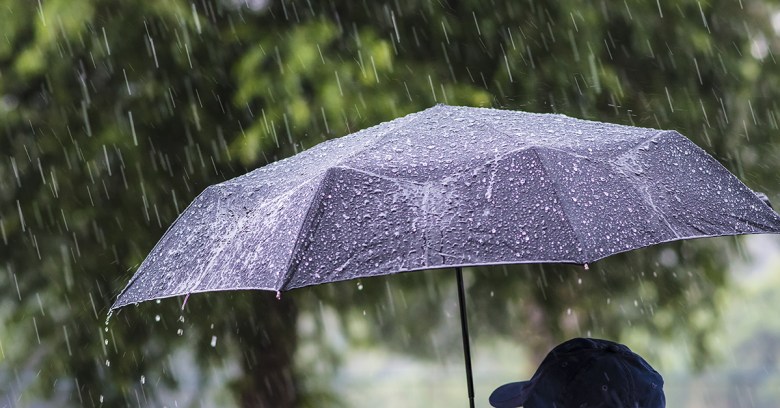 Thanks to Chen Yu, Rowland Yu and William Lee of SophosLabs for their behind-the-scenes work on this article.

Google has had an exciting summer, for good and bad reasons.

The good news: Google just officially launched the eighth version of its operating system, Android Oreo, with enhancements for battery life and security. Last month, it also began rolling out a new feature called Google Play Protect, designed to scan apps that could cause harm to your Android device and data.

The bad news: at least five different types of malware were found in Google Play in August alone, including spyware, banking bots and aggressive adware. Thousands of apps contain these malicious payloads and have infected millions of users.

Yesterday, we reported that Google has had to pull some 500 apps from its Play Store, which together had been downloaded more than 100m times. The apps – which weren’t in themselves malicious – all used a software development kit (SDK) called Igexin. Among other things, the Igexin SDK has the ability to spy on victims “through otherwise benign apps by downloading malicious plugins”. Advertising SDKs make it easy for app developers to tap into advertising networks and deliver ads to their users.

As well as that issue, SophosLabs researchers have identified other threats to your device.

SophosLabs discovered some 20 different apps in Google Play – all detected as Andr/Banker-GUB – and recorded some Google Play download information for two versions:

It uses a powerful framework called OkHttp to exchange data and information from a website. The framework uses aggressive techniques to navigate systems with multiple IP addresses:

A second bankbot was just discovered few days ago and is able to silently download APK from a remote website, lure users to install APK using fake credit points, and display a spoofed “security update payment” based on the Google Firebase Messaging Service: 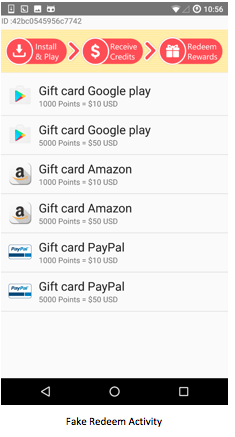 Researchers also intercepted an adware family called GhostClicker, which disguises itself as part of the Google Play service library or Facebook Ads library. It adds itself as a package named “logs” into those libraries. Some variants request device administration permission, and actively simulate click-on advertisements it delivered to earn revenue: 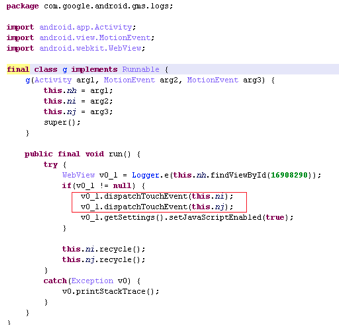 While other variants are more conservative, they register themselves as BroadCastReceiver and pop up advertisements: 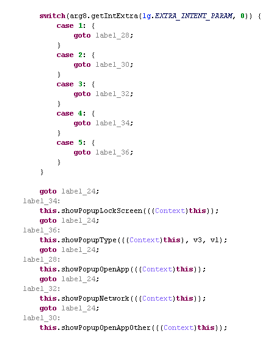 The continued presence of malicious and compromised Android apps demonstrates the need to use an Android antivirus such as our free Sophos Mobile Security for Android. By blocking the install of malicious and unwanted apps, even if they come from Google Play, you can spare yourself lots of trouble.