Theirs and other celebrities' privacy was still being used as bird cage liner as of Thursday evening. Celebgate 3.0: Miley Cyrus among victims of photo thieves – Naked Security
Skip to content 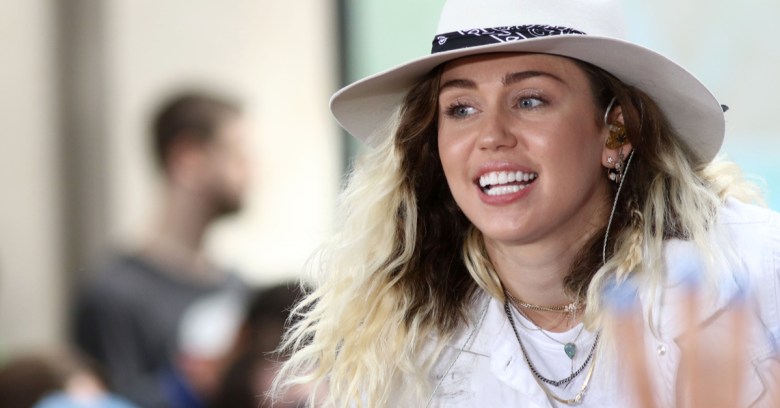 Here we go again: it’s Celebgate 3.0, and that means a new round of stolen intimate photos of celebrities and tee-hee’ing jerks.

The celebrity leak sites that posted the stolen content don’t merit whatever traffic they might get if we shared their names. Suffice it to say that one of them considers itself a “satirical website” that publishes rumors, speculation, assumptions, opinions, fiction, and what it calls facts… And, obviously, illegal stolen content.

According to Fossbytes, McPhee is taking legal action against the sites that published her content. Ditto for Woods and for Kristen Stewart and her girlfriend, Stella Maxwell, said TMZ.

Vonn, an Olympic skiier and Woods’ former girlfriend, called the theft “a depicable invasion of privacy”. The photos were stolen from her cell phone a few years ago. Her spokesman told People that she’s lawyering up:

Lindsey will take all necessary and appropriate legal action to protect and enforce her rights and interests. She believes the individuals responsible for hacking her private photos as well as the websites that encourage this detestable conduct should be prosecuted to the fullest extent under the law.

The photos in this latest round were still up as of Thursday evening.

We’ve seen multiple men convicted and given jail time over prying open the Gmail and iCloud accounts of Hollywood glitterati, but that sure didn’t stop Celebgate 2.0: in May, we saw the intimate photos of Emma Watson and Amanda Seyfried stolen and posted.

How to trip up the thieves

According to the FBI, the original Celebgate thefts were carried out by a ring of attackers who launched phishing and password-reset scams on celebrities’ iCloud and email accounts.

Some of the suspects used a password breaker tool to crack the account: a tool that doesn’t require special tech skills to use. In fact, anybody can purchase one of them online and use it to download a victim’s iCloud account if they know his or her login credentials.

To get those credentials, crooks break into a target’s iCloud account by phishing, be it by email, text message or iMessage.

2 comments on “Celebgate 3.0: Miley Cyrus among victims of photo thieves”