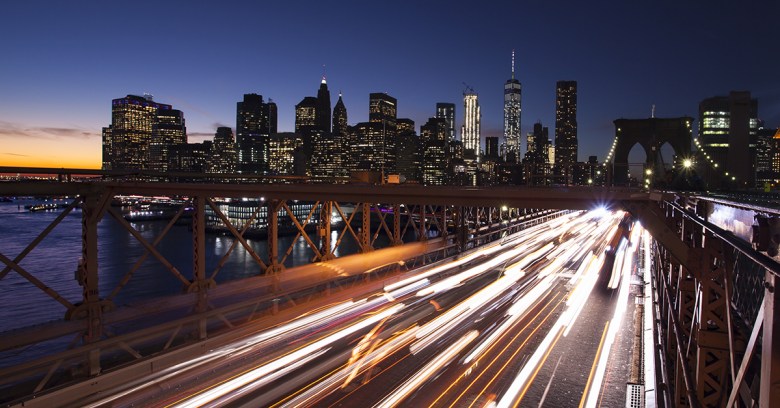 A guy who’s been convicted four times for drunk driving buys the identity of a man who’s imprisoned in Puerto Rico.

He uses that identity to get another driver’s license to keep driving trucks in New York. In fact, that same identity gets around: it was also sold to people in Connecticut, Florida and Massachusetts. This kind of thing goes on and on: their licenses get suspended, but many drivers skirt the law by fraudulently getting another license or stealing an identity, with one result being seriously unsafe drivers zooming around unchecked.

Eventually, the state of New York got the habitually drunk truck driver, courtesy of facial recognition (FR) technology that the state put on steroids in January 2016. His is one of a number of anecdotes that Andrew M. Cuomo, New York’s governor, dispensed in an announcement on Monday about hitting an FR milestone when it comes to fraud investigations.

As Cuomo said back in January 2016: the steroids amounted to doubling the number of measurement points mapped to each digitized driver photograph. That’s greatly improved the ability of the New York State Department of Motor Vehicles’ (DMV’s) FR system to match a photograph to one that already exists in its database:

The use of this facial recognition technology has allowed law enforcement to crack down on fraud, identity theft, and other offenses – taking criminals and dangerous drivers off our streets and increasing the safety of New York’s roadways

We will continue to do everything we can to hold fraudsters accountable and protect the safety and security of all New Yorkers.

Twenty months into the pumped-up FR program, New York is bragging about having identified more than 21,000 possible cases of identity theft or fraud, which has led to more than 4,000 arrests and more than 16,000 individuals facing administrative action.

Given FR’s notoriously high error rate, one wonders exactly how many actual convictions have resulted. It might be early to ask, given the slow wending of cases through the legal system, but I asked anyway. I’ll update the story if the governor’s office gets back to me with a conviction rate and/or with an explanation of how, exactly, the system is set up to avoid false positives.

That’s worth worrying about.

During a recent, scathing US House oversight committee hearing on the FBI’s use of FR technology, it emerged that 80% of the people in the FBI database don’t have any sort of arrest record. Yet the system’s recognition algorithm inaccurately identifies them during criminal searches 15% of the time, with black women most often being misidentified.

That’s a lot of people wrongly identified as persons of interest to law enforcement. According to a Government Accountability Office (GAO) report from August 2016, the FBI’s face recognition database has 30m likenesses.

It’s amassed all those photos from civil and criminal mugshot photos, the State Department’s visa and passport databases, the Defense Department’s biometric database, and the drivers’ license databases of 18 states. In fact, nearly half of all Americans are in an FR database that the FBI can get at without warrants or without even having to prove they have reasonable suspicion that we’ve done anything wrong.

Despite such problems with the technology, the FBI’s mammoth database has been constructed without the bureau having ever issued a privacy impact assessment as required by law. That seems to be how these things go: the situation is similar in the UK, where the Home Office is pushing ahead with FR in spite of protests and with scarce regulation.

Flaws with FR technology and policy aside, there are good reasons to go after drivers with multiple licenses. The governor’s office cites a three-year study of the FR program that was conducted by the Institute for Traffic Safety Management and Research (ITSMR), covering the period from February 2010 to January 2013, that showed that such drivers pose a serious traffic safety risk. The study found that out of more than 12,300 cases involving drivers with multiple, possibly fraudulent licenses, 24% didn’t have a valid license under their true identity.

NY DMV investigators work with federal, state, and local law enforcement agencies to arrest people tagged by FR technology who typically face one or more felony charges. The study also showed that about 50% of those identified by FR as having multiple licenses got their second license when their original license was suspended or revoked.

But while there are plenty of anecdotes about fraudsters and criminals using duplicate licenses to commit crimes, there’s also evidence that states also work with federal or local law enforcement to conduct searches for trivial reasons, including people merely alleged to be involved in “suspicious circumstances”. That includes minor offenses such as trespassing or disorderly conduct. Then again, some records fail to reference any criminal conduct whatsoever, according to findings by the American Civil Liberties Union (ACLU).

In fact, Vermont in May demanded a halt to the state’s use of FR.

The campaigners pointed out that the issue is far from ambiguous: Vermont state law stipulates that its DMV can’t use biometrics to identify people when they get a license or other identity card.

The Department of Motor Vehicles shall not implement any procedures or processes… that involve the use of biometric identifiers.

Perhaps that’s why Governor Cuomo didn’t mention working together on FR-identified fraud cases with Vermont. His office did, however, note that in the autumn of 2015, New York worked with the state of New Jersey and identified 62 people with IDs in both jurisdictions. In addition to New Jersey, New York is now working with Maryland and Connecticut to identify people with multiple licenses.

New York’s jacked-up FR system now allows for the ability to overlay images, invert colors, and convert images to black and white to better see scars and identifying features on the face, the state says. It’s not thrown off by different hair styles, glasses, or other features that change over time. In fact, the state’s DMV won’t issue a driver license or non-driver ID until newly captured photographs make it through the FR system.

The state says that those who’ve been arrested based on investigations conducted following a potential FR match are typically charged with filing a false instrument, tampering with public records, and forgery.

Convictions or not, the DMV can still revoke licenses if the drivers are found to hold multiple licenses, regardless of statutes of limitation holding that transactions are too old to pursue criminal prosecution. Such people’s true record can also be held accountable for any tickets, convictions, or crashes.

9 comments on “Facial recognition: how many rogue drivers has it stopped in New York?”