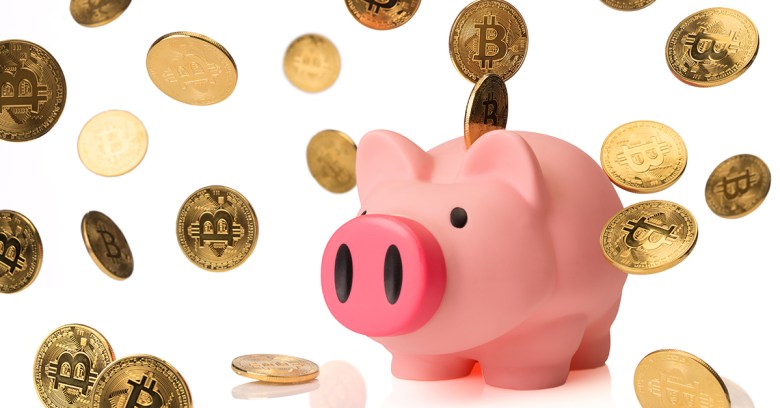 Can Bitcoin help you escape the latter half of Ben Franklin’s famous declaration that the only certainties in the world are death and taxes?

We’re likely to find out sometime in the coming months. While nobody has cheated death so far, some people figure the odds of avoiding taxes are way better – if the Internal Revenue Service can’t trace their profits.

But the IRS, very much aware of that kind of thinking, is working just as hard to reduce the odds on taxes to the same as those on death.

As is well established, Bitcoin – probably the best-known cryptocurrency – is widely used in the criminal underworld, since users can remain largely anonymous. But, besides the fact that the IRS demands that you pay your taxes on all income, including illegal income, it is going after those whose earnings may be totally legit but who also want to keep it all.

And while the lure of Bitcoin is anonymity, Big Brother is getting close to drawing back that veil. At a minimum, he knows where to look.

The Daily Beast reported last week that the IRS has had a contract since 2015 with Chainalysis, a New York-based company that markets a “Reactor” tool to track and analyze the movement of Bitcoin transactions. The goal of the agency is obvious – to “follow the money” as it moves from wallet to wallet, and eventually to an exchange where the owner cashes out in dollars or another fiat currency.

Based on pretty simple math, the IRS figures it’s more than worth the $88,700 it has reportedly paid Chainalysis so far – there’s likely a lot of people out there who aren’t paying their “fair share”.

For one thing, the gap between number of people dealing in Bitcoin and the number declaring income from it is wide – very, very wide.

The IRS said in court documents that between 2013 and 2015, fewer than 900 people per year reported income on Form 8949, which is used to account for “a property description likely related to Bitcoin”. That compares rather pitifully to the number of people using Coinbase – “the largest exchanger in the US of Bitcoin into US dollars,” according to the government – with 4.8m users and 10.6m wallets.

For another thing, it’s been a red-hot investment. Bitcoin’s US value was $13 at the start of 2013, and during the three-year period grew to nearly 85 times that, spiking to more than $1,100. Since then the percentage increase has slowed, but its US value was $4,563 at the time of publication, with some predictions that it could soar to $20,000 in the next three years, although there are others who think it’s a bubble, with about as much long-term value as a Ponzi scheme.

But, focusing on the three-year search of Form 8949s, the Department of Justice filed an ex parte petition last November in US District Court in California seeking authorization for the IRS to issue a “John Doe” summons that would require Coinbase to provide information on any US persons who

The taxpayers being investigated have not been or may not be complying with US internal revenue laws requiring the reporting of taxable income from virtual-currency transactions.

With pretty good reason – Bitcoin and other virtual currency transactions don’t produce any third-party documentation, like the 1099s you receive from your bank or investment brokers.

Coinbase refused to comply, complaining that the summons was “indiscriminate and over broad”. And the company got some heavy hitters on its side in May, when several committee chairs in both the House and Senate sent a letter to IRS Commissioner John Koskinen seeking more information on the summons, which they said could affect as many as 500,000 people – 90% of whom they said were

… engaged in less than $10,000 in cumulative, gross transactions during the entire period requested.

Based on the information before us, this summons seems overly broad, extremely burdensome and highly intrusive to a large population of individuals.

Perhaps in response to that pressure, the IRS blinked in July – pretty big time. It reduced the scope of the summons to include only users who had made “at least the equivalent of $20,000 in any one transaction type (buy, sell, send or receive) …”

Which obviously would leave the vast majority of “less fortunate” Bitcoin players out of the dragnet.

Fortune reported in March that Coinbase CEO Brian Armstrong had offered to provide customers with 1099-B forms – the ones banks and brokerages provide. But the case is still ongoing.

And however it is resolved, this will not end the cat-and-mouse game. As a number of reports on the conflict noted, criminals are endlessly adaptive, and so are the tools created to serve them. Some have already left Bitcoin in favor of other virtual currencies like Zcash, which promises to “fully protect the privacy of transactions using zero-knowledge cryptography”, or Monero, which offers “secure, private, untraceable currency”.

Not to mention that, at least for now, they aren’t under the same level of federal scrutiny.

One comment on “Bitcoin users, the taxman wants to know what’s in your piggybank”