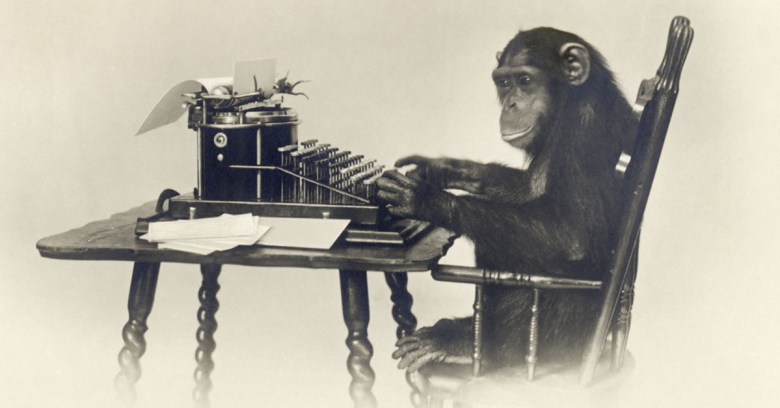 Can’t wait for the next GoT book?

Game of Thrones fans feeling bereft after the end of season seven and fed up of waiting for creator George RR Martin to deliver the sixth of seven planned novels in the series, help is at hand. Well, sort of.

“Huge fan” Zack Thoutt of Udacity is busy training a neural network to write new chapters of “the book we’re all waiting for”.

As he explains on the Udacity blog, “writing the code for the model and training it only took a few days of work, and after turning the model’s hyperparameters, I started to get some interesting results”.

You can judge for yourself: Zack has posted the first five chapters of the new book on GitHub to read. Does a neural network mean that we can now discard the old metaphor of unlimited monkeys and typewriters, and will it keep you happy until spring 2019, when it’s thought that the next series of Game of Thrones makes it to air – assuming of course hackers don’t release it first, that is?

‘Hey Google, is my washing done?’

How do you feel about asking your washing machine if your laundry cycle is finished? Or telling your sprinklers to water the lawn – all without having to get off your sofa?

Just as we’ve started to get used to having smart speakers in our homes, with the Amazon Alexa devices – the Echo and the Dot – and Google Home, the next stage, according to Google, is adding its smart assistant to a much wider range of devices.

Google said at the annual IFA consumer tech show in Berlin that it was adding its Assistant to three other manufacturers’ devices: Anker’s Zolo Mojo speaker, the Mobvoi TicHome Mini and Panasonic’s GA10. And there are more partnerships to come – including LG, which, we learned at IFA, will soon add the ability to start the washing machine and check on your dryer’s progress.

Meanwhile, another smart assistant partnership was being announced – an unlikely tie-up between the two giants of the Seattle area: Amazon’s Alexa and Microsoft’s Cortana.

The New York Times reported on Wednesday that the two companies have been collaborating for the past year to get the two assistants to talk to each other, and the functionality is expected to be rolled out by the end of the year.

What’s smart about this tie-up is that the two assistants are on very different devices and used in different ways. While Cortana is actually pretty good at the kind of queries you might ask of a mobile device, the death of the Windows Phone platform means that it’s an assistant that’s largely confined to PCs, while the Amazon devices have found a solid foothold in people’s homes – and are always on, which a laptop isn’t.

Amazon boss Jeff Bezos pointed out to the NYT that Cortana is deeply and very effectively integrated with Microsoft Office, which means for example that you could ask Alexa what time and where your next meeting with your boss is.

One comment on “News in brief: AI writes new GoT book; Google breaks out of the speaker; Cortana and Alexa hook up”