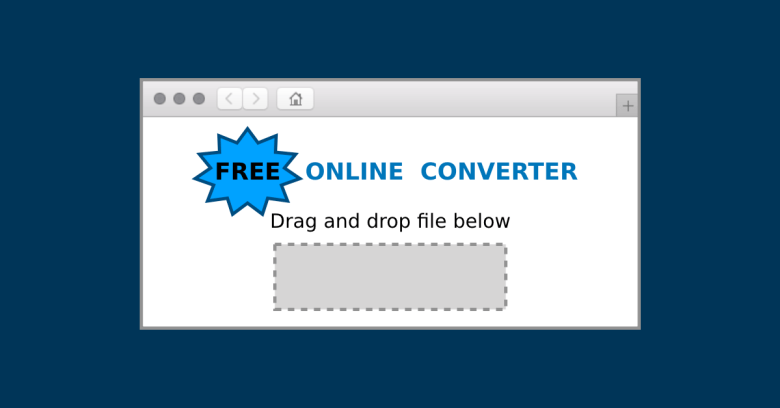 Let’s imagine that you just received an attachment on your phone, such as an image, a document or a spreadsheet.

Imagine you need to edit it, resize it, convert it to a new format, or something similar, but you don’t have a suitable app on your phone, and you don’t have your laptop with you.

It’s a file you don’t intend to make public – perhaps it’s a picture of your children, or a copy of your latest tax return, or your sales targets for next quarter – but you nevertheless need to work on urgently (it happens!)…

We’re assuming that you wouldn’t go into an internet cafe, or find an internet kiosk, and upload the file onto one of their computers to work on it.

We don’t think you’d ask the stranger sitting next to you on the train if you could borrow their laptop for a bit. (By the way, if you were that stranger, we’d advise you not to lend out your laptop – make a polite excuse, but be wary of geeks bearing GIFs.)

It’s all about trust.

But how many of us use online services – publicly accessible online servers – to do just that sort of thing?

By that, we mean websites that offer online document conversion, image editing, video transcoding, animated GIF creation, barcode generation, and so forth.

The cynic’s definition of using the cloud is “doing your work on someone else’s computer”, with all the risks that brings.

Indeed, if you use a cloud service that involves uploading your own private data to manipulate it remotely, you are very much “doing your work on someone else’s computer”.

If that someone else is unscrupulous, they might deliberately keep a copy of your personal files after you’ve finished with them.

If they’re incompetent, they might accidentally let crooks get hold of your personal files while you’re working on them.

In other words, just like it was above, it’s all about trust.

And that trust has to be earned, not assumed, as our chums at ZDNet reminded us yesterday when they wrote about a file conversion server in France that had allegedly been hackable for more than a year due to the ImageTragick vulnerability.

ImageTragick was a security hole in a popular open source image conversion utility called ImageMagick, a toolkit used on many websites to handle the low-level file manipulation needed to convert, resize and tweak images. The bug allowed a crook to upload booby-trapped fake images that would trick the ImageMagick software into running system commands chosen by the attacker, leading to what’s known as a remote code execution (RCE) bug. A patch for the bug, known as CVE-2016–3714, was published in May 2016.

According to ZDNet, the French servers in the story hosted close to 50 different online conversion services, with names such as rtftopdf, svgtopng and pdftotext.

Apparently, the ImageTragick hole had already been used to open up remote access to unknown attackers, implying that any file you uploaded to the service, or downloaded from it, could have been intercepted, inspected, modified or copied by unseen assailants.

And file conversion sites are entirely about uploading and downloading your own files, which is presumably why the attackers were interested in a remote access backdoor in the first place.

If you’re going to entrust your personal data to a cloud-based service – all the way from creating a login profile to uploading one of your own files – then don’t do it unless you have a good reason to trust that service.

This is just the same sort of “personal due diligence” you need to go through when selecting an app to which you’ll entrust your data.

Indeed, just avoiding online document converters in favour of offline, downloadable ones can end in tears too, as we wrote about last year when a free tool called EasyDoc Converter turned out to be a vehicle for infecting Mac users with a remote access Trojan, or RAT.

Here are three steps you can take when choosing a service, an app, or a combination of the two (many services come with a dedicated app, especially on mobile devices, so you don’t need to use your browser):

4 comments on “Online file conversion services – why trust them?”