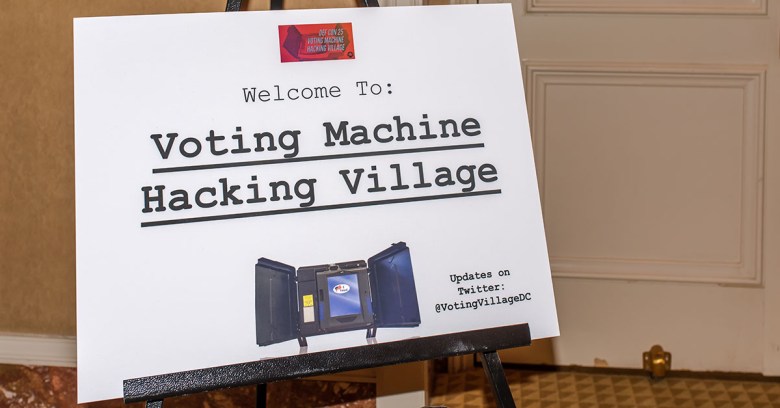 The State Board of Elections decided in a meeting on Friday that it would replace all of its current generation of voting machines that are vulnerable and plans to replace them all in time for its gubernatorial elections in November.

In its recommendation, published on Friday, the board said that it “believes that the risks presented by using this equipment in the November General Election are sufficiently significant to warrant immediate decertification to ensure the continued integrity of Virginia elections”.

It seems that the board was spurred into action after presentations at DefCon, saying: “Multiple types of DREs [Direct Recording Electronic machines], some of which are currently in use in Virginia, were hacked, according to public reports. Additional troubling reports from DefCon were publicized, including one that expressly stated the password for a DRE that was in use in the Commonwealth.”

Given the broader concerns about interference in last year’s presidential election, the move seems like a smart one.

Chrome users, you’re getting another layer of protection in your web browsing: Google is planning to build in detection for man-in-the-middle (MiTM) attacks – such as the Superfish adware that was installed on some Lenovo computers.

The new feature, created by Sasha Perigo, a former Chrome intern, will detect if a third party is trying to intercept your web traffic, throwing up a warning screen if the browser detects a large number of SSL connection errors.

You can enable the new feature in the Canary developer builds (it’s not enabled by default, though) and it is due to ship in version 63 in early December.

Bitcoin users were watching China as the price of the cryptocurrency stuttered in the wake of reports that Beijing is planning to ban exchanges that allow trading of Bitcoin and other cryptocurrencies, Reuters reported on Monday.

The reports sent the price of Bitcoin, which had hit nearly $5,000 at the beginning of September, dropping off: at the time of writing it was $4,219.14, having recovered slightly after falling below the $4,000 mark over the weekend.

China moved recently to ban Initial Coin Offerings (ICOs), which have been the flavour of the month for entrepreneurs around the world wanting to raise money for ventures, raising concerns about the unregulated nature of these financial instruments. China said last week that ICOs “seriously disrupted the economic and financial order”, which echoes concerns about the potential for fraud.

4 comments on “News in brief: Virginia ditches voting machines; Chrome to warn of MiTM hacks; Beijing cracks down on Bitcoin”