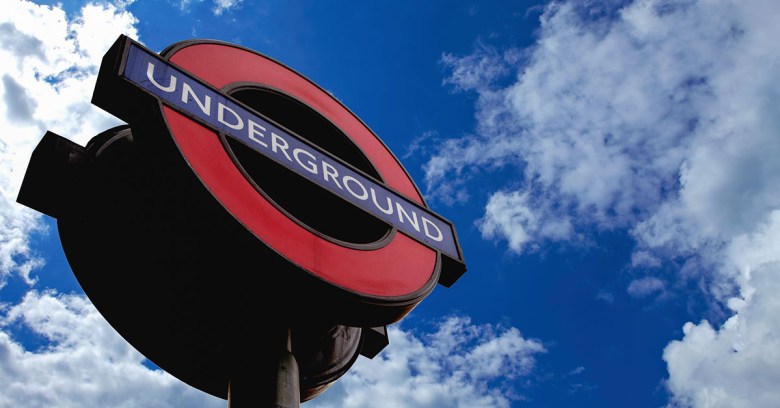 For four weeks before Christmas last year, Transport for London conducted a very interesting experiment. Using the Virgin Media WiFi network on the London Underground, TfL tracked the movement of people who had phones with WiFi turned on. The only data they recorded on each individual was their MAC address and their movement throughout the area of London’s subway system – known as the Tube – that the experiment was conducted in.

The MAC addresses stored were hashed, and warning posters were posted in the Tube, notifying customers of the test. This is what the posters said:

We are collecting WiFi data at this station to test how it can be used to improve our services, provide better travel information and help prioritise investment. We will not identify individuals or monitor browsing activity. We will collect data between Monday 21 November and Monday 19 December.

Keep calm and carry on! People who preferred to opt out could simply turn their devices’ WiFi off if they didn’t want to participate in the study.

Of London’s 270 Tube stations, 54 were involved, mainly in the central Zone 1. According to data from one day at Vauxhall station, for every three people to go through the gates, one person connected to Virgin Media’s WiFi.

Here are some of the findings of the study:

What’s been most amusing Londoners who know the intricacies of their transport system, some of which dates back to Victorian days, is what it revealed about the routes people choose between popular points. London’s Tube is notoriously Byzantine, thanks to its long history, meaning there are often several alternative routes.

One key journey, between northern rail terminus King’s Cross St Pancras, and Waterloo, the other key railway station for points south and west, can be made via 18 different routes, some quicker and more efficient than others. Many Londoners were astonished that even 0.1% of those tracked would even think of making that journey via Liverpool Street, Bank and London Bridge.

So, what did customers think? According to consumer research firm 2CV, customers are a bit apprehensive about mobile tracking, but feel better when they believe they’re making an informed decision. The posters were all over the stations used for research before and during the study. Customers who were able to read the posters probably knew they would be participating in the study if they had WiFi on, and could opt out by turning WiFi off.

A document about the study mentioned that privacy concerns could be raised if the data was compared with CCTV footage or tracking via the Oyster cards that many Londoners use to travel around the city. Only the MAC addresses of devices with WiFi enabled and their path through the study area were recorded.

Other considered options studies tracking how people get around London include using Bluetooth to track vehicles in order to collect real-time congestion data, and developing an app for customers to share their location data with TfL and have it connected to their Oyster or Congestion Charging account. Using the kind of mobile tracking that was used in the Tube study in other areas of London transport, such as bus and cycle routes, has also been considered.

TfL has probably collected all sorts of intriguing data about how Londoners use the Tube. The data can be used to improve routes, frequency, and station design.

So what about tracking in the transportation systems of other cities?

Barcelona has been using IoT-driven technology since 2012 to acquire responsive data from waste management, parking, street lighting, and yes, public transit. Xavier Trias was the mayor from 2011 to 2015, and he campaigned on technological innovation in city services.

Using about 500km of fiber optic cable throughout the city and 670 WiFi hotspots, Barcelona has been collecting data that has helped improve various city services, transport included.

A sensor system has been deployed in city parking lots and spaces. The asphalt-embedded sensors can determine whether or not there’s a vehicle on that space, and that information is used to notify motorists of available parking spaces, with the city claiming that this has reduced congestion and emissions.

Barcelona has also used smart data to reduce energy consumption from their street lights. The city had converted more than 1,100 lamposts  to LED by 2014, and added sensors to those that detect whether or not people are nearby. If there are, the light turns on, and if there aren’t, the light turns off. The lamposts are also part of the city’s WiFi network.

Now on to transportation. Digital bus stops tell customers when the next bus will arrive, and the location of the buses are tracked. The stops also broadcast free WiFi, have USB charging stations for people’s phones, and help people download apps to learn more about the city.

What about my hometown of Toronto? I’ve noticed the kind of parking spot sensors Barcelona uses at Square One Shopping Centre in nearby Mississauga. Square One is the second largest shopping mall in Canada, and the largest in  Ontario. My childhood was practically spent at that mall, so I’m very happy to see electronic signs in front of Square One’s many parking lot entrances that tell motorists how full each lot is.

Like many other cities with subway systems, Toronto’s TTC has been gradually deploying WiFi in stations over the past few years, and now every station has TCONNECT free public WiFi. The TTC and TCONNECT will deploy WiFi in the subway tunnels themselves in 2018. Good, soon I can keep on tweeting as I zip back and forth between Toronto Union Station and the Toronto Eaton Centre.

Toronto’s TTC has yet to publicly announce any customer tracking experiments like the one that was conducted in the London Underground in late 2016. If they ever get around to it, London can show us how.