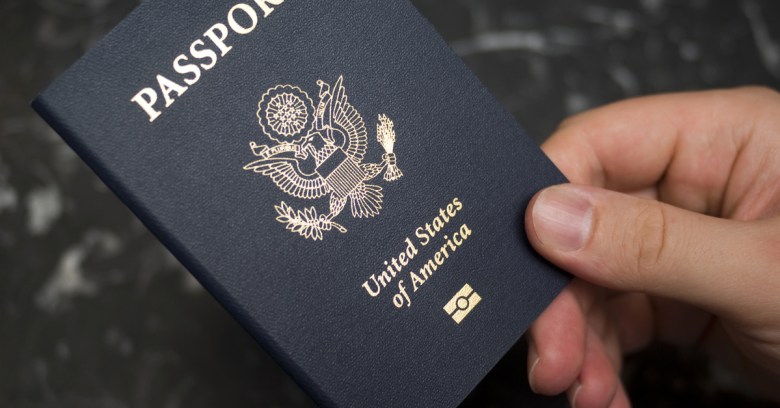 Eleven people – including a military veteran, journalists, students, an artist, a NASA engineer, and a business owner – are suing the US Department of Homeland Security (DHS) over forced warrantless searches of their cellphones and laptops at the border.

The plaintiffs are arguing that their First and Fourth Amendment rights had been violated. The legal complaint, filed in Massachusetts on Wednesday, has been brought on their behalf by the American Civil Liberties Union (ACLU), the Electronic Frontier Foundation (EFF), and the ACLU of Massachusetts.

The ACLU said in a post that of the 11 plaintiffs, 10 are US citizens and one is a lawful permanent resident. Several are Muslims or people of color. One is alleging that physical force was used by border guards. And one case involves a sick child who was allegedly detained along with her parents for six hours at the US-Canadian border.

The lawsuit seeks a court order demanding that the US government cease the kinds of warrantless searches described by the plaintiffs, along with formal declaration by DHS that its policies and practices violated the plaintiffs’ constitutional rights.

The government cannot use the border as a dragnet to search through our private data. Our electronic devices contain massive amounts of information that can paint a detailed picture of our personal lives, including emails, texts, contact lists, photos, work documents, and medical or financial records. The Fourth Amendment requires that the government get a warrant before it can search the contents of smartphones and laptops at the border.

All of the plaintiffs were returning to the US after business or personal travel when border officers searched their devices. None was subsequently accused of any wrongdoing. DHS nonetheless seized their devices, some of which they kept for weeks, some for months.

One of the plaintiffs is natural-born US citizen Sidd Bikkannavar. He’s a NASA engineer who was detained by US Customs and Border Protection (CBP) on January 30 and pressured to hand over his NASA-issued phone and the PIN to get into it.

Another of the plaintiffs is Diane Maye, a college professor and retired US Air Force officer who was detained for two hours at Miami International Airport when coming home from a vacation in Europe in June. The ACLU quoted the veteran:

I felt humiliated and violated. I worried that border officers would read my email messages and texts, and look at my photos. This was my life, and a border officer held it in the palm of his hand. I joined this lawsuit because I strongly believe the government shouldn’t have the unfettered power to invade your privacy.

Another plaintiff is Akram Shibly, an independent filmmaker who lives in upstate New York, who was crossing the US-Canada border in January when a CBP officer ordered him to hand over his phone.

I joined this lawsuit so other people don’t have to have to go through what happened to me. Border agents should not be able to coerce people into providing access to their phones, physically or otherwise.

And the story of the sick child: about two months ago, Ghassan and Nadia Alasaad were waiting to cross the US border from Quebec while returning from a five-day family vacation. Their 11-year-old daughter had fallen ill and was running a high fever, they said.

According to the lawsuit, border agents detained the family for up to six hours, confiscated their phones, and demanded the passwords to unlock them. Initially, Mrs Alasaad, a Muslim, had asked that a female agent conduct the search, to avoid male agents viewing her and her daughter without their headscarves. Waiting for a female agent would have prolonged the delay, however, and the child’s fever had already risen during the detention. After six hours in detention, the Alasaads gave up and abandoned their phones.

According to the complaint, when the phones were eventually returned, media files were missing from Mr Alassad’s phone, including a video of his daughter’s graduation.

The other plaintiffs are:

With searches at the US border on the rise, there are many pressing courts to dissect the reasons – and the constitutionality – of warrantless searches. As the ACLU notes, DHS has estimated that CBP officers searched 2,700 devices in January and 2,200 in February alone, putting it on pace to easily exceed the 19,033 devices they searched in all of 2016.

People now store their whole lives, including extremely sensitive personal and business matters, on their phones, tablets, and laptops, and it’s reasonable for them to carry these with them when they travel. It’s high time that the courts require the government to stop treating the border as a place where they can end-run the Constitution.