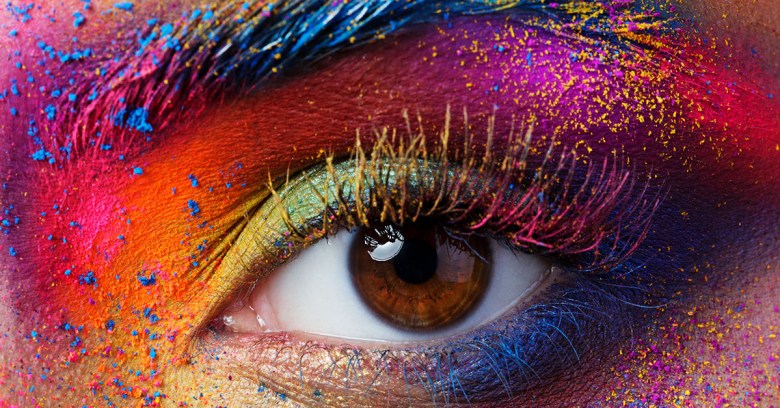 India’s national identification card scheme — commonly called the Aadhar card — came to fruition in 2009 with an ambitious goal: to register and identify a nation of more than a billion people, each with their own 12-digit unique identification (UID), and adoption of this ID card schema has rolled ahead at a fast clip.

Estimates as of August 2017 have more than 1.17bn unique identifiers under Aadhaar, with 99% of Indians over the age of 18 enrolled in the program. Enrolling more than a billion people in under a decade is indeed quite a feat.

The Aadhaar card serves as a proof of address and positive identification for a number of important services and transactions in India, including opening bank accounts, obtaining a driver’s license, filing income taxes, applying for social services, even filing a death certificate.

As part of the process to obtain an Aadhaar card, the applicant must also submit biometrics: a photograph, scans of all 10 fingerprints, and an iris scan. These biometrics, tied to the individual’s home address and UID, are all stored in a centralized database, the Central Identities Data Repository (CIDR), which is managed by the Unique Identification Authority of India (UIDAI).

One of the goals of the scheme is to make the identification process easy enough that most people in India, regardless of if they have been able to afford or obtain official paperwork previously, can easily obtain a card. In turn, residents can use their card to enroll in day-to-day services and products much more easily than before with much less bureaucratic overhead (also potentially reducing bribery and fraud), and/or participate in social welfare programs they might not have been able to before due to lack of documentation.

India’s former prime minister Manmohan Singh said at the launch of the project in 2010:

The poor did not have any identity proof. Due to this shortcoming, they could not open bank accounts or get ration cards. They could not avail the benefits of government welfare programmes because of this and many times, these benefits were pocketed by others.

The government’s stated incentive to enroll as many people as possible in Aadhaar was to reduce fraud in these social programs. That said, Aadhar did not receive universal support in Indian politics by any means, with major political parties — such as the BJP, to which current Indian PM Narendra Modi belongs — at one time opposing Aadhar over concerns about privacy and abuse.

The privacy concerns over Aadhaar have grown as the program continues to grow, with cases brought before the Indian Supreme Court monitored closely by privacy advocates such as the EFF.

As Aadhaar becomes nigh-ubiquitous in Indian daily life, the argument is that there are still unanswered questions over how the identification data collected is used and secured, and what kind of privacy rights citizens are potentially signing away when they enroll in Aardhaar. These questions have greater heft after India’s Supreme Court ruled recently that Indian citizens absolutely have a fundamental right to privacy. While there is no immediate impact on Aadhaar or its application, this ruling certainly gives those working to slow the growth of Aadhaar program a bit more leverage.

The biggest counter to any criticism of Aadhaar is that it is, technically, a voluntary program. It’s true that the government does not require its citizens to enroll in Aadhaar, but just as the US.. social security number is not technically required of every citizen unless they want to pay into the social security program, good luck getting almost any kind of job or opening a bank account without one.

The idea of having the biometrics of more than 1bn people — a mode of authentication that cannot (almost) ever be changed — stored in any kind of repository is problematic on its own. Despite whatever security measures put in place, such a repository will always be a tempting target for criminals to try and breach. The most cynical among us will no doubt say that it’s just a matter of time until such a high-value target is breached; whether or not this is realistic or just FUD is a fair debate.

That said, once biometrics data are potentially leaked, their usefulness is void. Just as we saw with the Equifax breach just recently, with nearly half of all Americans social security numbers leaked, this authentication value that’s unchangeable and so crucially tied to so many sensitive transactions has suddenly left millions of people less secure and with little to no recourse.

The biometrics are included as an attempt to dissuade or at least make fraud more difficult, but to be fair to Aadhaar, there are several authentication options, two of which doesn’t use biometrics data at all. UIDAI says the CIDR does all authentication at its own data centers and that at no point during authentication would any personal data, including biometrics data, be transmitted during the process. The authentication process returns only a yes or no value to the requestor. In addition, card holders can lock out access to their biometrics (including for authentication), and unlock them as needed; however, this is an opt-in measure at the moment.

There’s also concern that the degree of tracking in such a centralized database could be rife for exploitation by the government to surveil, or even to discriminate against religious or ethnic groups. The EFF outlines its concerns this way:

By using Aadhaar, the government can match existing records such as driving license, ration card, financial history to the primary identifier to create detailed profiles. Aadhaar may not be the only mechanism, but essentially, it’s a surveillance tool that the Indian government can use to surreptitiously identify and track citizens.

The delay in sorting out the nature and scope of privacy as right in India has allowed the government to continue linking Aadhaar to as many schemes as possible, perhaps with the intention of ensuring the scheme becomes too big to be rolled back.

In addition, it’s not clear if there’s any way to unsubscribe or remove yourself from Aadhaar once you’ve enrolled (and presumably given your government all your biometric data) — it could be that the only way to get rid of this information is to never enroll in the first place.

The key question with Aadhaar is quite simply: do the benefits of a centralized ID system like this — which can help reduce burdensome bureaucratic overhead and enable thousands, if not millions, of people to get services they need — outweigh the risks to personal privacy and potential for abuse and fraud?