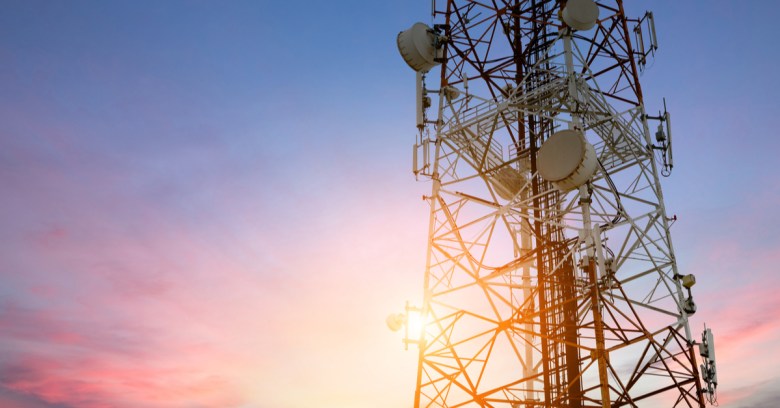 A Washington DC Court of Appeals said on Thursday that law enforcement’s warrantless use of stingrays—suitcase-sized cell site simulators that mimic a cell tower and that trick nearby phones into connecting and giving up their identifying information and location—violates the Constitution’s Fourth Amendment protection against unreasonable search.

The ruling (PDF) overturned the conviction of a robbery and sexual assault suspect. In its decision, the DC Court of Appeals determined the use of the cell-site simulator “to locate a person through his or her cellphone invades the person’s actual, legitimate and reasonable expectation of privacy in his or her location information and is a search.”

Here’s how the Fourth Amendment reads:

The right of the people to be secure in their persons, houses, papers, and effects, against unreasonable searches and seizures, shall not be violated, and no Warrants shall issue, but upon probable cause, supported by Oath or affirmation, and particularly describing the place to be searched, and the persons or things to be seized.

In 2013, D.C. Metropolitan Police used a stingray to nab a suspect, Prince Jones. The Appeals Court on Thursday rejected the government’s defense, saying that doing so without a warrant “violated the Fourth Amendment.”

We thus conclude that under ordinary circumstances, the use of a cell-site simulator to locate a person through his or her cellphone invades the person’s actual, legitimate and reasonable expectation of privacy in his or her location information and is a search. The government’s argument to the contrary is unpersuasive.

This could have wide-ranging impact on policing tactics. According to a December 2016 report (PDF) from the House Oversight and Government Reform Committee, between 2010 and 2014, U.S. taxpayers have spent $95 million on 434 cell-site simulator devices. Just one such device costs around $500,000.

But then again, it might not. As CBS News notes, privacy advocates are worried that Attorney General Jeff Sessions’ tough-on-crime stance might favor an approach to stingray surveillance that doesn’t stress the need for warrants to protect privacy rights.

At any rate, this decision follows a trend in court decisions about warrantless use of stingrays.

Last month, a federal judge in Oakland, California, ruled that police must generally have a warrant before they use a cell-site simulator. Notably, the judge didn’t suppress the evidence collected via stingray, however, thereby enabling a man who shot a police officer to get sentenced to 33 years in prison.

Last month’s decision brought an end to US v. Purvis Lamar Ellis, a case against three men who were charged with racketeering and the attempted murder of an Oakland, California police officer in 2013. A fourth man who’d pleaded guilty in April 2017, Damien McDaniel, was sentenced to 33 years in prison on Wednesday.

Yes, police must generally have a warrant, US District Judge Phyllis Hamilton wrote in a 39-page order denying Ellis’s request to suppress his cell phone records. That’s not too surprising: courts have been moving toward this interpretation of cell phone surveillance. In her ruling, Hamilton said that the use of a stingray (two, actually) to find Ellis constituted a search under the Fourth Amendment and therefore required a warrant.

Likewise, in 2015, the US Department of Justice issued a new, enhanced policy about stingray use, aimed at increasing privacy protection. It stated that thenceforth, all federal agencies had to obtain a search warrant – based on probable cause – before using cell-site simulators. That, being a policy change, was never actually written into law.

Nonetheless, within months, also in 2015, California followed suit, passing a law requiring a warrant to search computers, cellphones and tablets.

But there’s a big “but” in this particular case. Hamilton ruled that in the case of US v. Ellis, no warrant was needed, and so the evidence gathered by the stingrays wouldn’t be suppressed.

The reasoning behind dismissing the need for a warrant has to do with what’s known as “exigent circumstances.” In the context of criminal proceedings, that covers emergency situations where swift action is needed to prevent imminent danger to life or serious damage to property, to keep evidence from being destroyed, or to stop a suspect who’s taking flight. In situations with exigent circumstances, no warrant is required.

The case started with the attempted murder of a rival gang member by McDaniel and three other members of the Sem City gang in Oakland.

The men opened fire on the rival gang member when they found him on their turf, at a bus stop, on Jan. 20, 2013. They shot him in the head at close range while he lay on the ground, according to a Department of Justice statement, but the victim survived.

Police got a tip that the suspects’ getaway car was at an apartment complex in East Oakland the next day. Officer Eric Karsseboom went to the area in an undercover car to stake out the suspects when McDaniel saw him, opened the passenger door and grabbed Karsseboom’s off-duty gun from the center console, according to court records.

McDaniel tried to take another gun from Karsseboom’s waistband while other Sem City gang members held guns on the officer. The gang members pistol-whipped Karsseboom, and McDaniel shot him in his left arm.

McDaniel’s co-defendants, Deante Terrance Kincaid and Joseph Pennymon, pleaded guilty last month to charges connected to the shooting and beating of Karsseboom. Purvis Lamar Ellis, the fourth defendant charged in the attack, was the only one who pleaded not guilty. Ellis is the one whose motion to get his cellphone records suppressed was denied.

Ellis was expected to plead guilty at a plea hearing on Thursday.