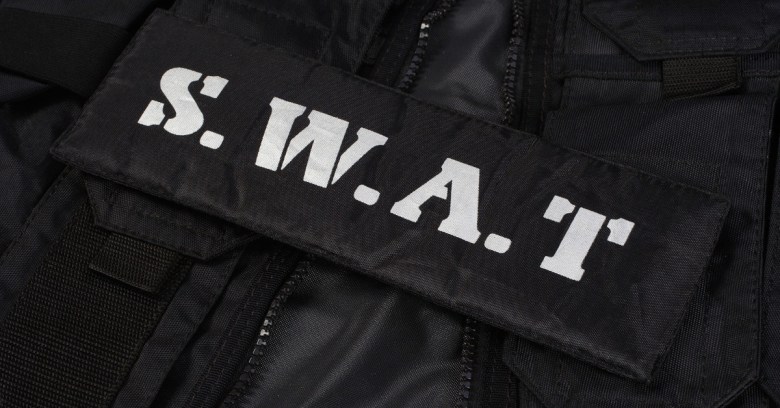 Perhaps the message to young males looking for the thrill of “SWATting” is that investigative security blogger Brian Krebs is not your best target.

Yet another of several Krebs tormenters – Curtis Gervais, 19, of Ottawa, Canada – was recently sentenced for making almost three dozen fraudulent calls to emergency services in the US and Canada starting when he was all of 16, in 2013, and on into 2014. Two of those calls targeted Krebs.

Although when it came to Krebs, Gervais was late to the party. The blogger had been targeted enough previously that both he and the local police department were wise to it.

SWATting, which takes its name from elite law enforcement units called SWAT (Special Weapons and Tactics) teams, is a hoax that, as Krebs put it in a blog post Monday, “spoofs a call about a hostage situation or other violent crime in progress in the hopes of tricking police into responding at a particular address with deadly force.”

How much of a deterrent the sentence will be is obviously unknown, but it doesn’t add up to hard, or expensive, time. While Krebs reports that the FBI has said each SWATting incident costs emergency responders an average of $10,000, Gervais was sentenced to just nine months – six in a youth group home and the final three at his own residence with restrictions that include a ban on using a home computer. He is also banned from using Twitter or Skype during an 18-month probation. The sentence is stayed pending an appeal.

As noted, Krebs has been targeted by others – as Naked Security reported in February, Eric Taylor, 19, was sentenced to three years probation for being one of a group that, in 2013, spoofed an emergency call to make it appear that it had come from Krebs’s phone.

Taylor, who used the handle “CosmotheGod,” was among those who reported that there was a hostage situation at Krebs’s home in northern Virginia. That resulted in heavily armed police, “surrounding my home and putting me in handcuffs at gunpoint before the police realized it was all a dangerous hoax,” Krebs wrote.

Also in February, a Ukrainian man, Sergei Vovnenko, who uses aliases including “Fly” and “Flycracker,” was sentenced to 41 months in prison for trying to frame Krebs in 2014 by sending heroin to his house and alerting police about when it was going to arrive.

In that case, it was attempted retaliation – Krebs had gotten surreptitious access to a forum Vovnenko ran on the dark web where he was trying to raise money to buy heroin on the now-defunct underground market Silk Road.

Krebs foiled Vovnenko’s attempted revenge when he alerted police and the FBI – three days before it arrived – that he expected a package of heroin. And when he wrote about that, Vovnenko started issuing threats to Krebs, including one to his wife.

But in the case of Gervais, who used Twitter accounts @ProbablyOnion and @ProbablyOnion2, the motive seemed to be mainly for bragging rights. After SWATting a number of schools and residences, he solicited more targets on Twitter, and some responders apparently suggested Krebs, who said the harassment began in March 2014 with a series of “rude and annoying messages on Twitter.”

By this time, however, local police were wise to the reality that Krebs was a regular target of this kind of hoax. So a month later, on April 10 when @ProbablyOnion started bragging on Twitter about dispatching a SWAT team to Krebs’s home because of a violent hostage situation, the cops had already called Krebs on their non-emergency line, “and they were unsurprised when I told them that the Krebs manor and all of its inhabitants were just fine,” he wrote.

And when @ProbablyOnion tried again to dispatch a SWAT team to his home, on May 7, Krebs had learned his identity from a document leaked on Pastebin. In an exchange of tweets, @ProbablyOnion asked, “How’s your door.” Krebs’s reply: “Door’s fine, Curtis. But I’m guessing yours won’t be soon. Nice opsec!”

Gervais was arrested a couple of days after that exchange.

Ontario Court Justice Mitch Hoffman noted that the hoax calls, which resulted in the evacuations of schools, homes and a shopping center, caused thousands of people’s lives to be, “put in turmoil and terrorized.” He also called it, “a massive waste of public resources with significant cost to emergency services, and therefore to the taxpayer.”

But he imposed a relatively lenient sentence in part because of 900 hours of volunteer service Gervais had performed in recent years.

Others drawn to this kind of thrill, or attempted revenge – and there are hundreds of them every year, according to the FBI – may not be so fortunate in the future if they are caught. Two members of the US Congress – Rep. Katherine M. Clark (D-MA) and Patrick Meehan (R-PA) filed what they called the Interstate Swatting Hoax Act of 2015, which called for fines and jail time ranging from a year to life, depending on the damage caused.

That bill went nowhere – the last and only action on it was a referral to committee in December 2015. But there is a growing awareness of the costs and strain this kind of crime puts on emergency services, and the potential for mortal danger resulting from what its practitioners call a prank.

It is at least becoming more expensive in some places. California passed a law that took effect in January 2014 that requires those convicted of SWATting to reimburse the departments of responders up to $10,000.