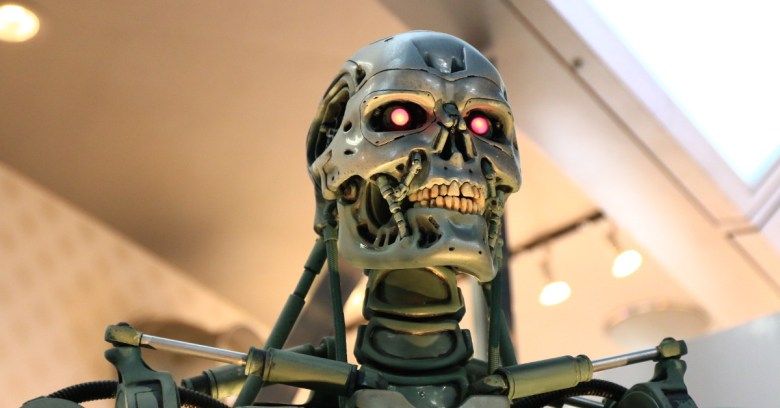 Some very smart people have a theory about Artificial Intelligence (AI): someday, if we’re not careful, machines will grow smart enough to wipe us all out.

Richard Clarke and R.P. Eddy devoted a chapter to it in their book Warnings: Finding Cassandras To Stop Catastrophes. Elon Musk, Steven Hawking and Bill Gates have all warned about it, Apple co-founder Steve Wozniak has pondered a future where AI keeps humans around as pets, and computer scientist Stuart Russell has compared the dangers of AI to that of nuclear weapons.

Musk in particular has become strongly associated with the subject. He’s suggested that governments regulate algorithms to thwart a hostile AI takeover and funded research teams via the FLI (Future of Life Institute) as part of a program aimed at “keeping AI robust and beneficial.”

AI run amuck is also part of our culture now and central to the plot of some landmark films and TV like 2001: A Space Odyssey, War Games, The Matrix and Westworld.

Fears of AI might make for good TV but the warnings about our new robot overlords are overblown, according to Sophos data scientists Madeline Schiappa and Ethan Rudd.

The two explain why an AI takeover is unlikely, in a new article on Sophos News.

They warn against spreading irrational panic and suggest a closer look at just how far machines are from achieving human-level intelligence. There are tasks that artificial neural networks’ (ANNs) just can’t handle, they point out. In particular, ANNs aren’t good at performing multiple heterogeneous tasks at the same time, and probably won’t ever be, unless new learning algorithms are discovered:

An ANN trained for object recognition cannot also recognize speech, drive a car, synthesize speech, or do so many of the thousands of other tasks that we as humans perform quite well. While some work has been conducted on training ANNs to perform well on multiple tasks simultaneously, such approaches tend to work well only when the tasks are closely related (e.g., face identification and face verification).

With assistive technologies like Siri and Alexa infiltrating our homes, they write, the notion of intelligent, robotic assistants seems plausible. But it’s easy to overestimate just how intelligent these systems are. When thinking of intelligence as the general ability to perform many tasks well, they added, ANNs are very unintelligent by general intelligence standards, and there is no obvious solution to overcome this problem.

To read the full article, pop over to our sister site, Sophos News.

20 comments on “Waiting for Skynet? Don’t hold your breath”