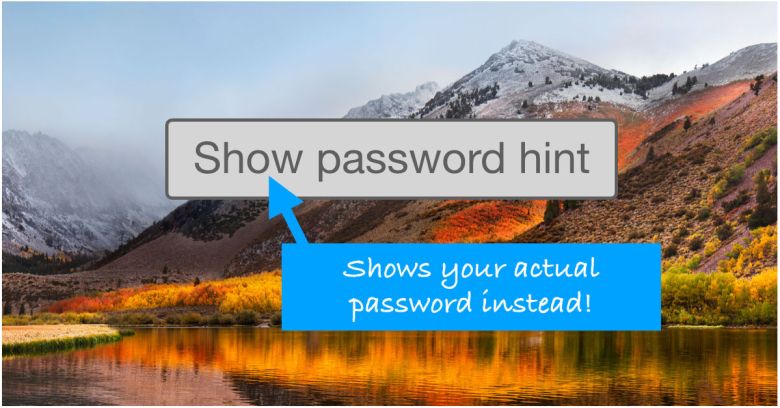 But the first security update has already come out, and we suggest you apply it urgently.

There are two bugs fixed; the facepalming one is described thus:

[BUG.] A local attacker may gain access to an encrypted APFS volume. If a [password] hint was set in Disk Utility when creating an APFS encrypted volume, the password was stored as the hint.

APFS is short for Apple File System, Apple’s new way of organising hard disks that replaces the old (but still supported) HFS Plus, a 20-year-old filing system itself derived from Apple’s Hierarchical Filing System, or HFS, that dates back to the 1980s.

By some accounts, APFS was long overdue: HFS Plus dated from the early days of Mac OS, and wasn’t really designed for the Unix core that was introduced in OS X (now macOS).

For example, HFS Plus can’t deal with dates after 2040, and doesn’t allow multiple processes to access the filesystem at the same time, making it more sluggish and less future-proof than other widely-used filing systems such as NTFS on Windows and ext4 on Linux.

APFS was introduced as Apple’s default and preferred filing system in High Sierra.

This means new drivers inside the operating system to support disks formatted with the new system, and new features in Apple’s disk management utilities to prepare APFS disk volumes for use.

It turns out that the APFS support in the High Sierra version of Disk Utility has feet of clay, as we’ll show here. 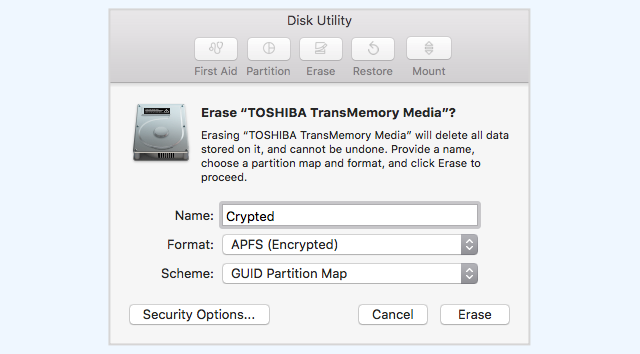 So far, so good, until we unplugged the device and plugged it back in: 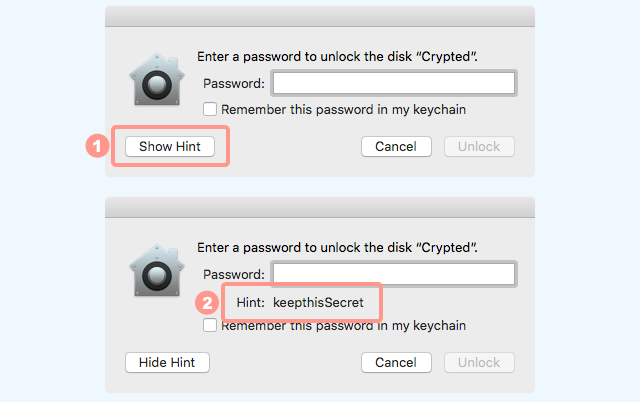 The text The hint should be shown had, it seemed, simply been thrown away.

In other words, if you set a password hint as suggested, anyone who stole your disk could “hack” the password simply by using Disk Utility’s [Show Hint] button!

By the way, you can blank out the password hint on any APFS volume, just in case, with the following diskutil command in a terminal window:

If there wasn’t a hint, no harm is done, but you’ll see an error message like this, so by repeating the above command until you provoke the error message, you can verify that any hint was indeed scrubbed:

Alternatively, you can overwrite the existing password hint by using the command line option -hint, instead of -clear, like this:

Whatever you do, though, don’t follow the suggestions of Apple’s own diskutil help text, which offers this terrible advice:

Of course, if you had set a hint with Disk Utility, then for all you know someone who knew the [Show Hint] trick might have seen your password, so you ought to change it.

You can update the passphrase on an APFS Encrypted volume quickly and easily as follows:

A bad look for Apple, letting a buggy system utility like that into a production release…

…but a creditable response by Apple in getting a fix out quickly.