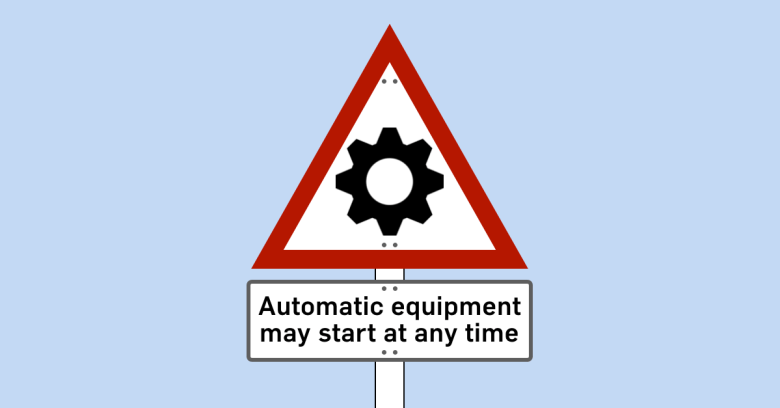 Apple iPhones have a neat feature called Control Centre that gives you easy access to settings and features you typically use a lot.

Amongst other things, you can quickly set your screen rotation lock, turn on the torch (flashlight), set the screen brightness and volume, and, perhaps most conveniently of all, control your wireless connectivity settings.

Now, you can change its appearance, as well as give yourself access to Control Centre from everywhere, making it likely you’ll use it more often: 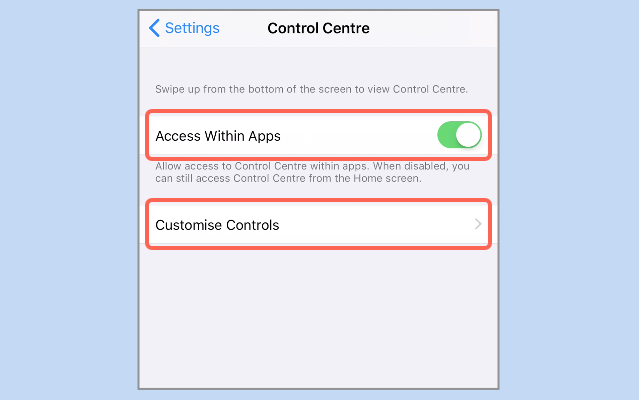 You open the Control Centre simply by swiping up from the bottom of the screen: 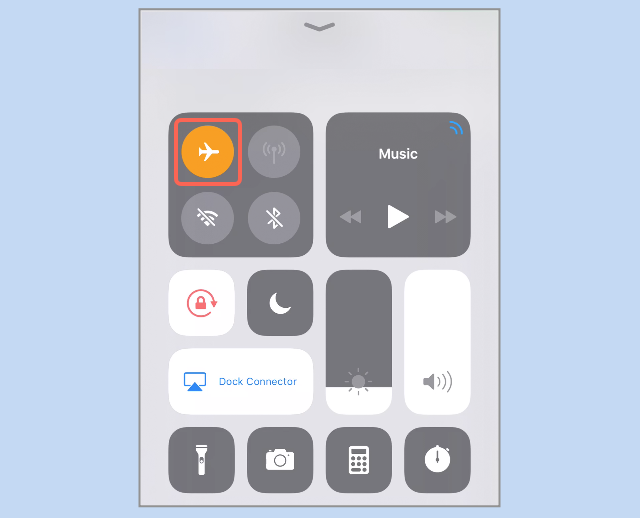 As you can see above, I’ve got Airplane mode turned on (the icon goes orange to indicate that in this mode, “on” effectively means that connectivity is off).

If I tap the plane icon, Airplane mode goes off and Wi-Fi (blue) and mobile data (green) are automatically activated: 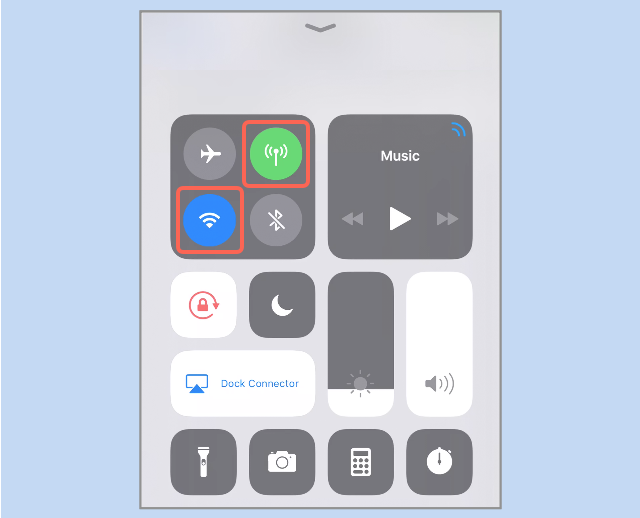 In my case, however, Bluetooth remains off.

That’s because I have it turned off in my iPhone settings – apart from a brief flirtation with a Bluetooth mouse a few years ago, which cost me far more in batteries and late-night trips to the convenience store than I recovered in utility, I’ve simply never used or needed it: 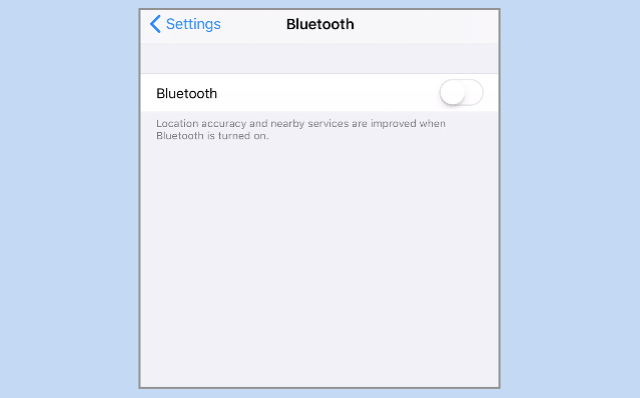 Now assume that I briefly wanted to use Bluetooth, and I decided that the new access-from-anywhere Control Centre screen would be a handy way to control it.

I’d tap the Bluetooth icon on (left), and then later tap it off (right): 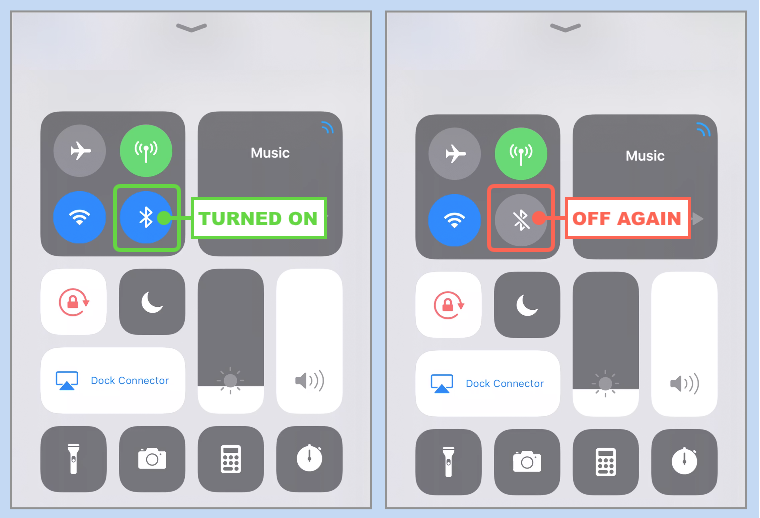 But look what’s happened when I go back into the iPhone settings screens.

Bluetooth shows up as “Not Connected”, and the Bluetooth page itself shows that it is actually active, but in a halfway-house mode where “new Bluetooth connections have been turned off”: 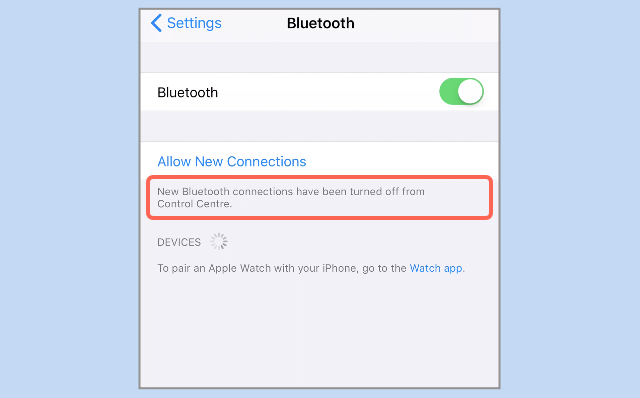 In other words, the Bluetooth button on the Control Center page isn’t an off-on toggle as its visual appearance suggests; it’s an off-on-sort-of-off-but-not-really-off-at-all toggle that doesn’t work as you might expect.

It’s the same with Wi-Fi: if you turn it off from Control Center, you don’t actually turn it off, as the grey icon suggests, but simply drop it into a similar halfway-house mode, causing it to disconnect from the network you’re on right now but leaving the Wi-Fi hardware active: 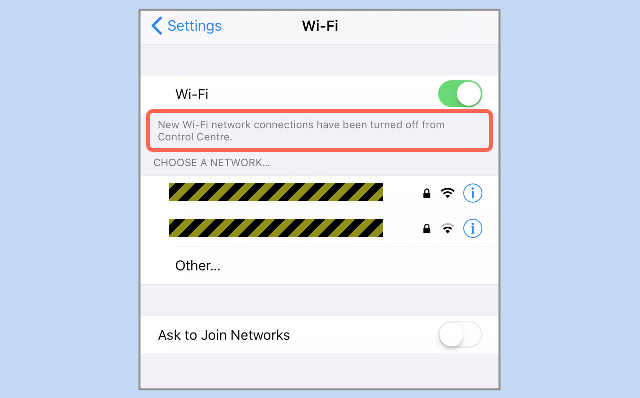 To be fair to Apple, this behaviour is officially documented in Apple support article HT208086, entitled Use Bluetooth and Wi-Fi in Control Center with iOS 11, but in our opinion, you’d be forgiven for thinking that those those grey “off” icons on the Control Centre screen really meant “off”.

As the support article explains it, “off” in this context means something much more nebulous, namely:

Both Wi-Fi and Bluetooth will continue to be available, so you can use these important features: AirDrop, AirPlay, Apple Pencil, Apple Watch, Continuity features, like Handoff and Instant Hotspot, Instant Hotspot and Location Services.

Curiously, the support article also documents that both Wi-Fi and Bluetooth will automatically come back on when one of these happens:

What’s special about 5am? We have no idea – please share your best guess, or your worst nightmare, in the comments below. Tell us why why you think Apple hard-wired that particular time into the system. 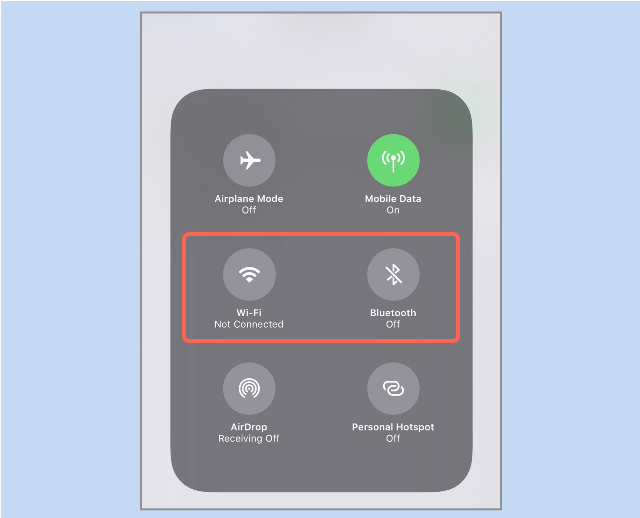 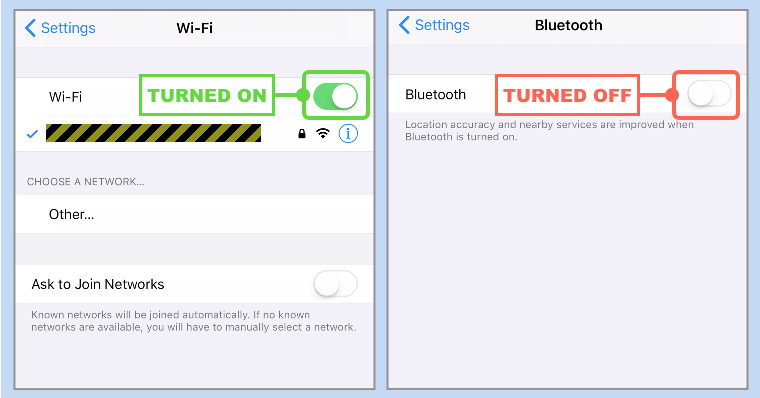 Be careful out there: it turns out that “on” means “on”, but “off” may mean “coming on again soon”.