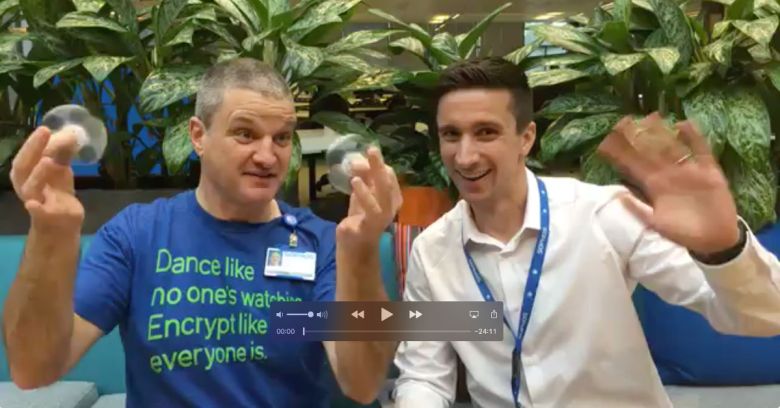 We recently published an article with the somewhat provocative title Why it’s time to stop calling users “n00bs” and “1d10ts”.

In that article, Sophos security expert James Burchell argued that you can fight cybercrooks best if you recruit all your staff into your security team, and avoid an us-and-them attitude to IT security.

Many of you agreed wholeheartedly, especially users who had at some time been the victims of what they felt were mercurial decisions by IT.

Others, presumably tired IT staff who had suffered more than they felt fair at the hands and mouse clicks of recalcitrant users, argued that you can’t teach users anything, so why even try?

Given the intriguing – but fortunately good-hearted – controversy that James stirred up, we decided that this would be a gret issue to air publicly on Facebook Live.

Watch now, and have your say in the comments below (you may comment anonymously):

PS. Do you like the T-shirt in the video? You can buy one for yourself (as well as those fidget spinners we’re fidgeting with) at https://shop.sophos.com/.

3 comments on “Are users “luzers” or is it time for an att-IT-ude change? [VIDEO]”