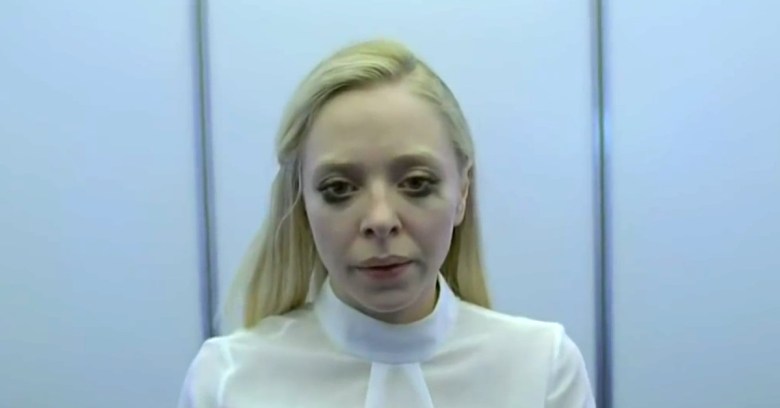 This week’s episode marks the half-way point for season 3 of Mr. Robot.

After last week’s episode I thought this week we’d have very little computer security intrigue to talk about, but even with enough plot twists to make my head spin, the show writers have given us some interesting concepts to discuss.

So indeed, first-scene-elevator-guy, aller Anfang ist schwer — every beginning is difficult— let’s take a look at what this week has for us to learn about.

Security is notorious for its love of TLAs (three letter acronyms — sorry), and this episode featured one a few times: HSM, short for hardware security module.

HSMs are special-purpose, dedicated cryptographic computers that are supposed to be tamper-proof, or at least very strongly tamper-resistant.

You store your encryption keys and your digital signing certificates in an HSM and if anyone tries to steal them or misuse them, even if they have physical access to the device…

…poof! The HSM automatically wipes its data and goes into digital meltdown.

Anyway, a big part of the episode tonight revolved around Angela needing access to E-Corp’s HSM.

Piecing bits of the plot together with Elliot’s dialog, the reason appears to be so Angela can help launch Dark Army’s “stage 2” attack, via a hack that weaponizes a whole lot of UPSes (uninterruptible power supplies – computer-controlled backup batteries that are supposed to take over if mains power goes down).

Elliot thought he had successfully thwarted a UPS attack with a patch, so the HSM comes in to play here in Dark Army’s counterattack to Elliot’s patch.

Because the attackers can no longer exploit vulnerabilities in the UPS, they’ll weaponize the UPSes by updating them with a harmful firmware update.

In order for this firmware update to be accepted as legitimate, however, it presumably needs to be digitally signed or certified.

It’s E-Corp’s HSM that plays a key role in that certification, which is why Angela needs access to it.

Tamper-resistance makes HSMs a tricky target – if something goes wrong during the attack and the HSM presses its self-destruct button, you’re rumbled.

So I did find it curious that we saw Angela messing around with E-Corp’s HSM, especially since we’ve been led to believe that she’s not quite on Darlene or Elliot’s level when it comes to hacking or technology.

In her phone call with Irving, she says she followed the instructions left for Elliot, but it was hard to see what was going on — she was plugging in some ethernet cables and USB cords, launching some kind of terminal, plugging in peripherals.

Was this all plug-and-play enough that she could manage it without much training? (If not, those notes must have been very detailed!)

Does Angela know a lot more about hacking than she’s previously let on?

If Angela made any kind of mistake here, the HSM’s tamper detection could have tripped and the machine could very well have bricked itself, and if that happens, Dark Army’s stage 2 attack via firmware will not work.

I guess we’ll find out next week how successful she was.

Everyone’s guessing until next week’s episode — Angela, what’s in the bag?