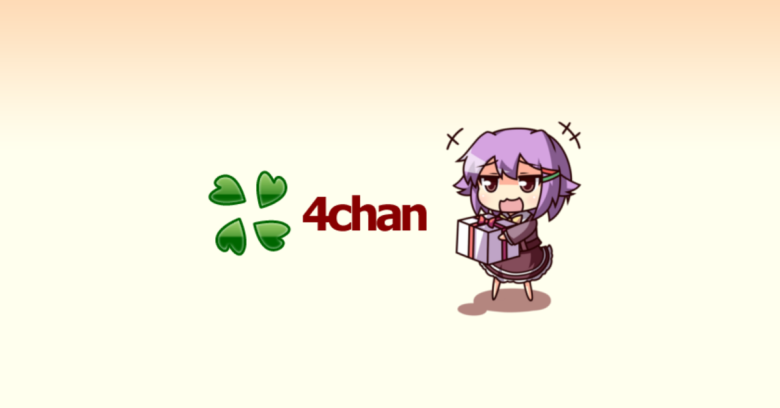 In June, a 29-year-old man who fired a military-style assault rifle inside a popular Washington pizzeria, wrongly believing he was saving children trapped in a sex-slave ring, was sentenced to four years in prison.

The judge said at the time that it was “sheer luck” that Edgar Maddison Welch didn’t kill anybody. But it wasn’t luck that planted the so-called “PizzaGate” conspiracy theory in his head: we can credit a particularly dark corner of 4chan for that.

It started with hacked emails on WikiLeaks… which got scoured for political wrongdoing in the Clinton campaign staff by a popular Reddit forum dedicated to Donald J. Trump and 4chan’s far-right fringe message board… and which wound up confabulated into PizzaGate by somebody on 4chan who connected the phrase “cheese pizza” to pedophiles, who use the initials “c.p.” to denote child pornography on chat boards.

PizzaGate is only one of a long lineage of fake news spawned on 4chan’s message boards. Reading the output of what the Guardian once dubbed the “lunatic, juvenile, brilliant, ridiculous and alarming” 4chan community can melt your brain.

But you’ve got to hand it to them: the site that persuaded web users to microwave their iPhones has always been good at clogging up the internet with its memetic fatbergs.

In fact, alt-right communities within 4chan and Reddit are veritable hatcheries from which crawl a surprisingly large number of the headlines that eventually infest Twitter.

That’s the finding of a study from the University of Alabama at Birmingham, Cyprus University of Technology, University College London and Telefonica Research.

The results of the study were published last week in a paper at the ACM Internet Measurement Conference in London.

The researchers studied mainstream and “alternative” news shared on Twitter, Reddit and 4chan, with the aim of finding out how “misleading, false, or agenda-driven information” spreads online, leaving swathes of duped people in its wake. They analyzed millions of posts to measure how mainstream and alternative news flows between those platforms.

The researchers found that tightly knit, highly active fringe communities are an important part of our current news ecosystem and often succeed in spreading alternative news to mainstream social networks and the greater web.

This is the first large-scale measurement of how mainstream and alternative news flows through multiple social media platforms. The paper focuses on Twitter, 4chan and Reddit because in spite of their differences, all three are generally accepted as being drivers of substantial portions of the online world; because of anecdotal evidence that specific sub-communities within Reddit and 4chan act as incubators of fake news; and because all three have a big impact on people’s opinions and actions when they spread fake news.

One of the researchers, Jeremy Blackburn, assistant professor of computer science in the UAB College of Arts and Sciences, told Phys.org that the smaller, fringe communities on Reddit and 4chan are where many alternative news pieces incubate before spreading to mainstream platforms:

The content and talking points are refined until they finally break free and make it to larger, more mainstream communities.

The researchers analyzed more than 400,000 tweets, 1.8 million posts and comments on Reddit, and 97,000 posts and replies on 4chan that contain URLs from 99 news sites. The data sets covered activity on the three platforms between 30 June 2016 and 28 February 2017, with a few gaps due to web crawler failure.

Using a mathematical technique called the Hawkes process, the team of researchers measured the influence of six subreddits: “The_Donald,” “politics,” “worldnews,” “AskReddit,” “conspiracy,” and “news.” They also measured the “/pol/” board on 4chan (the site’s Politically Incorrect board) and Twitter: a platform that they said is a major influence on the posting of URLs from alternative news sites on other social platforms.

In fact, Twitter has a greater effect on spreading alternative news than it does on spreading mainstream news stories.

What does this all add up to? Well, that it’s a two-way street. Just as Twitter to a large degree influences the alternative news URLs that wind up on other platforms, such as Facebook, the alternative URL producers also feed Twitter.

The biggest alternative “news” sources that spread their URLs to Twitter are The_Donald subreddit – mostly a community of Donald Trump supporters – and 4chan’s /pol/ board, which is known for being stuffed with hate speech and racism.

The researchers note that they only looked at a closed system of eight platforms and subreddits, but it’s clear that Twitter is “undoubtedly effective at propagating information.”

If fervent groups on 4chan and Reddit succeed in getting their URLs picked up on Twitter they can be disseminated far and wide. The tiny size of communities like the alt-right nooks and crannies of /pol/ and The_Donald are belied by their outsized influence, in other words:

The influence these two communities have on Twitter is likely to have a disproportional impact on the greater Web compared to their relatively minuscule userbase.

What are we supposed to do about all this? There is little to nothing stopping sites from disseminating disinformation. Publishing is as cheap as the air that Wi-Fi slices through. Too bad that the consequences of outrageous fabrications aren’t as ethereal.

There is nothing ethereal about a deluded man with an assault rifle.

But at least understanding how fake news is born (or where, as in the case of the recently revealed Russian troll farm) is a start. The researchers plan to keep going, with their next target being to explore advanced image recognition techniques to look for screenshots shared among the different platforms, as well as Natural Language Processing methods to determine whether stories become a part of the platform’s narrative of events.

They believe that understanding how these alternative news sources influence online platforms can help in efforts to detect, and to mitigate, misleading information. Agenda-driven information. False information. Fake news. Conspiracies. Nonsense spun out of stolen conversations about cheese pizza baked in minds with overheated imaginations.