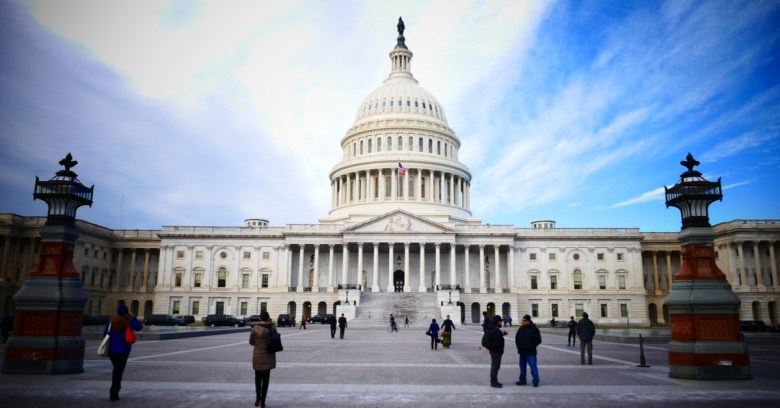 The US Congress still hasn’t passed any legislation to rein in what critics call “warrantless surveillance” of US citizens by the nation’s multiple spy agencies. But there are now five proposals on the table aimed in that direction.

The latest, introduced last week, is the Senate version of the USA (United and Strengthening American) Liberty Act of 2017, which at least some privacy advocates say is a marked improvement over a House bill of the same name that was introduced in early October 2017.

Both bills would put restrictions on the most contentious provision – Section 702 – of Title VII of the Foreign Intelligence Surveillance Act (FISA), which is up for renewal, reform or expiration by the end of the year.

Section 702, according to its numerous critics, has allowed government intelligence agencies – the NSA, CIA, FBI and the National Counterterrorism Center – to collect and sift through vast troves of information on an unknown number (intelligence agencies won’t say how many) of American citizens, all because it is “incidentally” collected during surveillance of foreign targets. And they have been able to do it without probable cause, a warrant or any evidence of criminal activity.

The House bill, which has bipartisan sponsorship, would require that law-enforcement agencies get a warrant before they can get an American citizen’s emails or phone calls recorded by the NSA.

But – there is always a but – it would also grant a number of exceptions to that requirement, including whether a person, “is the subject of an order or emergency authorization” and if “the Attorney General has a reasonable belief that the life or safety of a person is threatened…”

Which, as Rainey Reitman of the Electronic Frontier Foundation (EFF) put it, improves things a little… but:

…doesn’t effectively end the practice of ‘backdoor searching,’ when government agents – including domestic law enforcement not working on issues of national security – search through the NSA-gathered communications of Americans without any form of warrant from a judge.

She had other complaints – a lack of transparency and oversight and, “most importantly, the bill won’t curtail the NSA’s practices of collecting data on innocent people.”

Elizabeth Goitein, co-director of the Liberty and National Security Program at the Brennan Center for Justice at NYU School of Law, agreed, arguing in a post in US News that the exceptions to the warrant requirement could “swallow the rule.”

She said it could make things even worse, by introducing, “a new and dangerous principle into the law: the notion that Americans have lesser rights when the government is acting with a ‘foreign intelligence’ purpose.”

And what about the Senate bill, which also has bipartisan sponsors?

EFF did not respond to calls or emails, and hadn’t posted comments about it on its website as of Monday, but Neema Singh Guliani, legislative counsel for the American Civil Liberties Union (ACLU), said in a statement that it is much better:

This bill is a dramatic improvement over the House version of this legislation. For years, the NSA, CIA, and FBI have engaged in illegal ‘backdoor’ searches, deliberately looking for and accessing Americans’ private information collected under Section 702 without a warrant…

This bill would help to rein in these illegal searches by requiring the government to get a warrant when they deliberately search for and then subsequently seek to view Americans’ private communications.

Guliani said the Senate bill doesn’t address all of what she said were “constitutional concerns” with Section 702, but called it, “an important step forward from the dismal status quo.”

What are the Senate bill’s chances? Not good, according to the Washington Post, which predicted it has, “little chance of passage.”

And if an earlier vote by the Senate Intelligence Committee is any guide, the Post is probably correct. That committee voted 12-3 in late October 2017 to renew FISA for eight years, with only a minor tweak.

Still, there are legislative moves besides the USA Liberty Act that would curb what are seen as the most egregious elements of Section 702.

A bill filed in October 2017 by a group of 14 senators, titled the USA Rights Act, is the most aggressive – it would impose virtually all the restrictions sought by privacy advocates, but intelligence officials contend they would give terrorists and criminals the cover they want.

Those moves may be because in recent years members of Congress have found their own communications made public, thanks to the Section 702 dragnet. Frank Miniter, writing in Forbes, noted that elected officials now have “skin in the game.”

Recent “unmaskings” show that even a congressman’s conversations with a foreign official might go public with their names un-redacted. Then, even if the member of Congress didn’t do anything wrong, what they said and whom they spoke with could quickly be taken out of context by the media outlets that root for the opposing team.

The deadline for a vote on any of these options is the end of the year – less than six weeks away.

2 comments on “US Senate takes aim at “warrantless surveillance””