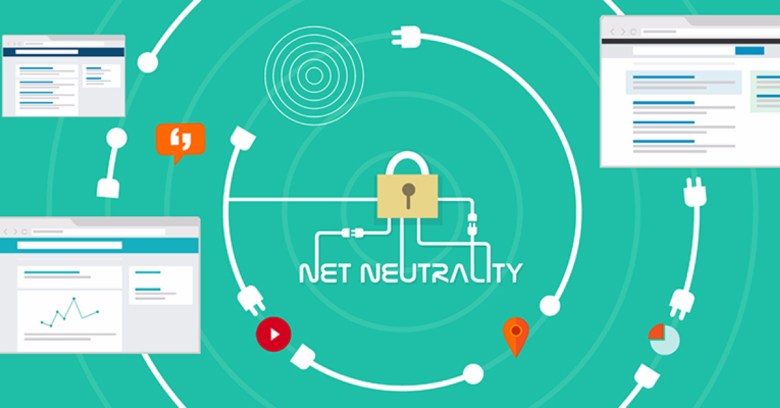 That’s one predicted scenario surrounding next month’s expected reversal, by the Republican-majority Federal Communications Commission (FCC), of the Net Neutrality regulations that took effect in June 2015 under President Obama.

Nilay Patel, writing in The Verge, noted this past week that FCC Chairman Ajit Pai thinks it was a mistake for the FCC to prevent Internet Service Provider (ISP) Comcast from blocking (or significantly slowing) traffic from the file sharing service BitTorrent in 2008.

Indeed, within a 188-page “declaratory ruling, report and order” titled “Restoring Internet Freedom [PDF],” Pai noted that he’s not the only one who thinks that – a federal appeals court threw out an FCC order that stopped Comcast from throttling BitTorrent content, a move that Comcast called “managing” its network.

In 2010, the U.S. Court of Appeals for the D.C. Circuit rejected the Commission’s action, holding that the Commission had not justified its action as a valid exercise of ancillary authority.

That, of course, is just one contentious issue in what has become a political firestorm over the Trump administration’s effort to eliminate FCC regulation of the internet, which took effect in June 2015, at the urging of President Obama.

But it is also a prime illustration of the fundamentals of the arguments on both sides, with voting on the rollback set for 14 December, and a national day of protest set for a week earlier, on 7 December.

For Net Neutrality advocates, that kind of government regulation is the only way to ensure that everybody gets equal access to the internet –the sites they want at the same speed as everybody else, and with all sites competing on a level playing field. It includes the expectation that there will be no “fast lanes” for the rich/elite and “slow lanes” for everybody else, and that ISPs won’t be able to block access to content, applications or websites that subscribers want.

The fear is that if Net Neutrality is revoked, Comcast and other ISPs will be free to go back to choking certain content and sites.

As Save the Internet puts it:

Without Net Neutrality, cable and phone companies could carve the internet into fast and slow lanes. An ISP could slow down its competitors’ content or block political opinions it disagreed with. ISPs could charge extra fees to the few content companies that could afford to pay for preferential treatment – relegating everyone else to a slower tier of service.

In reply, Pai insists that what he is proposing will be much better for average consumers. In a speech last spring at the Newseum in Washington, DC, he repeatedly emphasized the bipartisan support of the pre-2015 internet. Pai hailed the internet as the “greatest free-market success story in history,” thanks to:

…a landmark decision made by President Clinton and a Republican Congress in the Telecommunications Act of 1996. In that legislation, they decided on a bipartisan basis that it was the policy of the United States “to preserve the vibrant and competitive free market that presently exists for the internet… unfettered by Federal or State regulation.

And he said Net Neutrality, which classified broadband as a “Title II telecommunications service” instead of a “Title I information service,” created the kind of “heavy handed” regulation that was designed in the 1930s “for the Ma Bell monopoly,” and has stifled broadband investment and innovation.

Among our nation’s 12 largest internet service providers, domestic broadband capital expenditures decreased by 5.6% percent, or $3.6 billion, between 2014 and 2016, the first two years of the Title II era… the first time that such investment has declined outside of a recession in the internet era.

Pai contended that when investment in broadband declines, it is “low-income rural and urban neighborhoods” that suffer the most, since they generate the most marginal returns on investment.

Beyond that, back in 2007 when the Associated Press did its own investigation of Comcast slowing or blocking peer-to-peer (P2P) file sharing, CBS reported that the argument from Comcast and other ISPs for what they called “traffic shaping” was that a relatively small number of subscribers who were intense users of file-sharing services like BitTorrent, eDonkey and Gnutella, were hogging 50% to 90% of all internet traffic, slowing it down for everybody else.

In 2009, Comcast agreed to pay $16m to settle a class action lawsuit over the throttling of P2P connections. But, as Ars Technica reported at the time, that amounted to all of about $16 to those who submitted a valid claim for damages.

Pai insists that “transparency rules” under his proposed regulation will require ISPs to disclose any disparities in treatment of its customers, and that subscribers who think they are being treated unfairly can complain to the Federal Trade Commission (FTC) under antitrust and consumer protection laws.

But, as Patel pointed out, in today’s broadband market, “51% of Americans only have one choice of broadband provider.”

The rollback of Net Neutrality, “is not how the internet should work,” he wrote, closing with the exhortation: “Call Congress.”

14 comments on “The end of net neutrality draws near”