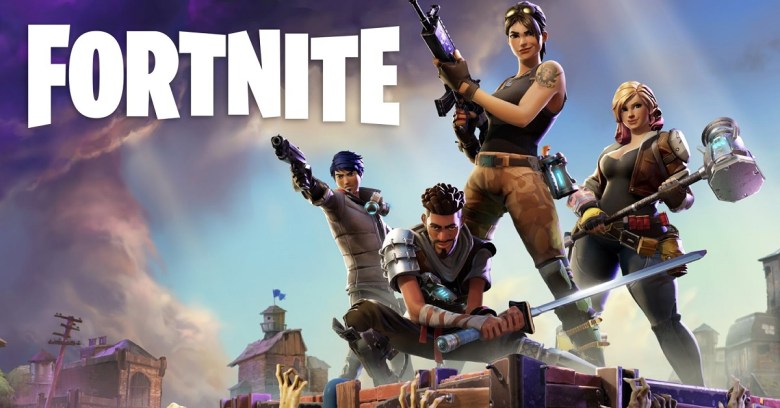 You can blow people to smithereens, for free, in the Battle Royale of Epic Games’ co-op survival and building action game Fortnite.

For free. As in, the studio can’t lose money on this virtual shooter game. So why in the world is it suing a 14-year-old kid for publishing cheat code?

Exactly, says The Kid’s Mom, who wrote a letter to the court in his defense. As far as she’s concerned, her son’s been made into a scapegoat. She’s also charging Epic with breaking Delaware state law by publishing a minor’s name, which has led to news agencies spreading it far and wide, and which has led me to call him The Kid and his mom Epic Mom.

Epic Mom’s letter has since been published online: you can read it here.

Last month, Epic took the unusual step of banning two Fortnite players from the game for prolific cheating. But it didn’t stop there: the studio also took them to court, charging copyright infringement.

Torrent Freak has published the complaints, one against a “Charles Vraspir”, the other against a “Brandon Broom”.

Both are accused of violating Fortnite’s terms of service and EULA by cheating. Specifically, they’re accused of modifying and changing the game’s code, committing copyright infringement in the process. From one of the complaints:

Defendant’s cheating, and his inducing and enabling of others to cheat, is ruining the game playing experience of players who do not cheat. The software that Defendant uses to cheat infringes Epic’s copyrights in the game and breaches the terms of the agreements to which Defendant agreed in order to have access to the game.

What Epic likely didn’t know is that one of those cheaters is a minor. The studio may have found his name on YouTube without knowing his real age, Torrent Freak suggests. At any rate, The Kid, whose name apparently isn’t Broom or Vraspir, got booted off the game at least 14 times since he started playing. Epic would kick him off, and he’d just cook up a new account and come back, firing away.

The Kid’s family apparently didn’t hire a lawyer. Instead, Epic Mom jumped into the fray.

Some of the points she makes in her letter to the court:

Epic Mom says in the letter that Epic’s inability to curb cheat codes or to keep others from modifying the game have led to the studio “using a 14-year-old child as a scape goat to make an example of him,” instead of going after the websites that publish the cheat codes in the first place.

Furthermore, she says, Epic has released her son’s name publicly, which has led to publications spreading his name and other information far and wide. That’s illegal under Delaware state law, she said (I couldn’t locate any such House Bill No. 64, which she references, but given that I Am Not a Lawyer but Epic Mom Sure Sounds Like One, let’s just agree to keep their names out of this story).

According to the BBC, many of the commenters on The Kid’s YouTube cheating tutorial said he was in the wrong.

As Epic claims, the cheaters really just want to mess things up. According to Torrent Freak, one of the defendants, “Broom,” was banned once, has previously claimed to be working on his own cheat, and aims to create “unwanted chaos and disorder.” Both he and the other defendant are connected to the cheat provider AddictedCheats.net, either as moderators or support personnel, Torrent Freak reports.

And they aren’t exactly what you’d call polite about any of their cheating mayhem. From Torrent Freak:

They specifically target streamers and boast about their accomplishments, making comments such as ‘LOL I f*cked them’ after killing them.

It’s hard to argue with Epic Games on this point: “Nobody likes a cheater. And nobody likes playing with cheaters.”

These axioms are particularly true in this case. Defendant uses cheats in a deliberate attempt to destroy the integrity of, and otherwise wreak havoc in, the Fortnite game.

As Defendant intends, this often ruins the game for the other players, and for the many people who watch ‘streamers’.

At any rate, Epic Games, good luck arguing that with Epic Mom: she with rhetorical and legalistic ammunition akin to one of those virtual shoulder rocket launchers your virtual fighters use to such kaboomy advantage.