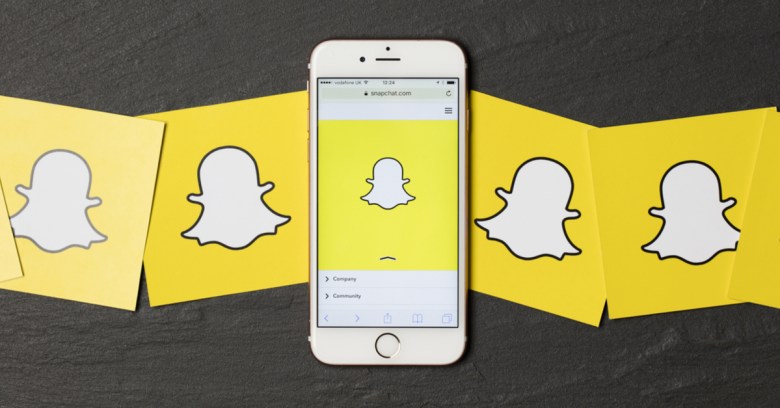 Here’s the problem with social media echo chambers: they contain the opinions of other people!

Snapchat wants to fix that. It’s working on a redesign that strips the social from media, separating friends and family updates in one section of the screen and putting media – as in, vetted news from publishers, stories from around the world, or stories from people you follow but don’t know personally – in another spot, in a “Discover” page.

It’s also changed the way you’ll view your friends’ updates. Snapchat says its new “sophisticated Best Friends algorithm” chooses which friends you see the most of based on the way you communicate with them.

As always, the app will open to the camera. On the left of the screen will be friends’ chats and stories, and on the right of the camera will be Stories from publishers, creators, and the community.

Both the Friends slot and the Discover page will over time learn what you like and which friends you really want to talk to.

The redesign is intended to promote more intimate sharing among friend groups while pushing professionally produced content into a separate feed.

We’ll see the redesign starting this week as it’s rolled out for a small test group. It’s expected to roll out more broadly in coming weeks.

In a blog post, Snapchat said that the way that social media has mixed friends with brands has been “an interesting internet experiment,” but it’s one that’s had some “strange side-effects,” such as fake news:

While blurring the lines between professional content creators and your friends has been an interesting internet experiment, it has also produced some strange side-effects (like fake news) and made us feel like we have to perform for our friends rather than just express ourselves.

In an opinion piece posted by Axios on Wednesday morning, Snapchat CEO Evan Spiegel said that social media has fueled fake news because…

Snapchat’s solution to the fake news dilemma is to base algorithms on a user’s interests – not on the interests of “friends” – and to make sure media companies also profit off the content they produce for Snapchat’s Discover platform.

We think this helps guard against fake news and mindless scrambles for friends or unworthy distractions.

In order to personalize the Stories created by publishers – as in, those that aren’t curated by friends – Snapchat is taking a page from what Netflix does: it uses machine learning algorithms to recommend content based on what subscribers have watched in the past.

Research shows that your own past behavior is a far better predictor of what you’re interested in than anything your friends are doing. This form of machine learning personalization gives you a set of choices that does not rely on free media or friend’s recommendations and is less susceptible to outside manipulation.

Spiegel went into the same kind of soul-searching as that of other social media moguls who’ve been oops!-ifying in these days of the Congressional investigation into Russian trolls planting fake news… and of the people who created the industry stepping back to question the repercussions, such as Facebook “like” button co-creator Justin Rosenstein and former Facebook product manager Leah Pearlman having both implemented measures to curb their social media dependence…

…and of Facebook ex-president Sean Parker doing his own “what were we thinking?” last week, when he told Axios that from the start, social media engineers have been knowingly exploiting a vulnerability in human psychology to get us all addicted to social validation feedback loops and their sweet, sweet dopamine jolts… and of Loren Brichter, designer of the pull-to-refresh tool first seen in the Twitter app, also admitting that the social media platform and the tool he created are addictive.

For his part, Spiegel says that personalized newsfeeds have “revolutionized the way people share and consume content,” but the collateral damage has included “a huge cost to facts, our minds and the entire media industry.”

Snapchat thinks the best path out of this fake news craziness is to disentangle social and media, provide a personalized content feed based on what subscribers want to watch and not what your echo-chamber friends post, and to build content feeds on top of human-curated content, rather than just any old globs that pop to the surface of the internet.

4 comments on “Snapchat takes a swipe at fake news”