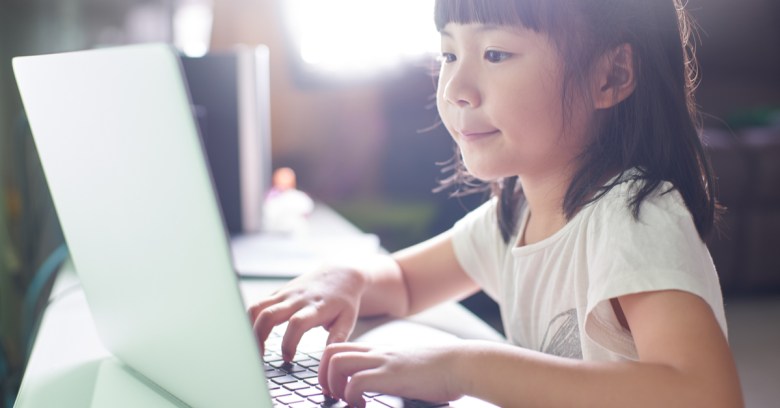 Did you know that up until yesterday, there’s been an unmet need for a messaging app that lets children “connect with people they love” but which also “has the level of control parents want?”

Facebook’s newly announced Messenger Kids app, for the age 6-12 clutch of Facebook users-to-be, won’t have ads. Nor will your kids’ information be used for marketing, Facebook promises.

There won’t be any in-app purchases, either. Whew! That will be a relief for people who’ve, say, joined class action lawsuits to sue Facebook after their tots spent hundreds of dollars on in-game purchases for Ninja Saga… you know, the “What? Virtual currency costs real money?” kind of thing.

No siree, no gunslinging chickens or picnic-lugging bears, courtesy of your online-game-loving offspring, will drain your bank account via Messenger Kids.

In fact, Messenger Kids has been designed to be compliant with the Children’s Online Privacy Protection Act (COPPA). Congress enacted the legislation in 1999 with the express goal of protecting children’s privacy while they’re online. COPPA prohibits developers of child-focused apps, or any third parties working with such app developers, from obtaining the personal information of children 12 and younger without first obtaining verifiable parental consent.

Facebook was careful enough to work with parents, families, US parenting experts, and associations like the National Parent-Teacher Associaton (PTA) (which does not endorse any of this, mind you, Facebook points out).

So why are people ruffled about Messenger Kids? I mean, really, as Gizmodo asked, what could possibly go wrong?

…or, more specifically, in the words of Gizmodo’s Melanie Ehrenkranz, what could possibly go wrong when the land of “rampant harassment, misinformation, and foreign election interference” comes for your kids?

In an email to Gizmodo, a Facebook spokesperson said that the company launched the app because…

…many of us at Facebook are parents ourselves, and it seems we weren’t alone when we realized that our kids were getting online earlier and earlier.

Gizmodo reports that Facebook cited an external study from Dubit that found that 93% of six to 12-year-olds in the US have access to tablets or smartphones. That’s a lot of kids, doing a lot of chatting, without parents’ oversight.

Messenger Kids accounts have to be set up by a parent or carer. All they need to do is download the Messenger Kids app onto their child’s iThing (it’s only out as an iOS preview at this point, and only in the US), authenticate with their own Facebook credentials, trust Facebook when it says that this will neither create a Facebook account for their child nor give them access to their parent’s account, and hand over the device so the child can chat with whatever family or friends the parent approves.

Speaking of Snapchat, how many kids with access to an iThing will actually use a parent-controlled app rather than, well, chatting with whoever they want to, without Mom or Dad’s say-so, on Snapchat? Or YouTube? Or Instagram? Or Musical.ly? Or, for that matter, Facebook itself, sans parental control?

True, those apps require that users be at least 13. But since when has that stopped kids? It’s been estimated that millions of pre-teens log in to Facebook every day.

So maybe getting them out into the open is a good thing, yes? They’re already there, so maybe Facebook’s helping by moving kids to where parents can vet who they’re talking to, yes? Facebook’s also promising to block children from sharing nudity and sexual or violent content. The company also plans to have a dedicated moderation team to respond to flagged content.

That sounds great, in theory. We’ll have to see how it works out in practice. My eyeballs are still seared from seeing what’s been happening on YouTube Kids recently, what with videos targeted at kids but that feature a) cartoon characters that turn into monsters and try to feed each other to alligators, b) a Claymation Spiderman urinating on Elsa of “Frozen”, or c) Nick Jr. characters in a strip club.

YouTube was using human-free, automatic filters that are supposed to strip out any content that’s not child-friendly, so that it can be streamed on what’s supposed to be the kid-safe YouTube Kids site. Not exactly what you’d call fool-proof, that!

Maybe humans at Facebook will do better with Messenger Kids.