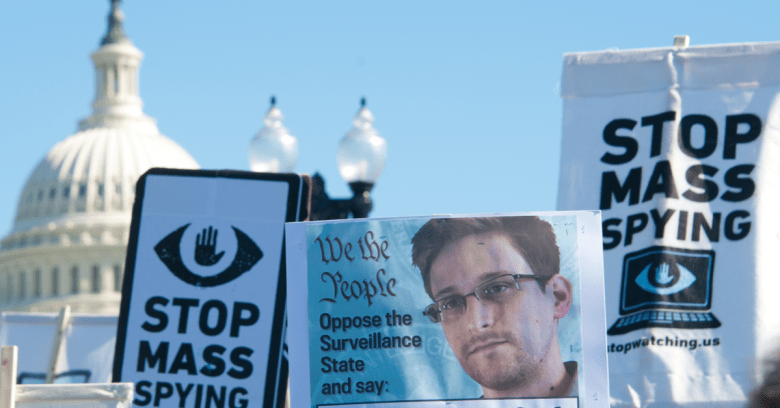 Thought the warrantless surveillance legally enabled by FISA Section 702 was due to go belly up if not reauthorized by New Year’s Eve? Think again, say President Trump’s lawyers: you’re stuck with it until the spring.

For the past year and a half, national security officials in the US have been begging Congress to extend the legal basis for the National Security Agency’s (NSA’s) warrantless surveillance.

That legal basis is the legislative hot potato we know as Section 702 of Title VII of the Foreign Intelligence Surveillance Act (FISA) – a hot potato that was due to grow cold if not renewed in a few weeks, at year’s end.

According to its numerous critics, Section 702 has allowed government intelligence agencies – the NSA, CIA, FBI and the National Counterterrorism Center – to collect and sift through vast troves of information on an unknown number (intelligence agencies won’t say how many) of American citizens, all because it is “incidentally” collected during surveillance of foreign targets. They’ve been able to do it without probable cause, a warrant or any evidence of criminal activity.

As of late last month, there were five proposals in Congress to curb the warrantless surveillance powers granted by Section 702.

So where are we at, with three weeks left before Section 702 was supposed to bite the dust?

It’s not biting any dust, according to the Trump administration’s lawyers – at least not until 26 April 2018, which is what they’ve determined is the real expiration date.

Brian Hale, a spokesman for the Office of the Director of National Intelligence (DNI), says that even if Congress fails to reauthorize the law by New Year’s Eve, the administration believes that a legal wrinkle makes it OK to keep it going for a few more months. Namely, according to the New York Times, the secretive Foreign Intelligence Surveillance Court (FISC) sets rules for the program and authorizes it to operate for 12 months.

Not that the DNI isn’t expecting the law to be reauthorized by year’s end, mind you, Hale said:

We fully expect Congress to reauthorize this critical statute by the end of the year. Not doing so would be unthinkable in light of the considerable value Section 702 provides in protecting the nation.

But it wouldn’t matter either way, given that the last time FISC reauthorized Section 702 was on 26 April 2017. Add one year, and there you have it: the new shelf life is therefore up on 26 April 2018, as far as the executive branch’s lawyers figure it.

On the plus side, if the lawyers’ argument holds up, it will mean more time to hash out what limits, if any, lawmakers can agree to impose on the information on Americans that gets swept up into surveillance dragnets that are supposed to only target foreigners.

At any rate, extension of Section 702 may be intelligence agencies’ top priority, but that doesn’t mean it’s top of mind for Congress: rather, lawmakers have had their hands full with pushing through a tax plan.

The intelligence agencies have made Section 702 reauthorization to be a matter of vital importance, but as Senator Ron Wyden explained to the New York Times, that’s just what they do: they wait “until the last minute” to object to an expiration date, and then they spook us with the specter of dire consequences if they don’t get their way. That’s why he’s fine with the prospect of having more time for thoughtful consideration of Section 702:

We’ve seen this movie before: wait until the last minute, and then say, ‘crowded congressional calendar, dangerous world, we’ve just got to go along with it.’ Anything now that creates an opportunity for several months of real debate, I’ll listen to.