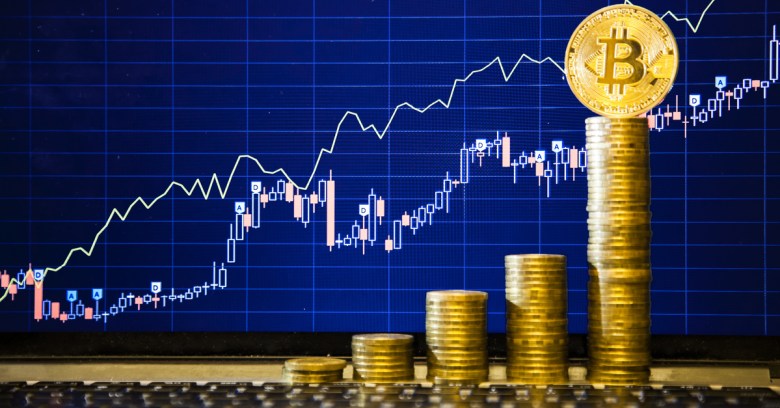 How can you lose in the cryptocurrency game? We have counted the ways before – hacks of exchanges, “frozen” wallets, stolen passwords, volatility and more – Naked Security’s Paul Ducklin cited more than a half-dozen examples back in 2014.

But the list keeps growing – you can now add insider trading (but only pencil it in for now).

Coinbase, the San Francisco-based digital currency exchange, lit up social media in all the wrong ways on Tuesday after it suddenly announced it would allow its users to buy, sell, send and receive Bitcoin Cash (BCH) on its Global Digital Asset Exchange (GDAX), but then suspended trading just four minutes after it began.

The reason? Well, a rocket-like price spike in the hours before trading was enabled might have had something to do with it. BCH, a spinoff last August in a hard fork from the original Bitcoin, had been hovering in the $1,800 to $2,000 range, but in advance of the announcement had jumped to about $3,500 on most exchanges.

However, the GDAX exchange was quoting a price well in excess of twice that – $8,500 (some reports had it at $9,500) – when trading was enabled, which then quickly fell to a little more than $3,000, prompting ferocious complaints.

On the GDAX status page, a quick series of updates tracked the chronology. Trading was enabled at 5:20 p.m.; the order book went back to “post-only” mode four minutes later; and then at 6:30 p.m. came this:

This, according to Adam White, general manager of GDAX, was done, “to ensure a fair and orderly market.” But things were anything but orderly at that point.

Coinbase CEO Brian Armstrong hurriedly took to the company blog to address a flood of accusations of insider trading. He promised an investigation even though, “we have no indication of wrongdoing at this time.”

He said the company has a strict prohibition on employees and contractors from trading on, or communicating to anyone outside the company, “material non-public information,” such as a new asset to its platform. He said the prohibition on trading or disclosing the BCH launch plans had been, “communicated multiple times via multiple channels to employees” a month earlier.

But he said given the price spike in the hours before the announcement:

“… we will be conducting an investigation into this matter. If we find evidence of any employee or contractor violating our policies — directly or indirectly — I will not hesitate to terminate the employee immediately and take appropriate legal action.”

For burned customers, there was no “if” about it. They took to Twitter to level their accusations of insider trading, despite assurances from Coinbase that “employees have been prohibited from trading in Bitcoin Cash for several weeks”:

Sure, this volume before the announcement is purely coincidental. Good grief. pic.twitter.com/XUazkjJ411

Yet another update from GDAX just after 8 p.m. PST on Tuesday said BCH markets would reopen on Wednesday at 9 a.m., adding, “at that time, BCH markets will enter post-only mode for a minimum of one hour to allow liquidity to be established.”

The opening was then announced on schedule, and it apparently took two hours to “establish liquidity.” An update at 11:01 said, “Trading is now live on BCH-USD. If significant volatility is observed, GDAX will pause trading.”

BCH was created after some developers became frustrated at the increase in transaction times for original Bitcoin. They improved transaction speed for BCH by modifying the blockchain to allow more data to be processed at a time.

And initially, Coinbase was among numerous exchanges that refused to support it. That changed at least a month ago, however, based on Armstrong’s post, perhaps because of its growing popularity. Coinmarketcap ranks BCH as the world’s third largest cryptocurrency, with a market capitalization of $59 billion. It puts its value at midday on Wednesday at $4,160 – less than half of what it had been on GDAX a day earlier, but more than twice what it had been just days ago.