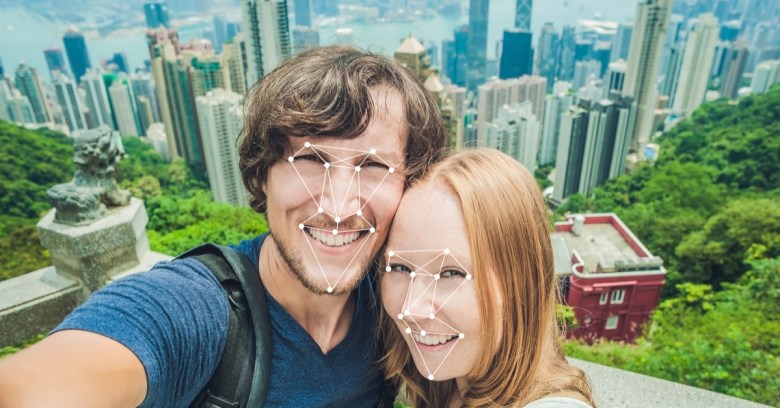 Facebook on Tuesday announced a new facial recognition tool that can spot you even when you haven’t been tagged – handy when some identity thief goes and puts up an account with your photo.

It also introduced a way for the visually impaired to know more about who’s in the photos they encounter on Facebook.

You might be a bit dizzy from Facebook’s ever-changing privacy controls. You might be wondering how to keep yourself from ever being tagged in the first place, which would be pretty nice, privacy-wise. Sorry, Charlie: long story short, we’re still stuck with having to go untag ourselves, since nobody’s forced to ask us before they do the deed.

Short story long, on the facial recognition front Facebook says it’s received feedback from people saying that they’d find it easier to manage face recognition through a simple setting, so it paired the new tools with a single on/off control. It says that if your tag suggestions setting is currently set to “none,” then your default face recognition setting will be set to “off” and will remain that way until you decide to change it.

At which point you may be saying, as was I, Who now? What? Where dat?

For which Facebook has this page with instructions about how to turn off tag suggestions for photos of you. Mind you, it doesn’t stop anybody from tagging you – all it does is stop Facebook from suggesting that people tag you in photos that look like you.

Anyhow, back to the notifications when Facebook spots photos of you even though you haven’t been tagged: from hereon in, if you’re part of the audience allowed to see the image, you can choose whether to tag yourself, roam free and untagged like the wild mustang you are, or reach out to the person who posted the photo if you have concerns about it.

You can, that is, unless you’re in Canada or the EU, where all this is moot: Facebook doesn’t currently offer facial recognition there (a situation brought about after backlash from users and regulators. In 2012, the company, under pressure, turned off facial recognition in Europe and deleted the user-identifying data it already held.)

If you’re in a photo but you’re not in the post’s selected audience, you are out of luck, since Facebook says it “always respect[s] the privacy setting people select when posting a photo on Facebook (whether that’s friends, public or a custom audience).” Thus, you can still be in a photo and not receive a notification if you’re not in the audience.

At any rate, the new use of facial recognition is mostly about letting you know if someone has uploaded your photo as their profile picture. Facebook wants to prevent people from impersonating others on the platform.

This isn’t the first approach it’s taken to the problem: In March 2016, it was testing a feature that alerted users if somebody was impersonating them. Impersonation was one reported source of harassment that was brought up in a series of roundtables the company held around the world to discuss women’s safety on social media.

With regards to helping the visually impaired, two years ago, Facebook launched an automatic alt-text tool that describes photos to people with vision loss. Combining it with facial recognition will enable people who use screen readers to know who appears in photos in their News Feed even if people aren’t tagged.

A little background on all this facial recognition stuff:

Since 2010, face recognition technology has “helped bring people closer together on Facebook.”

Let’s rewrite the fairy tale from the perspective of we, the huddled, relentlessly tagged masses: Since 2010, Facebook’s been “helping us” by facially recognizing people in photos, suggesting their names for tagging, and not bothering to ask the people whom Facebook thought it had recognized whether or not they actually wanted to be tagged.

There have been notifications when we’re tagged, and then we’ve had to go untag ourselves. We have not, mind you, been notified before we’ve been tagged, in case we don’t want to be tagged in the first place, by the paparazzi we call friends and family.

Since 2010, Facebook’s facial recognition has gone through all sorts of gyrations. At one point, Facebook appeared to have gotten to the point where its systems don’t even have to see your face to recognize your face. In 2015, Facebook’s artificial intelligence team scored 83% facial recognition accuracy, even for photos where faces weren’t clearly visible, by relying on cues such as a person’s stance and body type.

All this, in spite of the fact that people overwhelmingly loathe it when their photos are posted without their approval.

To Facebook’s credit, though, it’s done at least one privacy-positive thing vis-a-vis facial recognition: in November 2015, the company said it was putting together a program to warn parents before they share photos of children publicly instead of just with friends.

(Its Jabba the Hut of a face database hasn’t exactly given up on bread and pasta, however; in April 2016, Facebook announced that it was moving beyond still photos to auto-tagging faces [and cats, and fireworks, and food] in videos. Talk about shooting growth hormones into a database!).

The heads-up to parents was a good step. We can count the extra help for the visually impaired to that side of the facial recognition ledger, too. Also, being told when people are using your photos as their own profile pictures is a win.

We’d still like to see Facebook come out with a setting where you specify that you can’t be tagged at all. Or how about going backwards one more step in the process?

Given that Facebook can recognize your likeness without you being tagged, it would seem to be possible that the company could offer a setting through which users could choose to have photos of themselves pre-emptively barred from being posted at all.

Would you opt for that one?