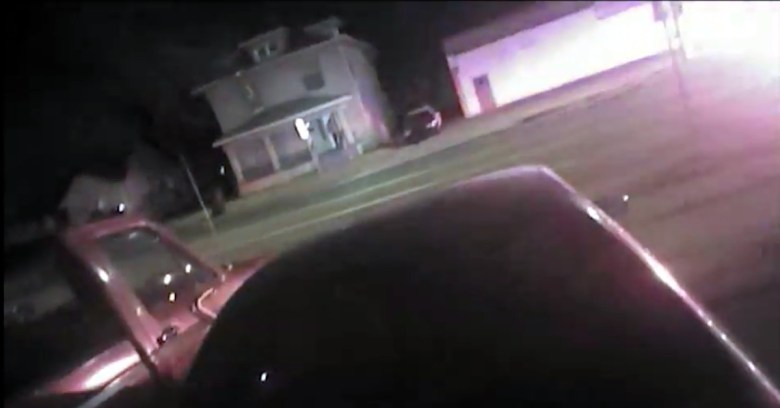 A 25-year-old man has been arrested in Los Angeles in connection with a recent swatting incident in Wichita, Kansas.

According to investigative cybersecurity journalist Brian Krebs, who has been the victim of swatting attacks himself from crooks he has outed on his blog, this incident “reportedly originated over a $1.50 wagered match in the online game Call of Duty.”

“Swatting” involves calling the emergency services and quite deliberately making a false report of a violent incident at someone else’s address so that armed police turn up and storm the place, believing that a serious crime is in progress.

The word comes from the abbreviation SWAT, short for Special Weapons And Tactics, the name given to law enforcement teams that are dispatched to respond to this sort of incident.

At the very best, the outcome of a hoax “swat” call is that the victim suffers a traumatic experience from being confronted by armed police.

Sadly, however, the result was much worse in the recent Kansas incident: a man at the property was shot and killed by mistake in the course of the raid.

As Krebs explains it:

It appears that the dispute and subsequent taunting originated on Twitter. One of the parties to that dispute — allegedly using the Twitter handle “SWauTistic” — threatened to swat another user who goes by the nickname “7aLeNT“. @7aLeNT dared someone to swat him, but then tweeted an address that was not his own.

Swautistic responded by falsely reporting to the Kansas police a domestic dispute at the address 7aLenT posted, telling the authorities that one person had already been murdered there and that several family members were being held hostage.

Police in Wichita, Kansas, have published the audio of the swatting call, during which a male voice can be heard saying:

Later on, the caller claims to be pointing the gun at his mother and his little brother “to make sure they stay in the closet.”

When the dispatcher asks if he’ll give up the gun, he replies that “if you guys are going to send someone round here, I’m definitely not going to put it away,” and warns the dispatcher that he’s doused the house with gasoline (petrol) and might set it on fire.

Krebs goes on to describe how someone claiming to be the perpetrator made online contact with him shortly after the incident; Krebs ascertained that his anonymous contact semed to have a history of making fake bomb threats and falsely calling armed police to other people’s houses.

According to Krebs, this person told him that “bomb threats are more fun and cooler than swats in my opinion and I should have just stuck to that.”

If the suspect arrested in LA, turns out to be the guilty party in this tragic escalation of a Twitter argument, he may have cause to change his mind about how “cool” such behaviour really is.

Our thoughts go out to the family of the innocent victim in this sordid saga.