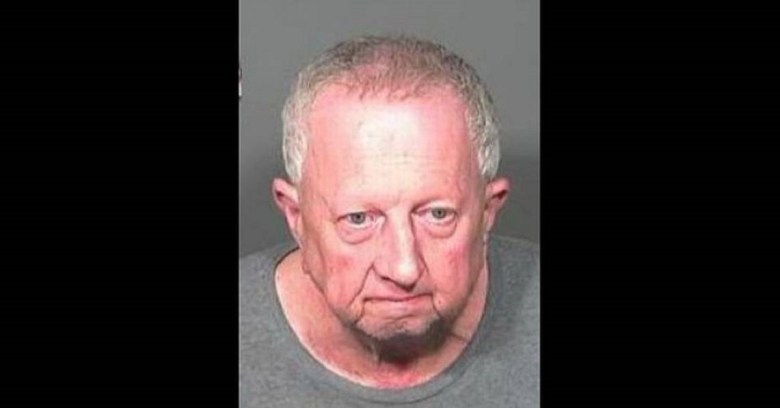 Somewhere in Nigeria, Sunday was a sad day, for on that day, a prince lost his valet.

Well, a “Nigerian Prince” lost what’s better known as his mule, depending on whether charges stick. Police in the Louisiana town of Slidell in the US announced on Sunday that they’d arrested 67-year-old Michael Neu for 269 counts of wire fraud and money laundering.

On Tuesday, Slidell detectives told local news outlet NOLA/The Times-Picayune that the scams, which also included romance scams, raked in more than $250,000. The detectives said that so far, they’ve tracked transactions involving victims in 17 states, including some in Louisiana.

Neu reportedly admitted to being a middle man for the scammers. He was arrested on 28 November and, as of Tuesday, was in custody pending $30,000 bond. NOLA reports that Slidell police had asked Neu to come in for a chat after they got a request in May 2016 from police in Dodge City, Kansas, to check him out. That request had been sparked by a complaint from somebody in Dodge City who said they’d been ripped off in an internet scam, having sent thousands of dollars to Neu.

He was. When he came in for a conversation with the Slidell detectives, Neu reportedly told them that years earlier he’d been victimized in a romance scheme himself, by someone he met on Facebook who called themselves “Maria Mendez.” At some point, he switched from being a victim to being a middleman in the scams, NOLA reports.

Neu himself wasn’t the purported Nigerian prince, per se. The investigation picked up the “Nigerian” tag at some point, police said, though the origin was romance scam. Neu wasn’t personally offering to share a percentage of millions of princely dollars in exchange for illegally transferring the loot out of the country.

Nonetheless, police said that some of the money obtained by Neu did, in fact, wind up being wired to co-conspirators in Nigeria.

You likely know the drill with these scams, which are also referred to as Nigerian letter or 419 scams: there’s typically an email from a purported Nigerian prince who claims something like he’s the named beneficiary in a will, where he stands to inherit an estate worth a million or more, or that you’re the beneficiary.

The thing is, he needs personal financial information from the victim – who’s obviously not adverse to ripping off the Nigerian government and hence, in FBI parlance, shows a “propensity for larceny” – to prove their trustworthiness. Or if you’re the alleged beneficiary, you then have to prove you’re you… which typically involves sending blank letterhead stationery, bank name and account numbers, and other identifying information using a fax number given in the letter or return email address provided in the message.

And then come all those darn fees. There’s just so much red tape involved in illegally transferring princely piles of plunderage. Or in helping the newfound love of your life out of debt, for that matter. The prince has to draw up an affidavit, pay the fees for the checks so they can clear, cover the contract tax, stamp the duty payment, grease some palms, or, say, get human body parts to satisfy the voodoo part of the deal.

Crazy, huh? Who would fall for such a scam?

Well, let’s see: That would be A LOT OF PEOPLE.

The FBI’s Internet Crime Complaint Center (IC3), which monitors internet scams, said in its 2016 Internet Crime Report that it had received a total of 298,728 complaints with reported losses in excess of $1.3 billion for the year. 419 scams – so-called because the number “419” refers to the section of the Nigerian Criminal Code dealing with fraud – were one of the top three crime types reported by victims.

Those victims can be practically any age, though the older the victims get, the more money the scammers tend to make off with. People in their 30s and those older than 60 each make up about 20% of the total number of victims, according to the IC3.

At any rate, back to Neu. Slidell police said that they arrested him after an “extensive” 18-month investigation that’s still ongoing. This is a tough one, they said, given that many leads are leading to people who live outside of the country.

Slidell Police Chief Randy Fandal warned us all that the arrest is yet another example of how something that sounds too princely perfect likely isn’t for real:

If it sounds too good to be true, it probably is. Never give out personal information over the phone, through email, cash checks for other individuals, or wire large amounts of money to someone you don’t know. 99.9% of the time, it’s a scam.

Here are some tips on how to avoid Nigerian letter or 419 scams: