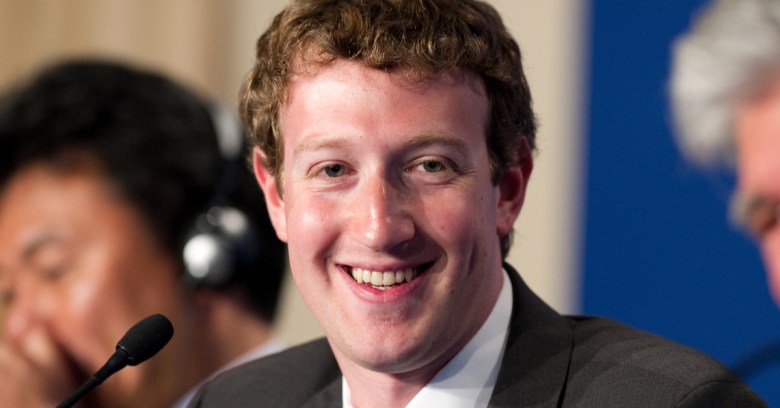 Mark Zuckerberg, the wizard who pulls the levers behind the Facebook curtain, has set himself a doozy of a challenge for 2018: to fix Facebook.

The most pressing problems, he said in a post on Thursday, are protecting the Facebook community from abuse and hate, stopping nation states from using Facebook like a hacky-sack in other countries’ elections, and making sure that all of us dopamine-addicted users spend our time on the platform productively (instead of turning into passive, miserable, Facebook-fixated couch potatoes).

The Facebook CEO has done these personal challenges since 2009, when he decided to dress like a grown-up and wear a tie every day:

That first year the economy was in a deep recession and Facebook was not yet profitable. We needed to get serious about making sure Facebook had a sustainable business model. It was a serious year, and I wore a tie every day as a reminder.

He says that current days feel dire in a similar way to the wear-a-tie, nonprofitable, recession-depressed first year he made a personal challenge:

The world feels anxious and divided, and Facebook has a lot of work to do – whether it’s protecting our community from abuse and hate, defending against interference by nation states, or making sure that time spent on Facebook is time well spent.

My personal challenge for 2018 is to focus on fixing these important issues. We won’t prevent all mistakes or abuse, but we currently make too many errors enforcing our policies and preventing misuse of our tools. If we’re successful this year then we’ll end 2018 on a much better trajectory.

Commenters on his post include people who found Zuckerberg’s goal admirable, as well as those who grumbled about the downsides of the platform.

Facebook itself recently confronted the existential question of whether social media can be bad for us. Last month, Facebook publicly recognized some of its platform’s detrimental effects but suggested the cure is to engage with the platform more: more messages, more comments and more posts. The idea, it said at the time, was to actively engage with friends, relatives, classmates and colleagues, rather than passively consuming content.

Research has showed positives coming out of social media, including self-affirmation coming from reminiscing on past meaningful interactions – for example, seeing photos users had been tagged in and comments left by friends. But social media also has a darker side: social media-enabled trolling that can lead to problems as severe as suicide.

Facebook’s acknowledgement that social media can be bad for us came after months of soul-searching, and a good deal of regret, from the very people who built Facebook. For example, former Facebook vice-president of user growth Chamath Palihapitiya last month gave a scathing speech about the corporation, saying that he regrets his part in building tools that destroy “the social fabric of how society works.”

The month before, Facebook ex-president Sean Parker admitted that Facebook creators were from the start well aware that they were exploiting a “vulnerability in human psychology” to get people addicted to the “little dopamine hit” when someone likes or comments on your page.

It’s easy enough to point out where Facebook needs fixing. It’s tougher to come up with ways to fix the vast problems Zuckerberg has outlined – something he noted himself in his post:

These issues touch on questions of history, civics, political philosophy, media, government, and of course technology. I’m looking forward to bringing groups of experts together to discuss and help work through these topics.

He pointed to one example as that of the centralization of power in technology, which is the opposite of what many set out to do when building the internet we now have:

But today, many people have lost faith in that promise. With the rise of a small number of big tech companies – and governments using technology to watch their citizens – many people now believe technology only centralizes power rather than decentralizes it.

Pushing against such trends are the rise of encryption and cryptocurrency, Zuckerberg says. Such technologies take power away from centralized systems and “put it back into people’s hands,” he said.

But without regulation, those hands can prove to be buttery, he said. Cryptocurrencies can go up in a puff of smoke, for example, leaving little recourse to those with emptied wallets.

Zuckerberg said fine: let’s “go deeper” and figure out how to make these things work for us:

[Decentralized technologies] come with the risk of being harder to control. I’m interested to go deeper and study the positive and negative aspects of these technologies, and how best to use them in our services.